Last night we had a four player game of Sails of Glory.  Stephen N in HMS Royal George (100), Mark B in HMS Goliath (74) fought a bruising battle against Greg in the Imperial (118) and myself in the Generaux (74).  It took three hours to get an outcome as the big ships can take a good deal of punishment. 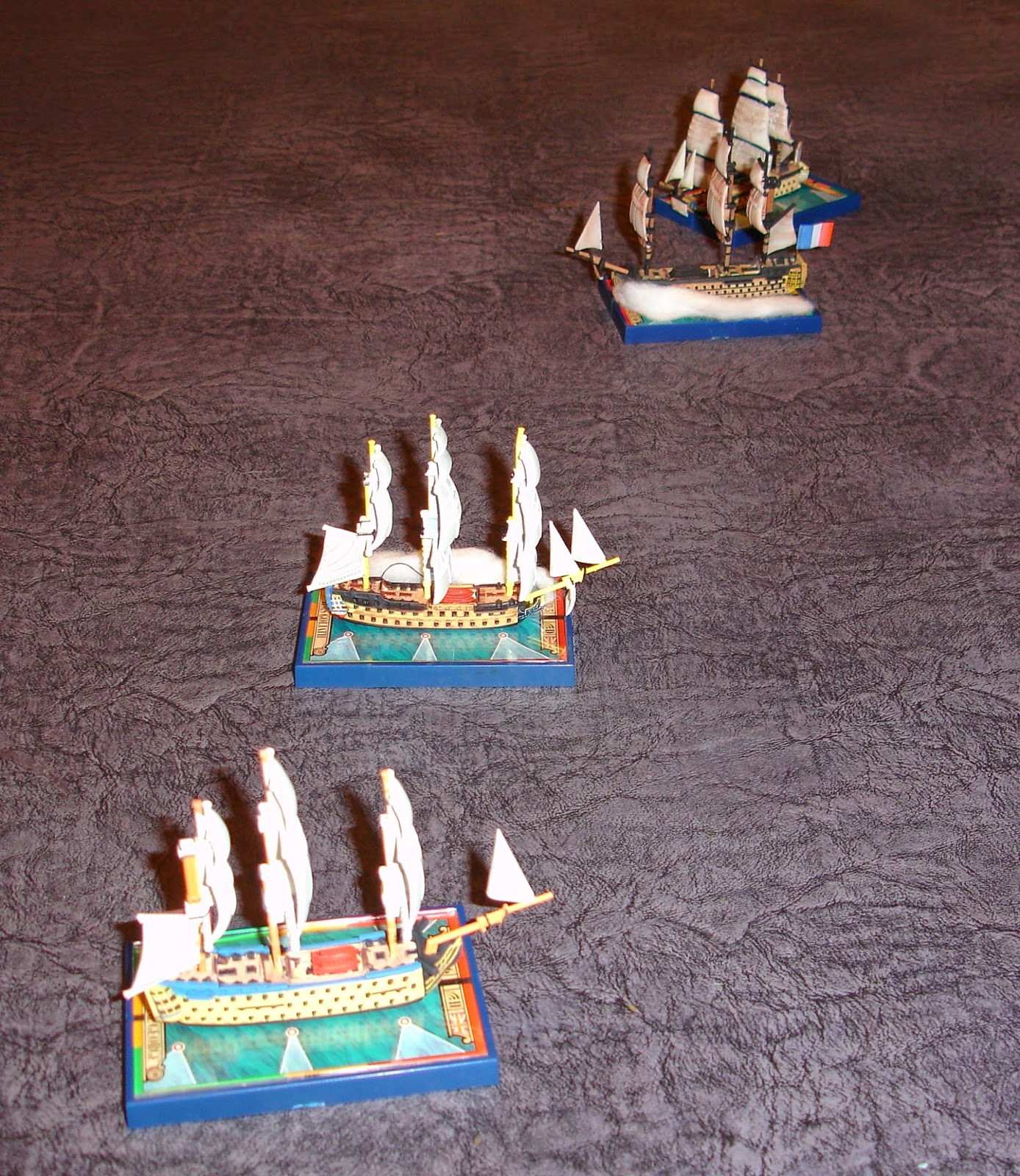 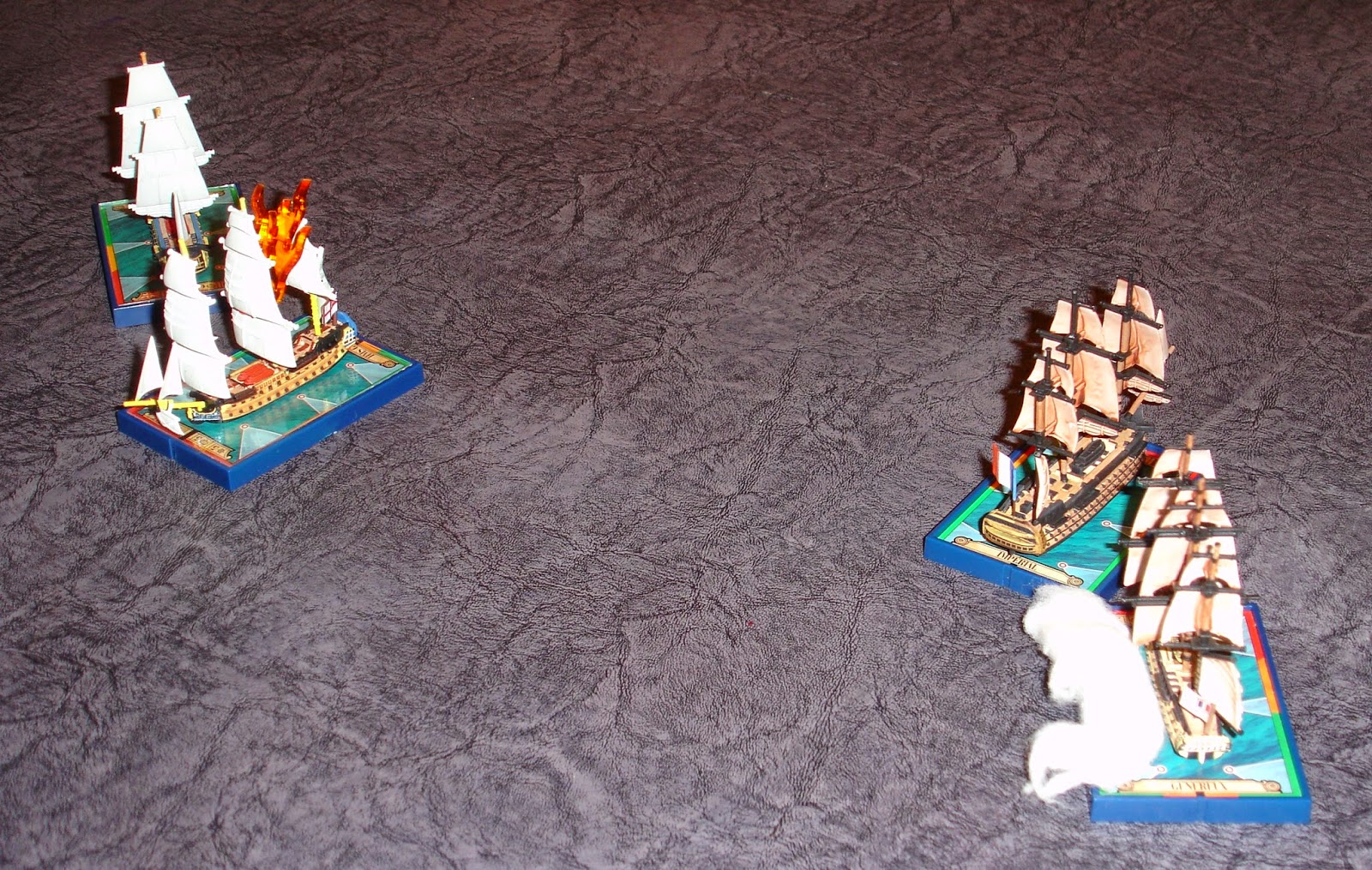 It went bad for HMS Goliath when she caught fire and was subject a broadside from the Generaux. 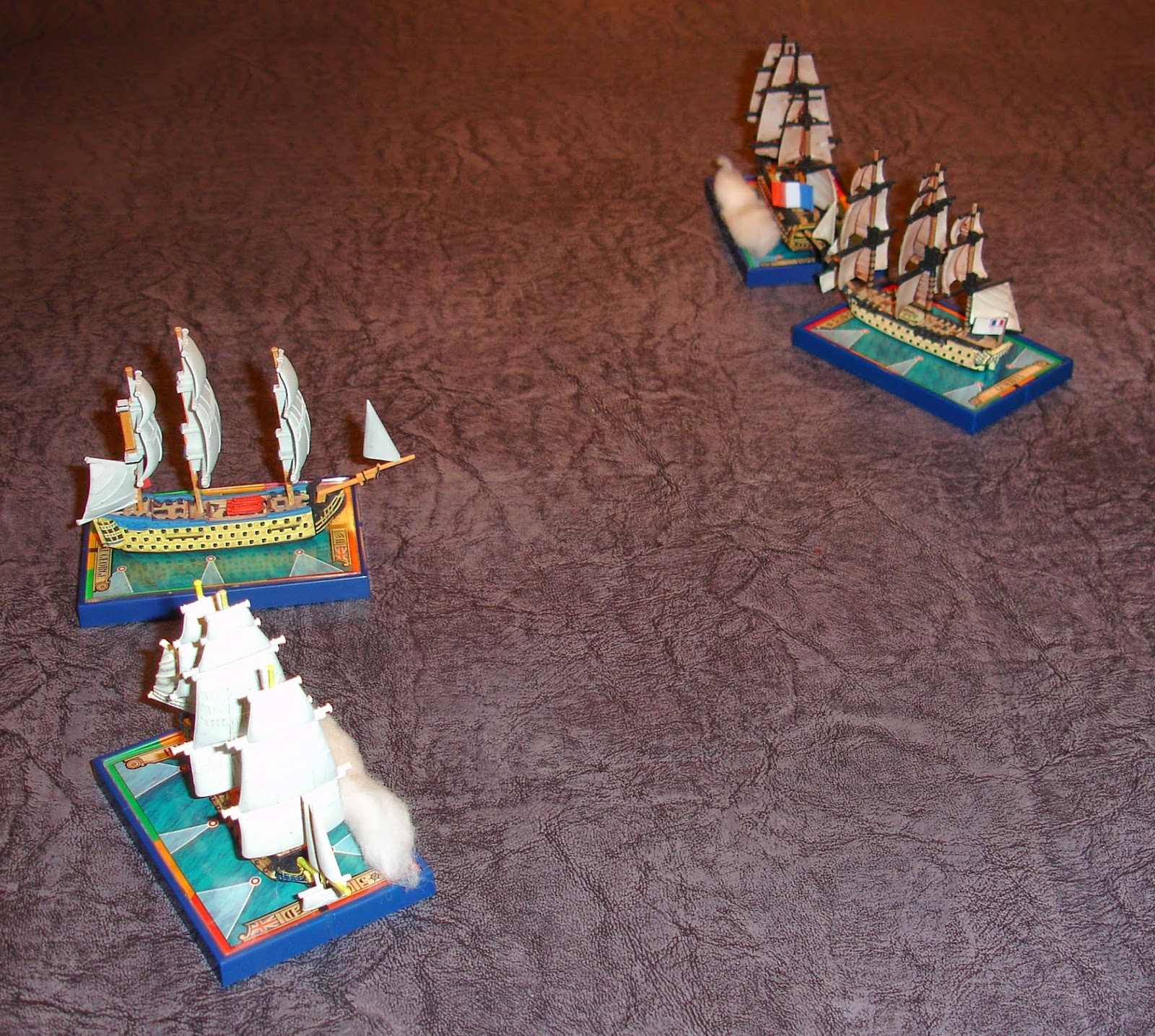 HMS Royal George comes into range of the Imperial, while HMS Goliath gets some return fire against Generaux. 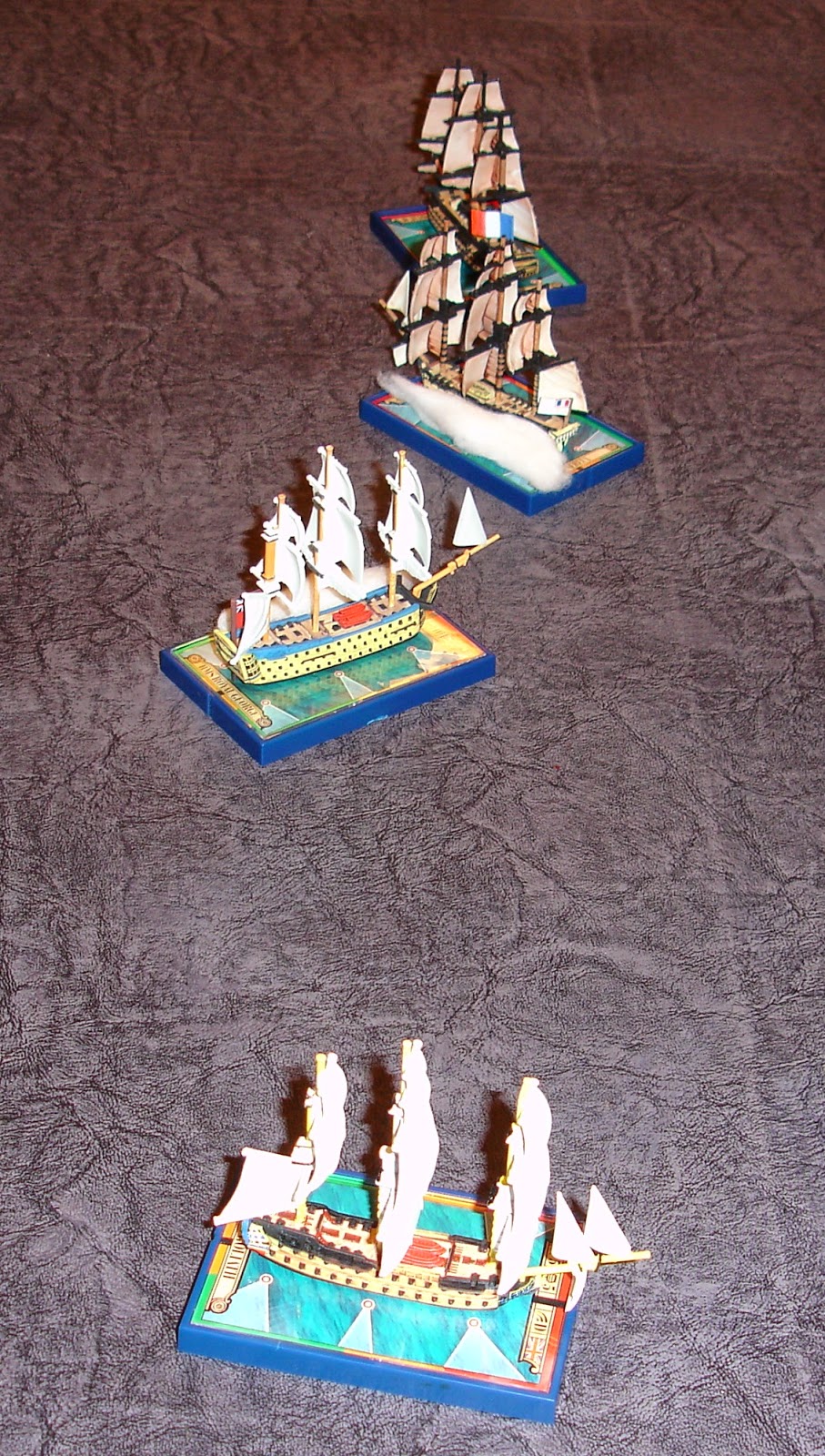 The British are running with the wind.

A murderous close in exchange of fire takes place between the Generaux and HMS Royal George (which is loaded with double shot).  Meanwhile HMS Goliath was able to put out its fire and do some other necessary repairs. 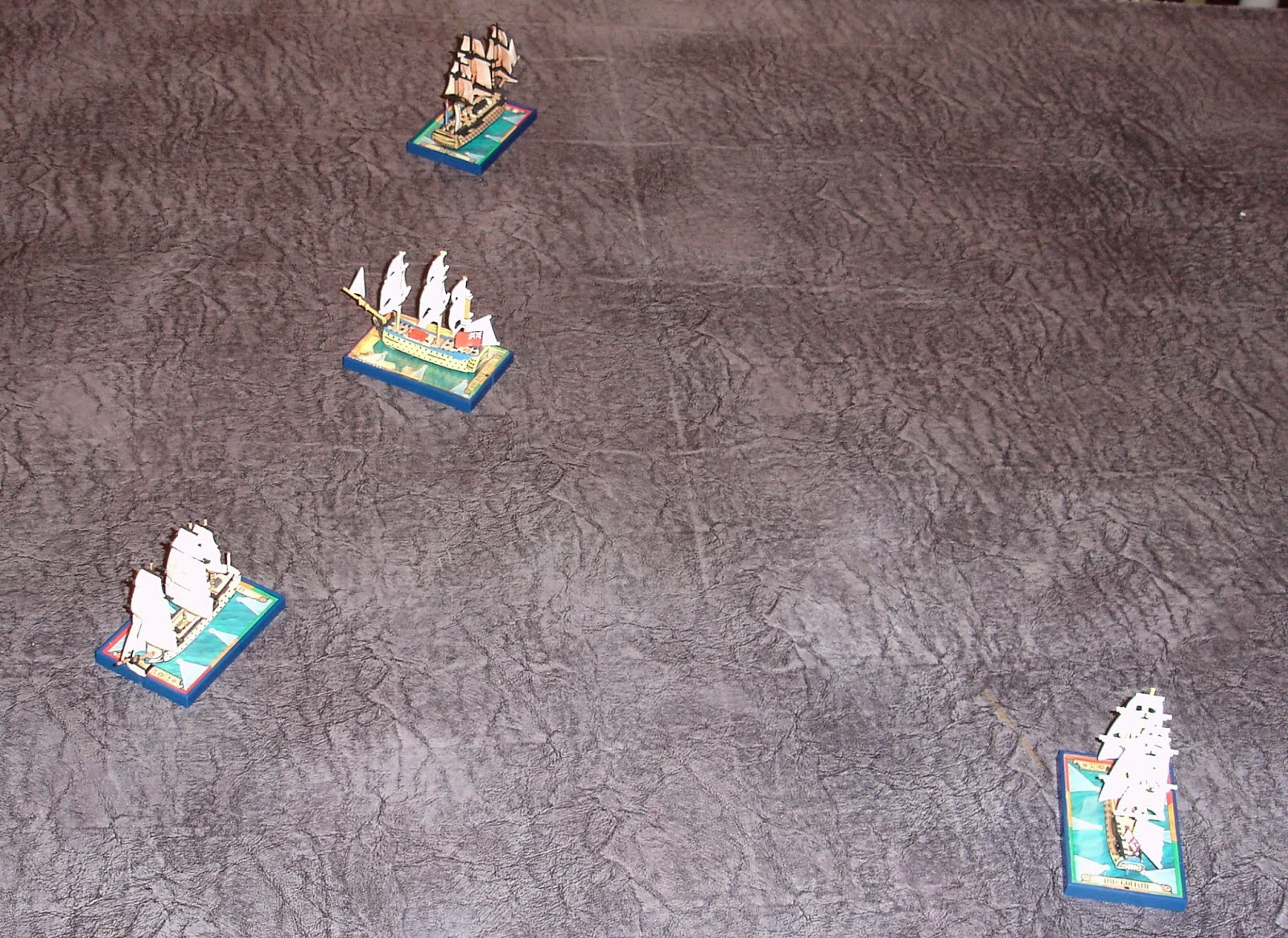 The two French boats give the George a flash of their sterns.  Not sure what the correct naval term for that maneuvre is... 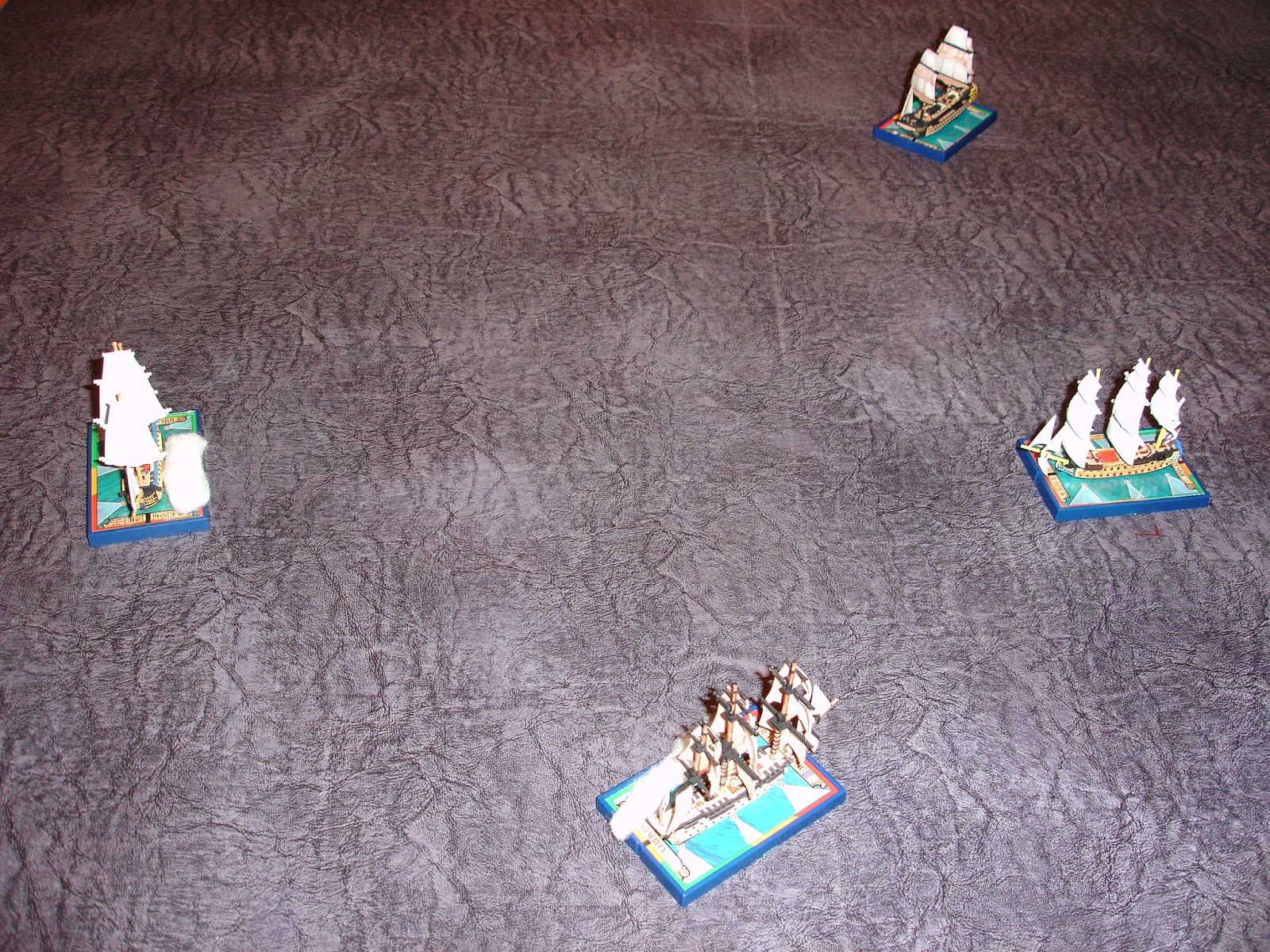 Whatever the term maybe, the George was taken aback. 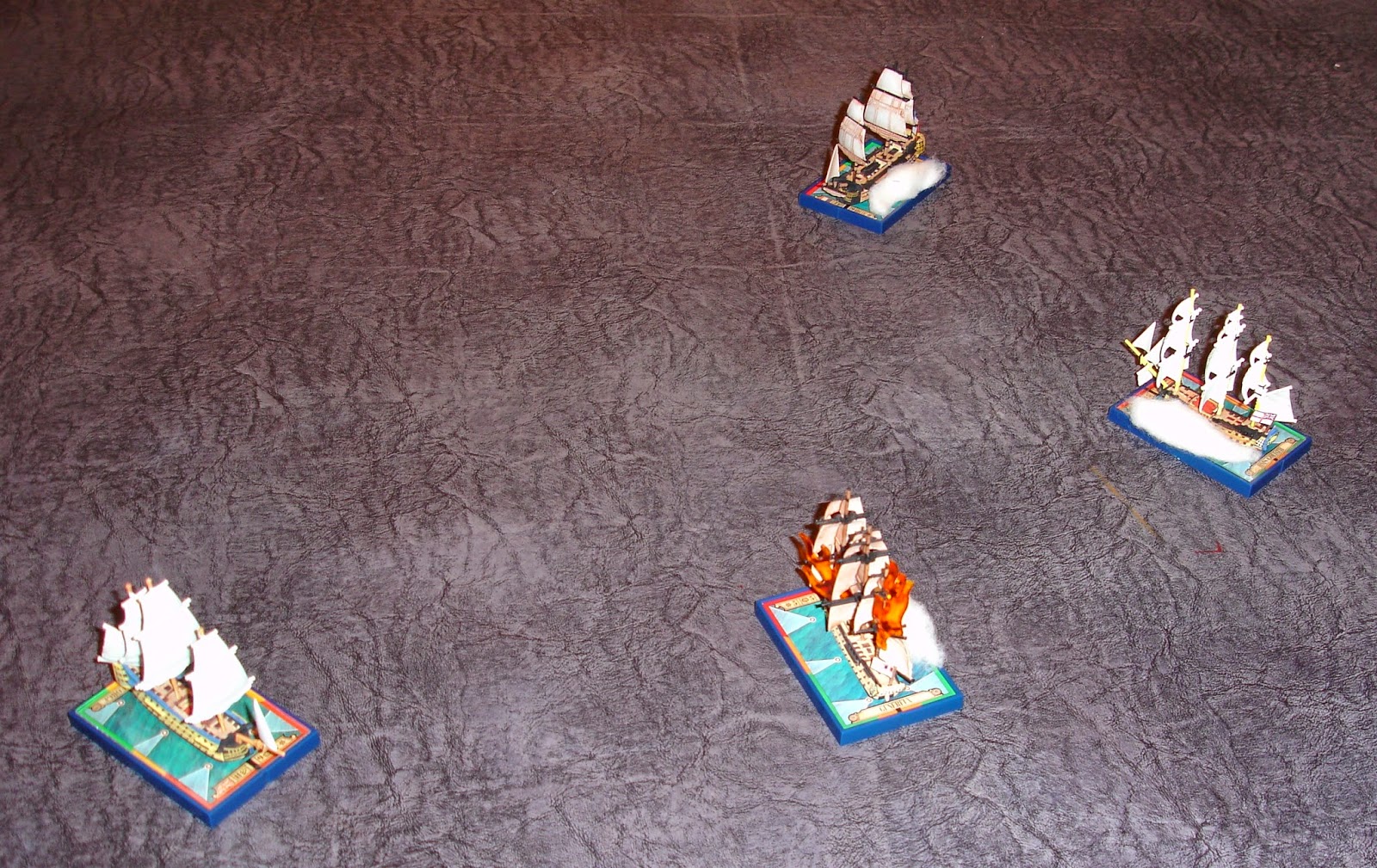 But it significantly out shot the Generaux, which ended up with two leaks and a fire.  With only three hull boxes left it was done for.  Pity as the game was going good until that round.

With my ship sunk I sulked around about a bit until returning for a final photo opportunity. 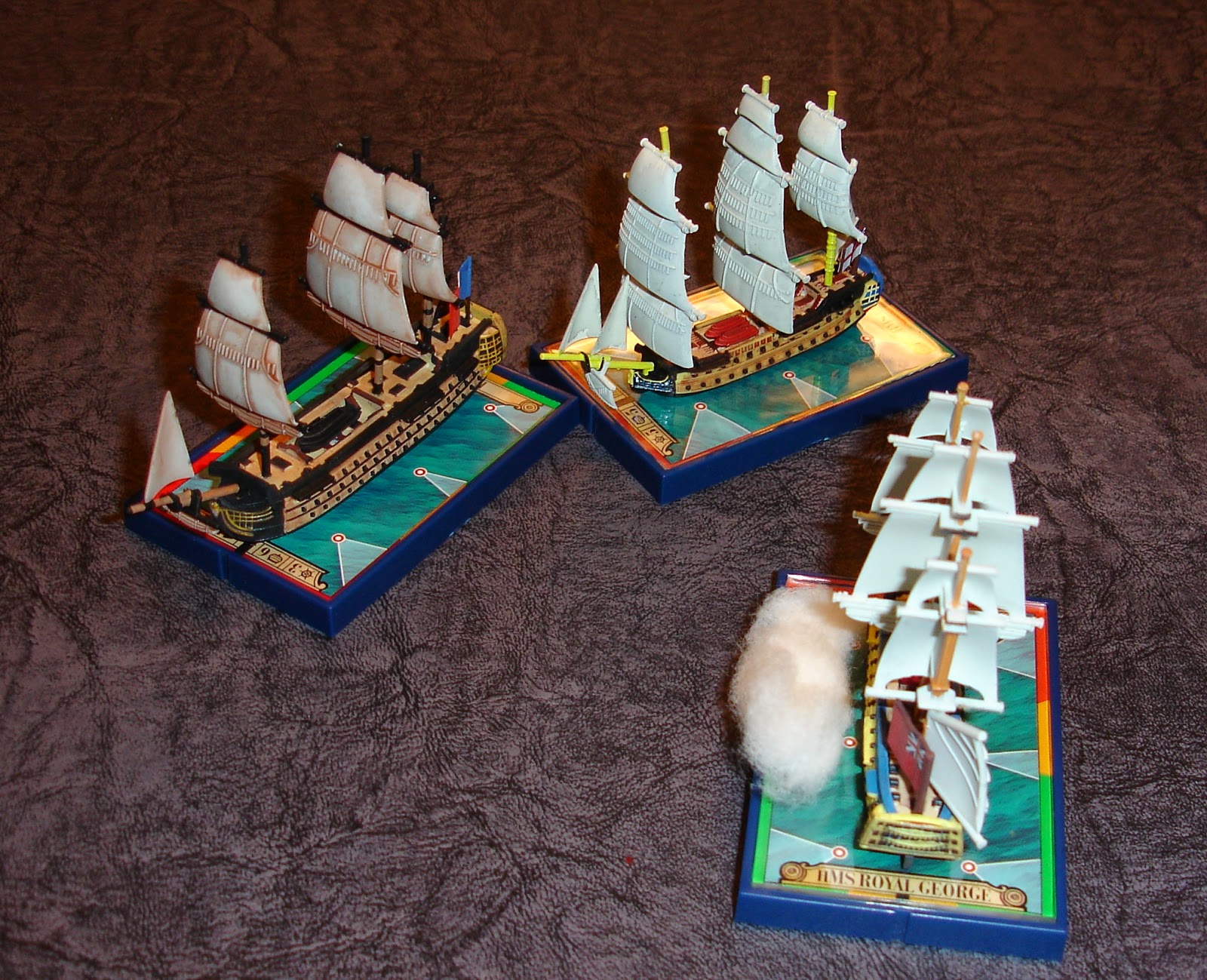 The end of the game saw the Goliath de-masted and de-crewed while the George had accumulated half damage and thought it was time for discretion.  The Imperial was still in good shape.

It is a pity that the design of the ships, which are pretty robust for gaming purposes, hadn't allowed for the interchange of different masts to show sail configurations and damage.

The game was accompanied by some semi nautical tunes from Billy Joel and Crowded House.

More pictures from the game can be found here:  http://napoleonicwargamingsociety.blogspot.com.au/2014/09/napoleonic-sails-of-glory-game-24.html

We used the gentle collision rules and when a ship with broken masts is taken aback we randomly selected the red movement card that was to apply.
Posted by Sun of York at 9:59 PM