Last night at the NWS I took the Airco DH.4 for its second flight, this time escorted by a Sopwith Camel flown by Mark B.  Facing us were three German aircraft piloted by the two Stephens.  The objective of the game was to fly over a beacon behind enemy lines. 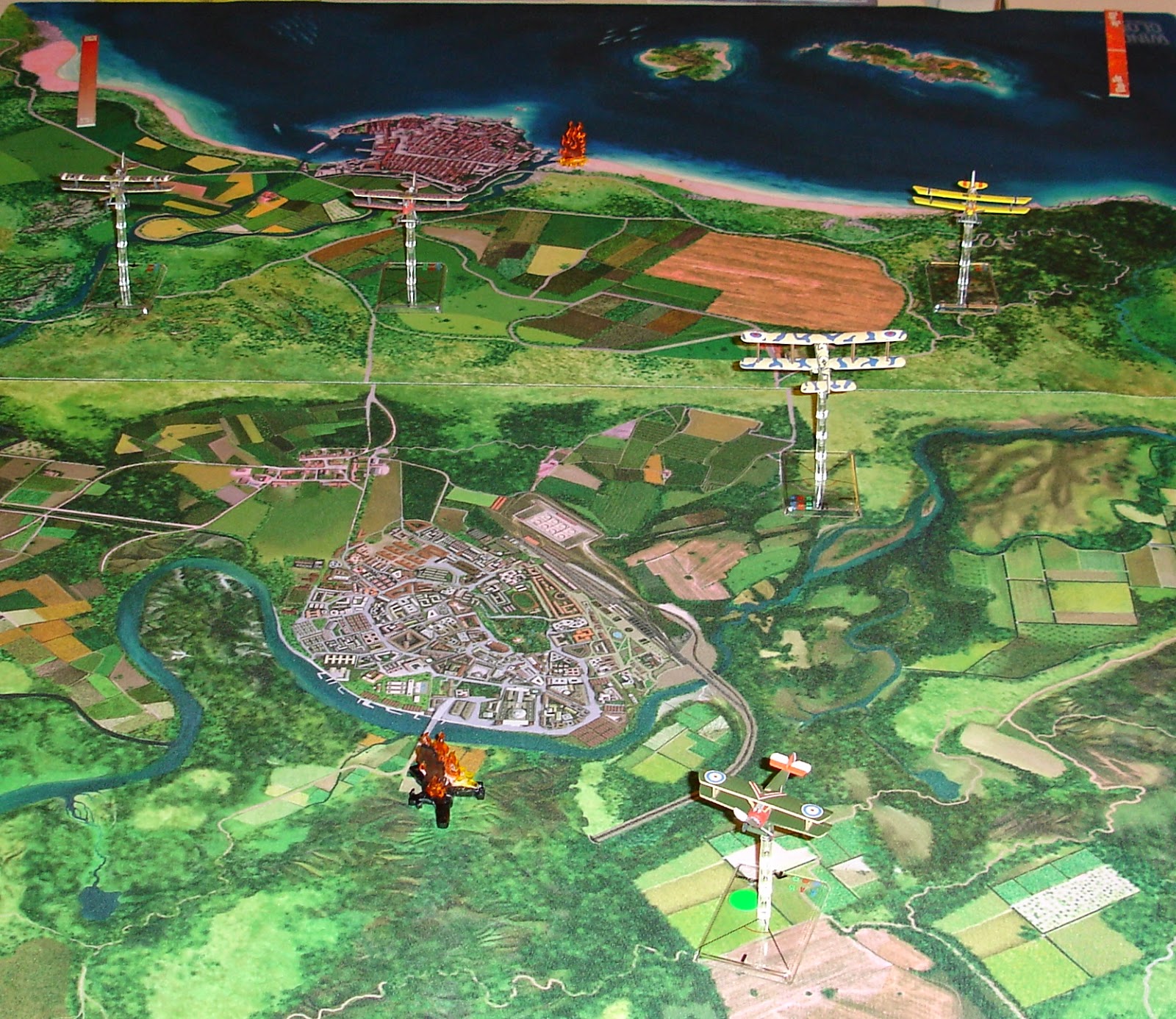 The big picture.  I take the heavily armed DH.4 off to investigate.  The Sopwith Camel decides to defend our beacon. 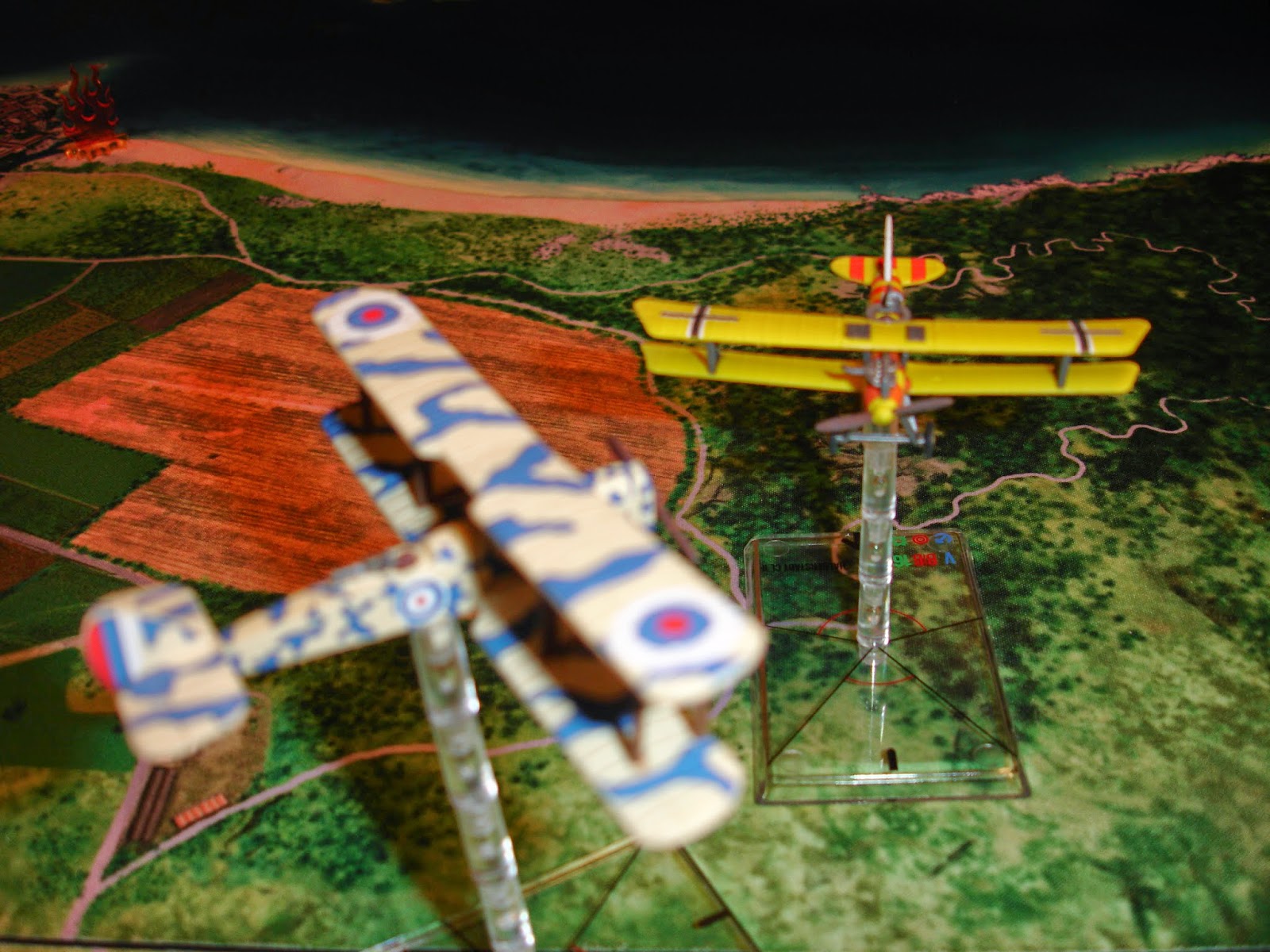 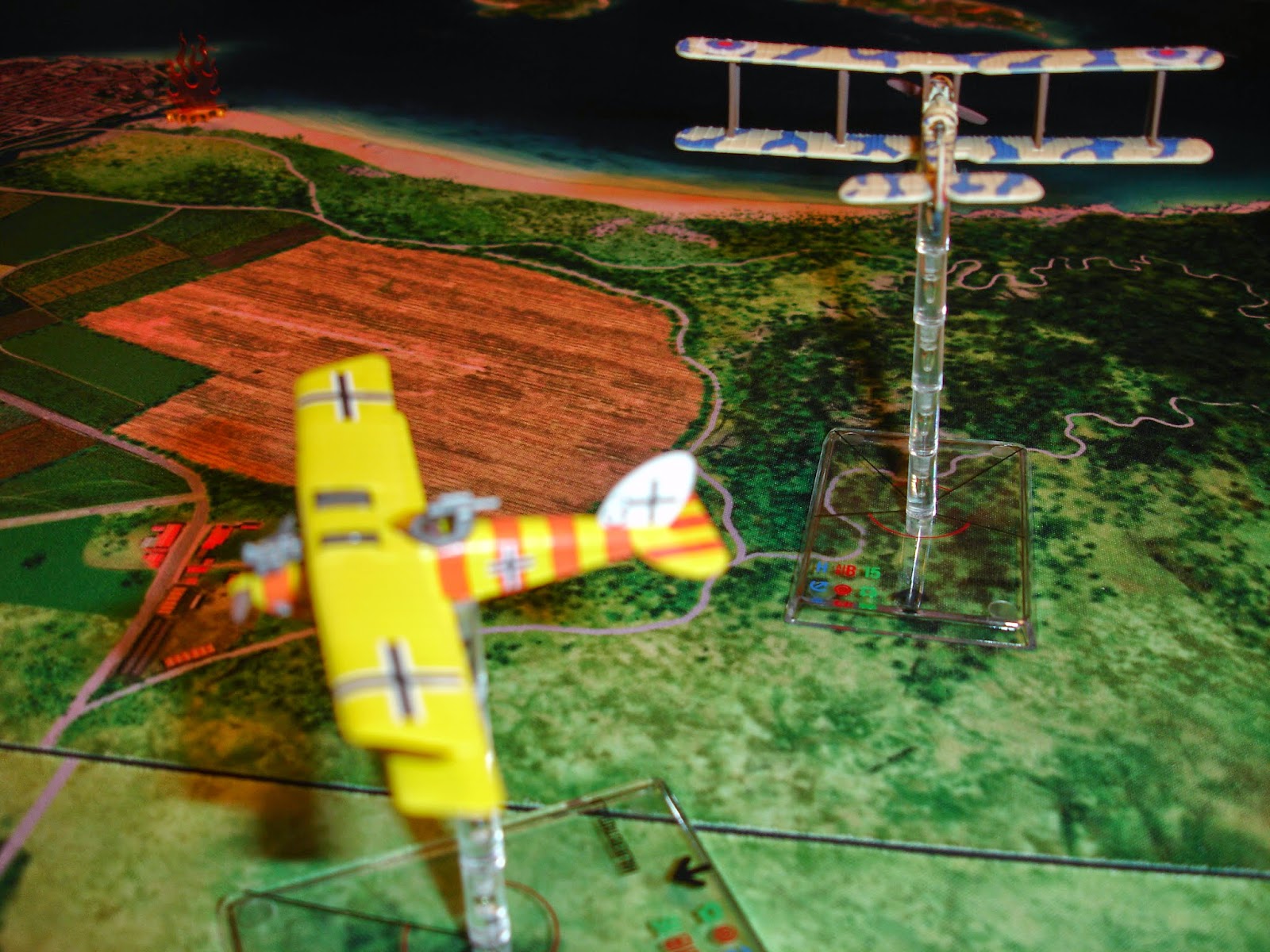 Extra fire from the tail guns, which promptly jam. 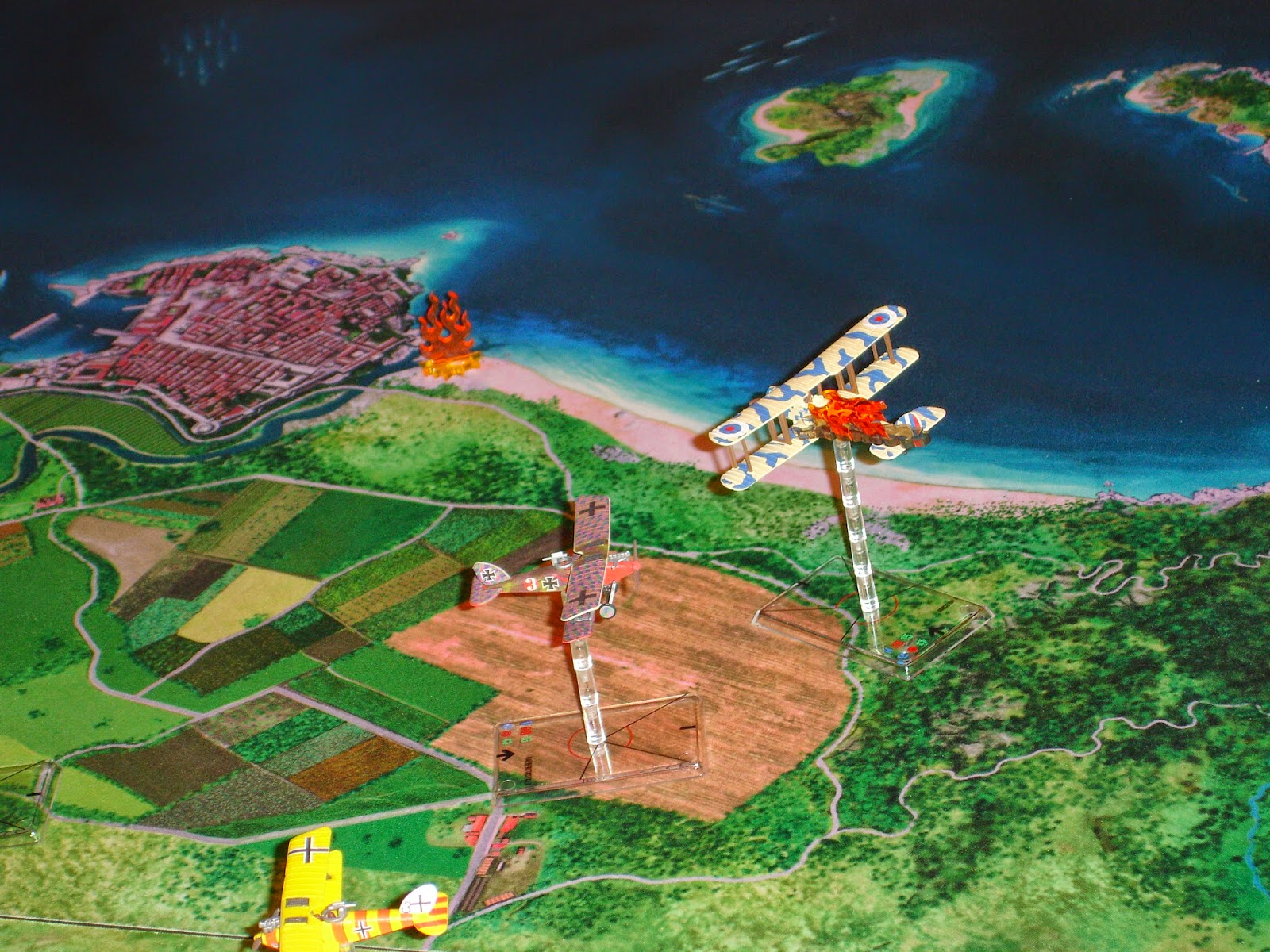 Second intercept.  Fire breaks out aboard the DH.4. 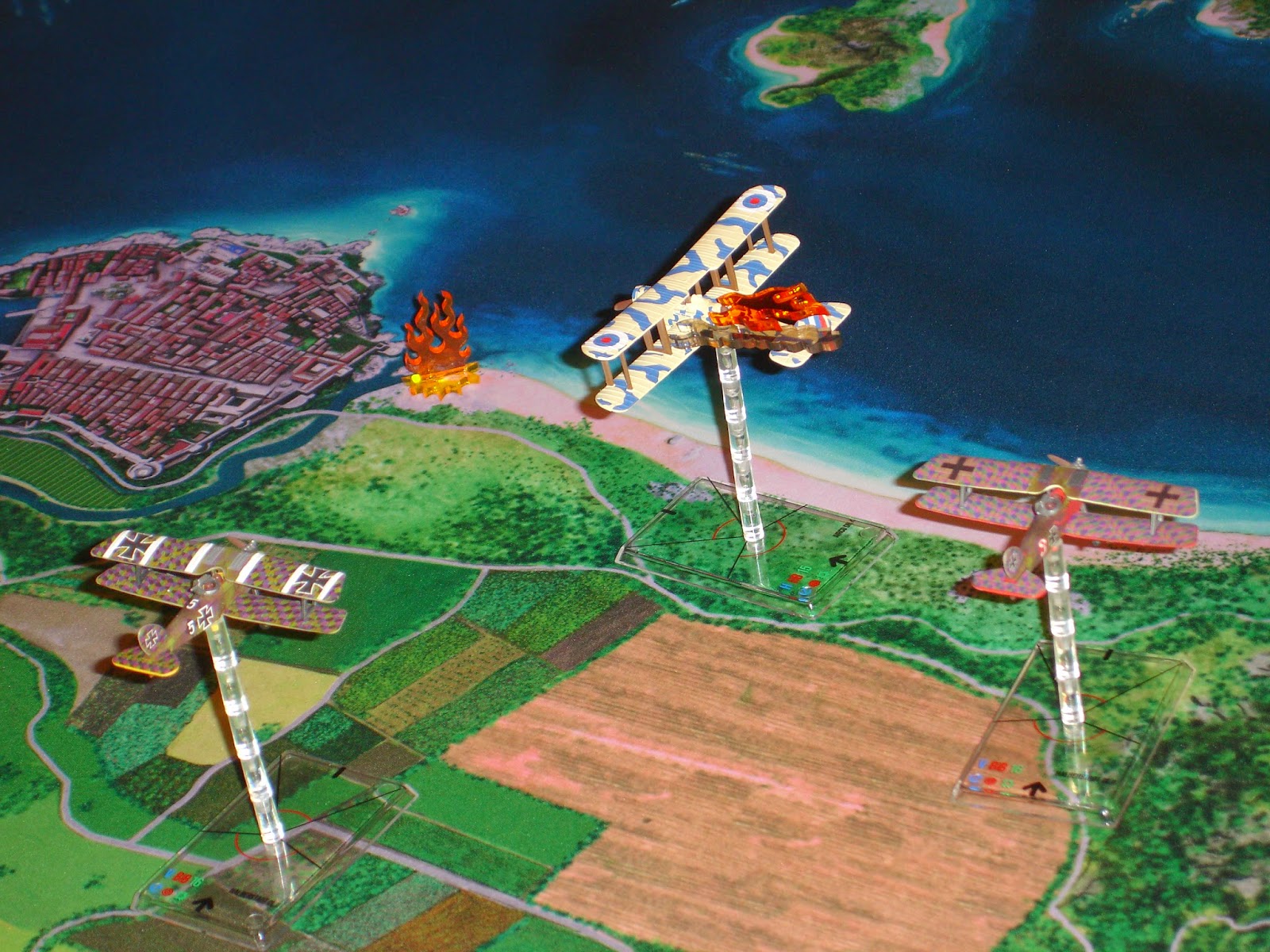 Objective in sight, but third intercept is making its approach. 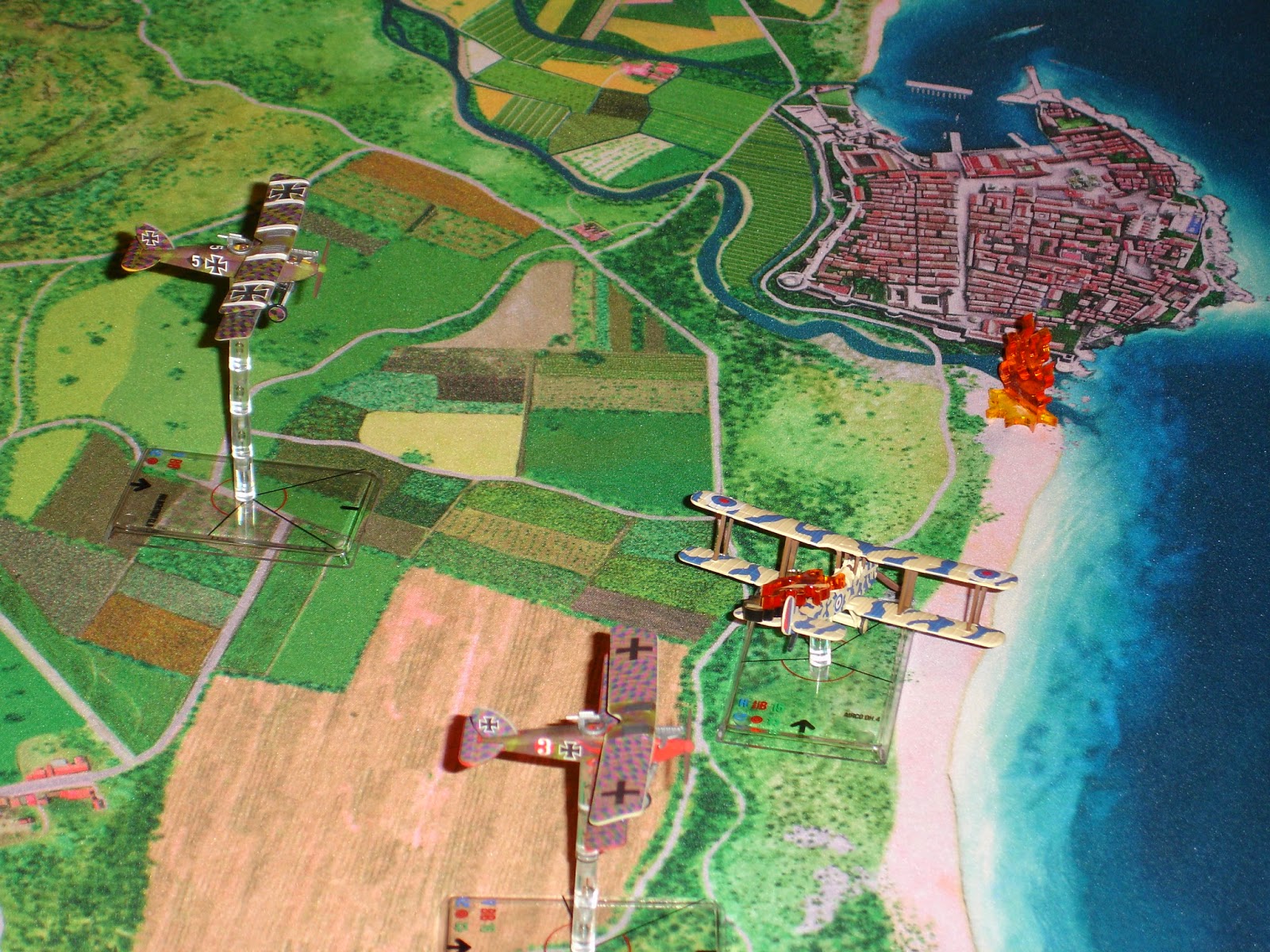 It only took one extra bit of damage and down goes the DH.4

To find out what happened next see the report on the NWS blog site: http://napoleonicwargamingsociety.blogspot.com.au/2014/09/ww1-wings-of-glory-game-17-september.html

The Airco DH.4 is shaping up as a bit of a lemon.  Perhaps it is time for a different pilot?