Background to this battle and scenario can be found here:  http://www.fanaticus.org/DBA/battles/chaeronea.html

In a bit of perversity, I started the NWS games day with this game even though it is the subject of the next games day or battle day (Saturday 8 November 2014).  We also played outside - seemed like a good idea at the time, but as soon as we were ready to go the rain set in and we had to shuffle things to be as close to the wall, under the eves, as possible.

I offered Stephen the choice of sides and he decided on the Greeks as the more straightforward of armies.  This meant I took the Macedonians.  Terrain was not standard DBA, but we had  a marshy water feature on the Greek right and the walls of Chaironeia on their left (a BUA). 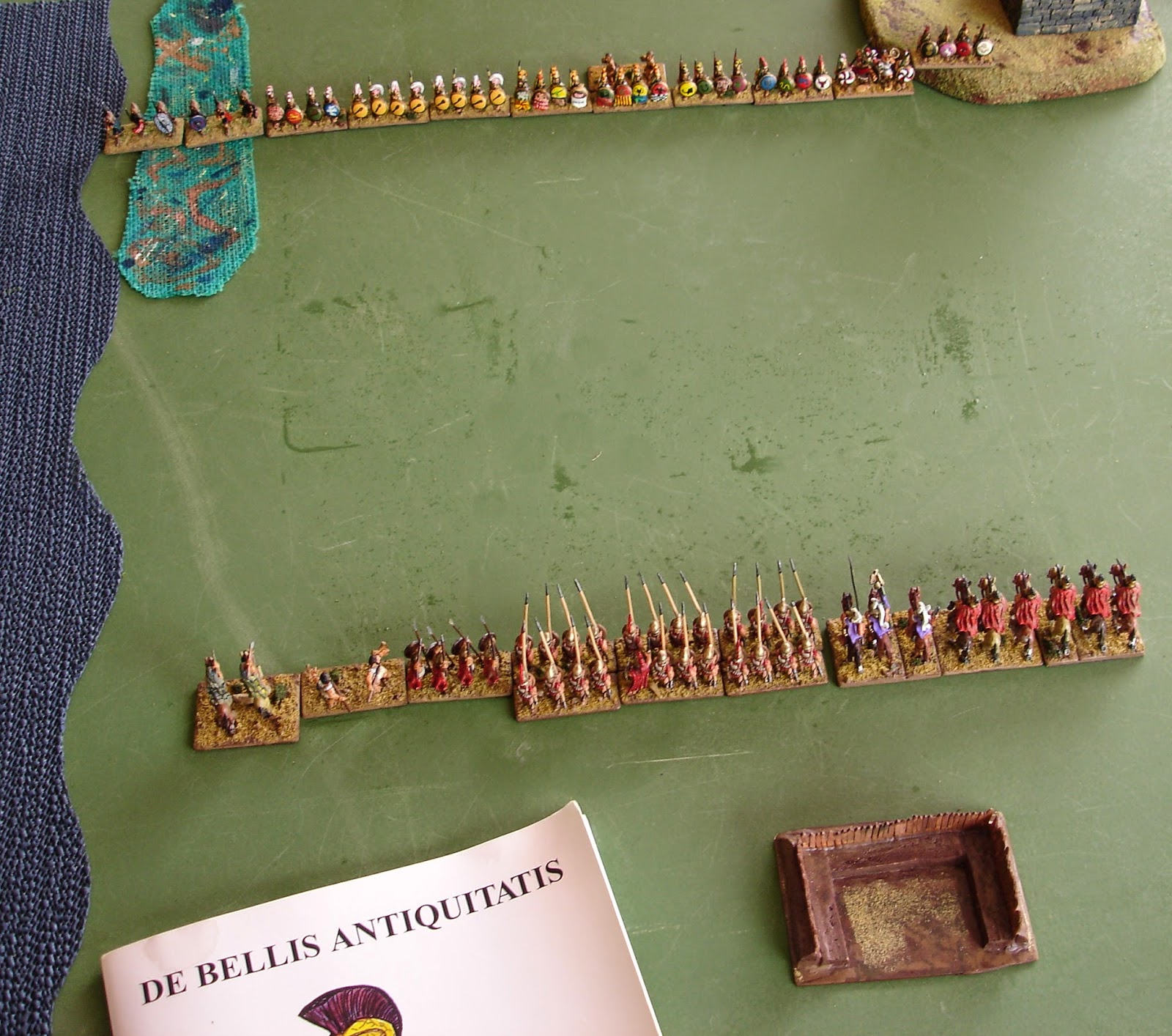 The two opposing armies.  I really must do something about my camps.

The Greeks came forward but then pulled back when they realised they were at risk of being outflanked by the Macedonian cavalry.  The Greek auxilia however came out of the marsh looking for a fight and got one.

The lines clashed and things happened.  In a somewhat historical move Alexander and the companions burst through.  The Macedonian Hypaspists were destroyed and the Greek auxilia kept fighting on, eventually aided by some hoplites (this combat drew at least twice)

Alexander couldn't kill the Greek psiloi and the Theban Scared Band had destroyed one of the pike blocks, but the Macedonian light troops were ultimately successful giving a 4:3 victory 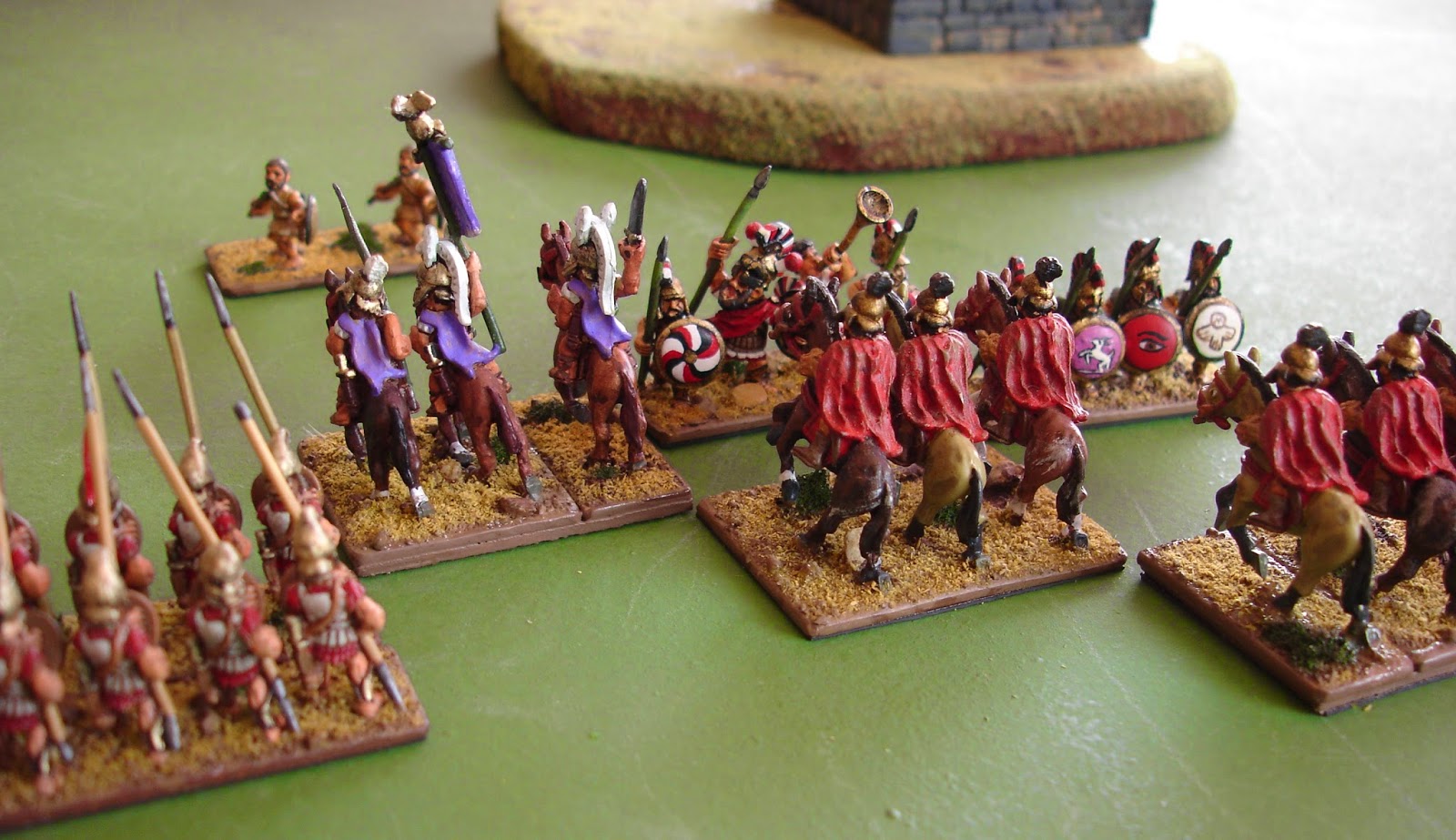 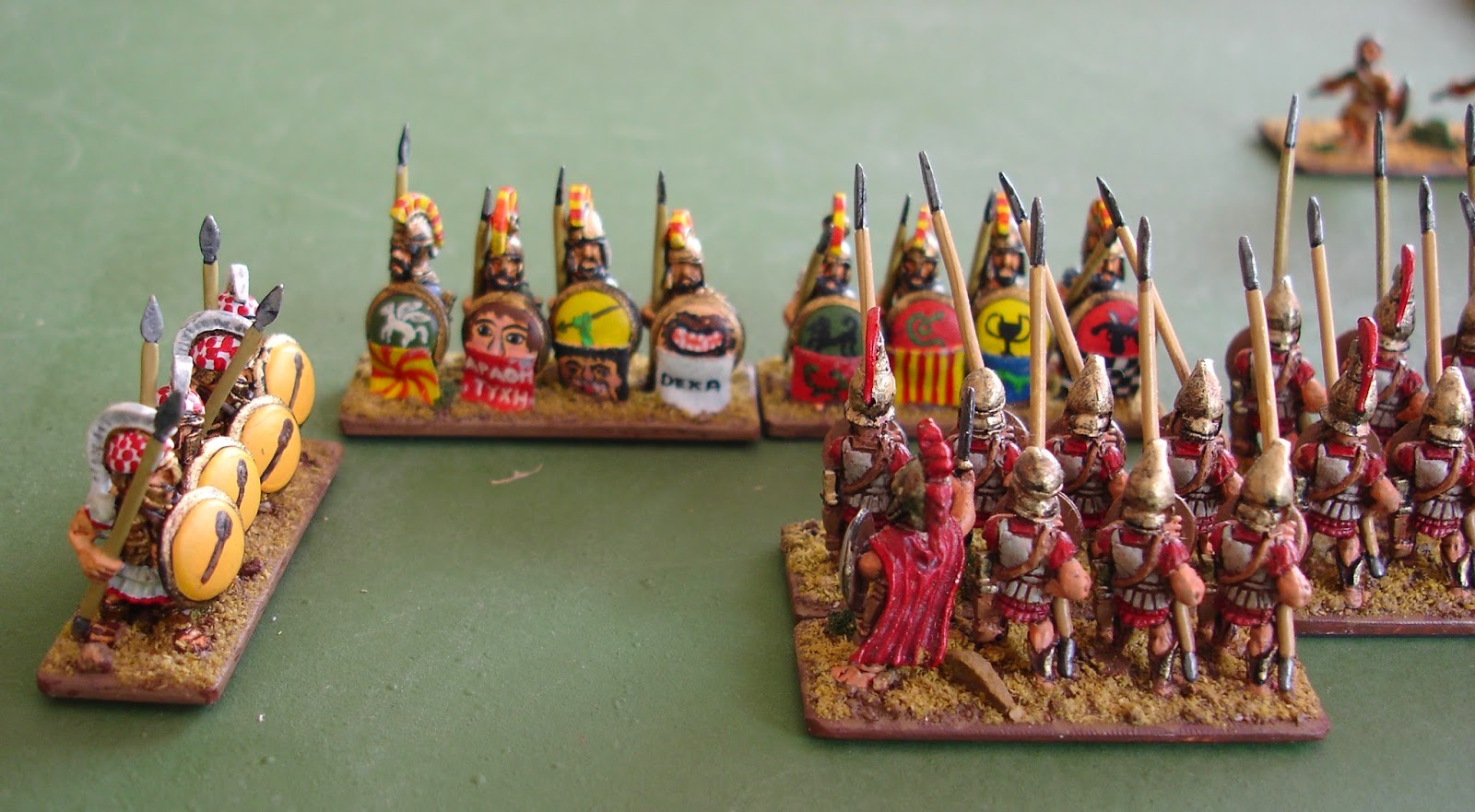 The gap left by a destroyed pike block. 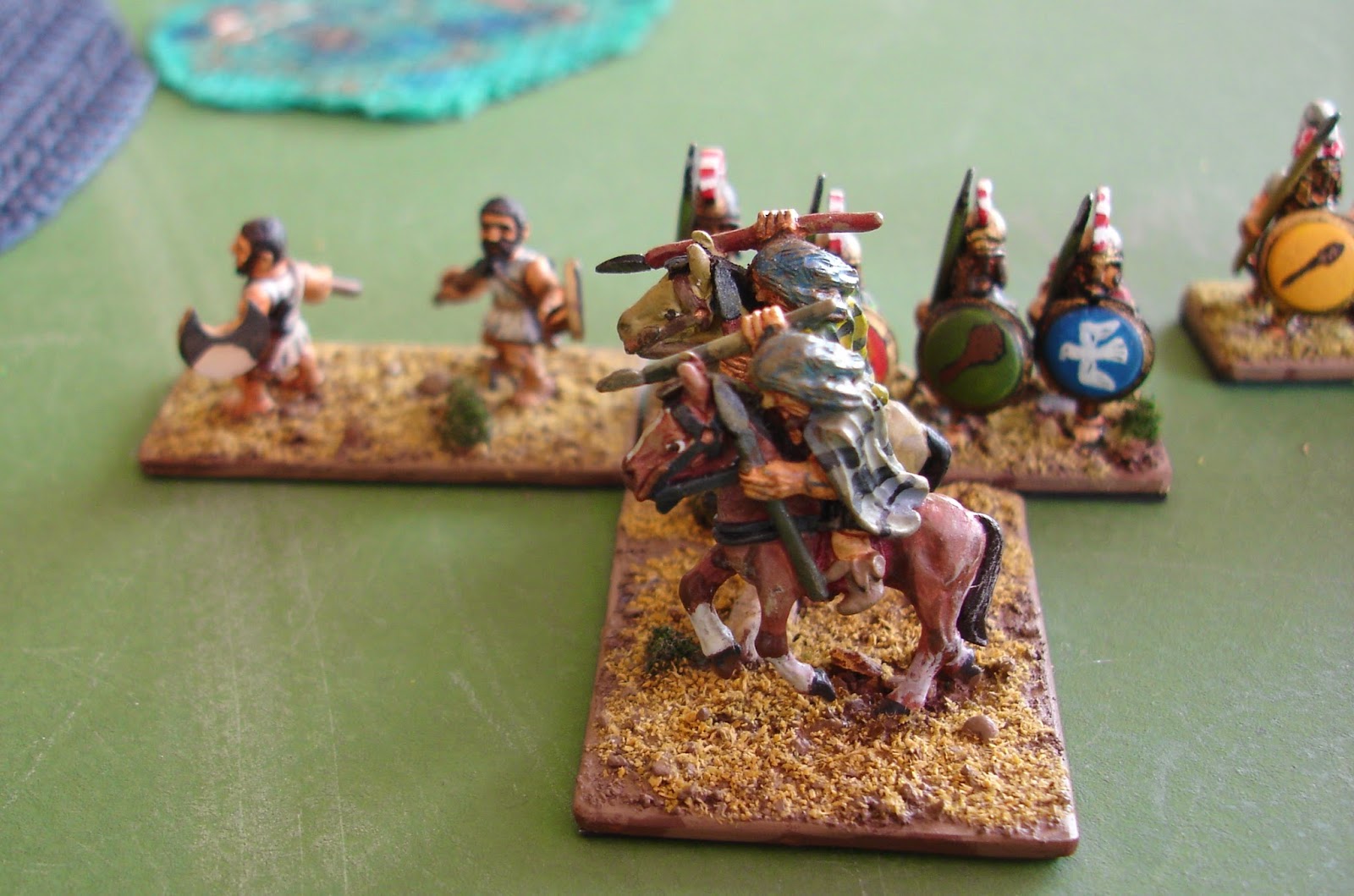 The winning combat, a somewhat confused brawl.  A bit hard to tell who is who when all the figures come from my collection of figures from the Tin Soldier Hellenistic range.