Stephen kindly commanded my Arab forces manifesting as Seljuk Turks to almost a victory over my newly purchased Crusaders. 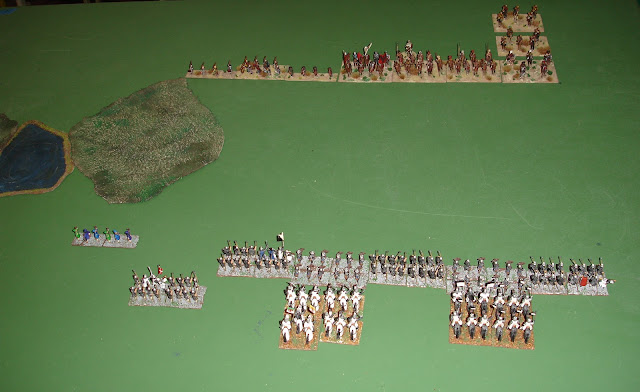 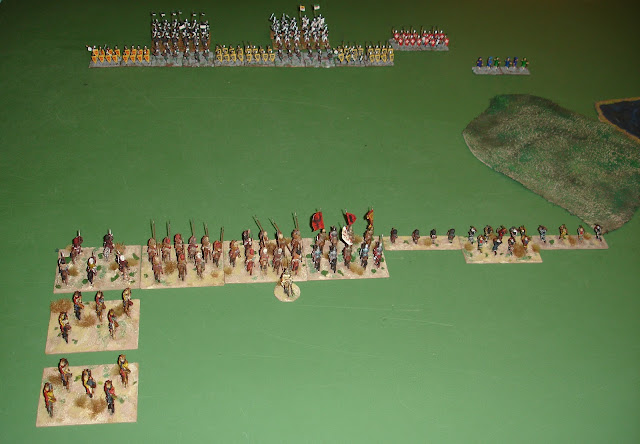 Deployments as seen from the Seljuk Turk's side 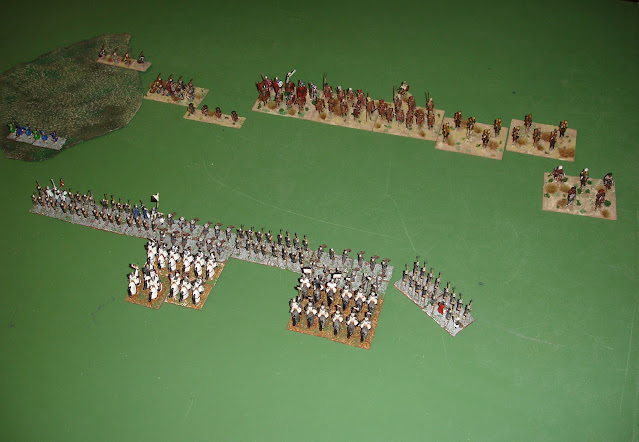 Both sides advance.
The Crusaders are going to have to watch their flanks. 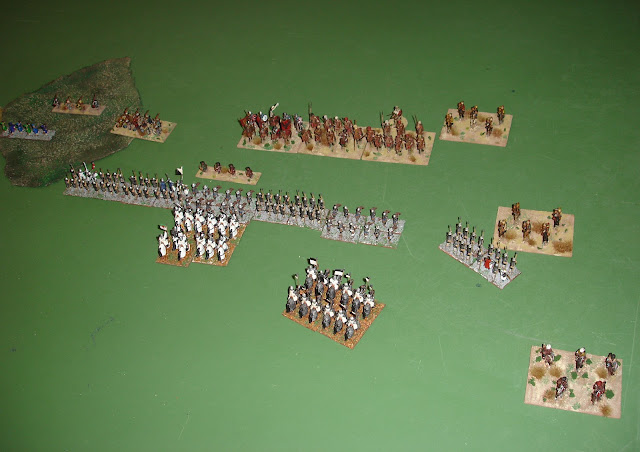 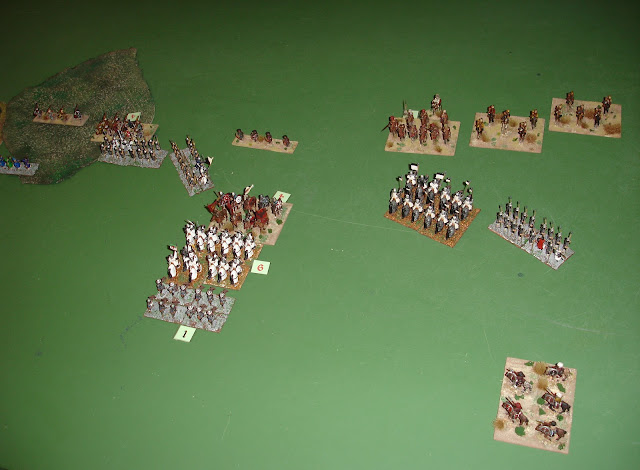 But it was the Crusader's centre that was first to go,
but not without inflicting a few casualties. 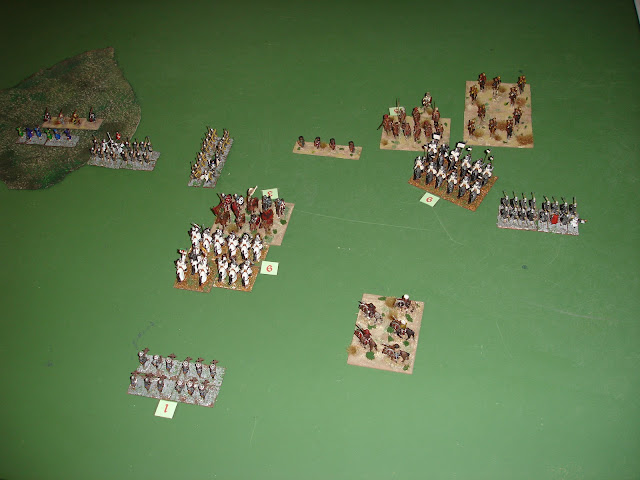 The Crusader knights are fighting hard.
The Foot Sergeants, after defeating the Dalami,
are slow to get into further action. 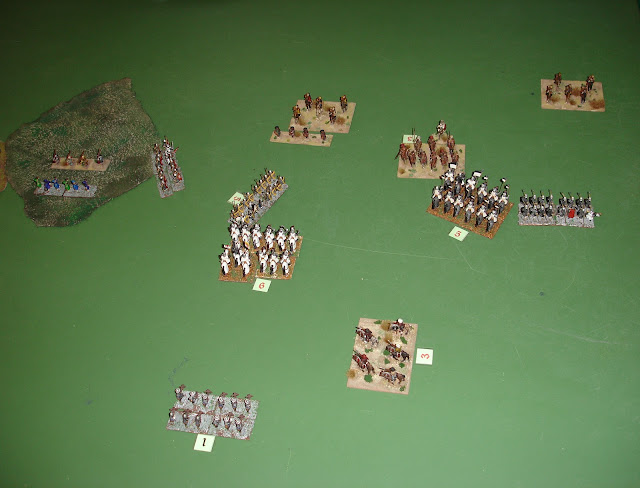 A massive fight by the white knights was touch and go,
but ultimately saw them prevail.
The other knights are being bleed dry 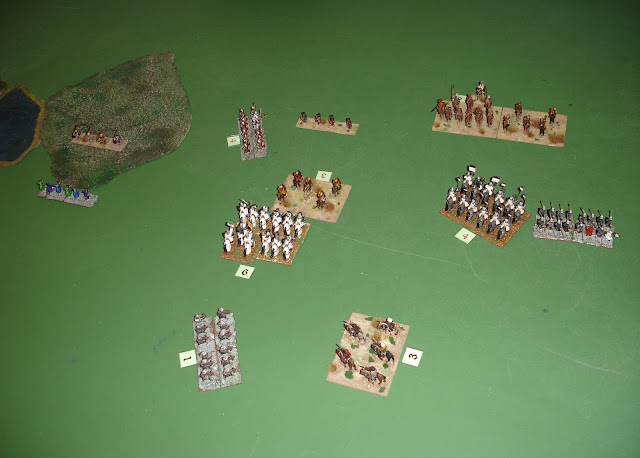 The situation is in the balance, however it is precarious.
The knights are receiving a lot of bow fire which they can't do much about.
On the far left, the Seljuk javelinmen keep charging the Syrians,
who keep evading 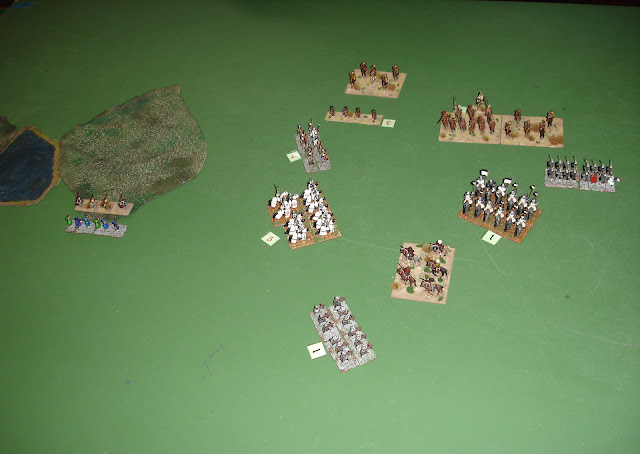 It is looking bad for the Crusaders. 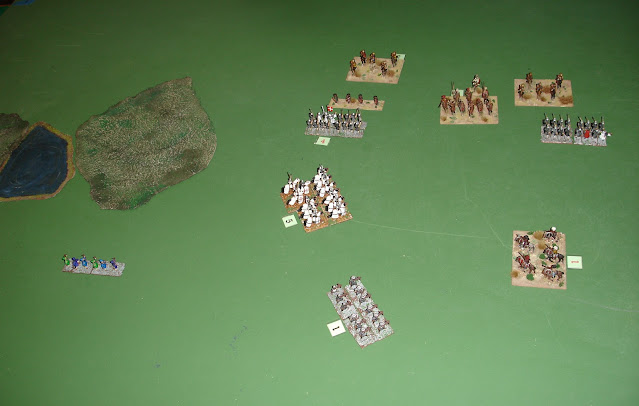 But when the Syrian archers on the left finally stand and fight they crush their opponents.
That loss tipped the balance and the Seljuks leave the battlefield,
at a smart trot.