The second army I built for gaming back in the WRG 7th Edition days was Burgundian Ordonnance.  It was the last army in the book and completely different to my existing Hellenistic army.  More importantly, I calculated that it needed far fewer figures and therefore would be quicker to complete.  Wrong!   I had given up on 7th Edition by the time I was able to take the army to the table top.

It did get some use with Field of Glory, but I was always a pike block short for Basic Impetus.  I might have used my Seleucid pikemen, but always thought this would displease the dice gods.  But now I have a purpose built unit of pikes!  There are more on the way. 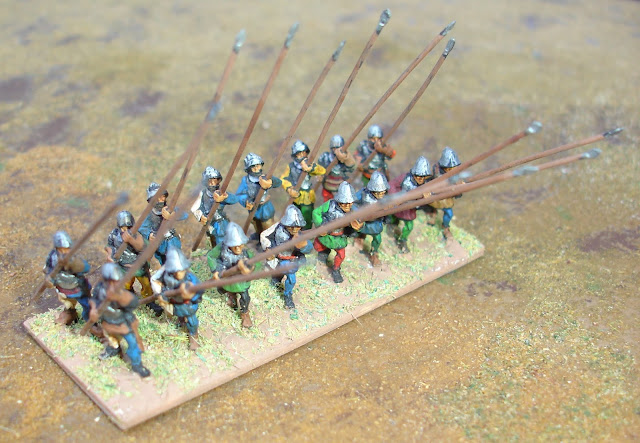 These are from the Old Glory pack HW9 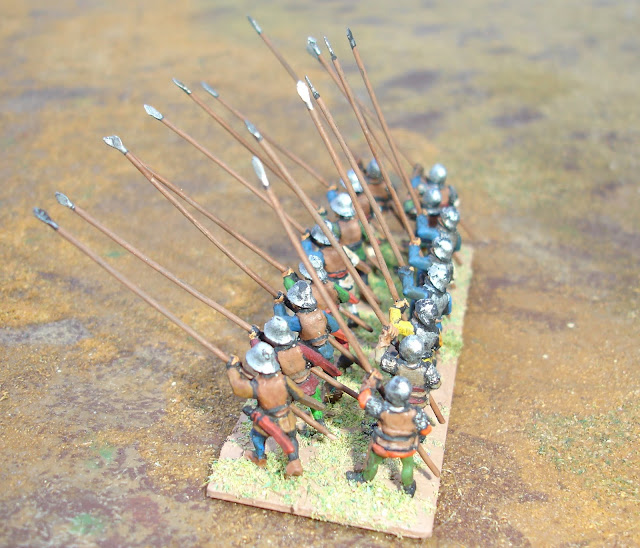 Nothing as fun as drilling out 15mm hands to take spears.
Old Glory provided wire, but had the hands cast solid.  Dumb. 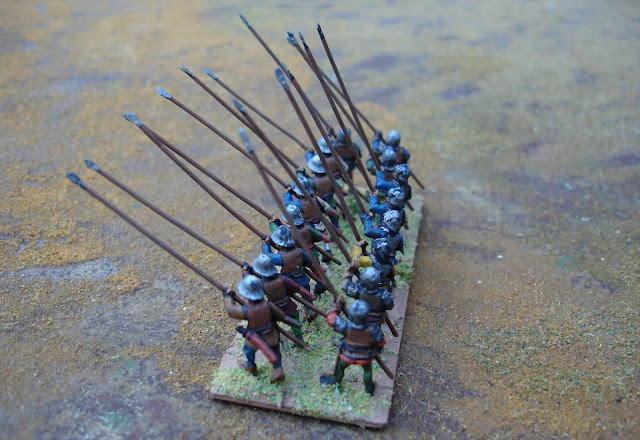 Without the flash.
Another project that was at the 80% stage for a while.
I was stuck deciding on whether to go with a black or brown wash.
Mark Woods suggested sepia and that is what I went with,
after a serendipity discovery of said wash in Tactics. 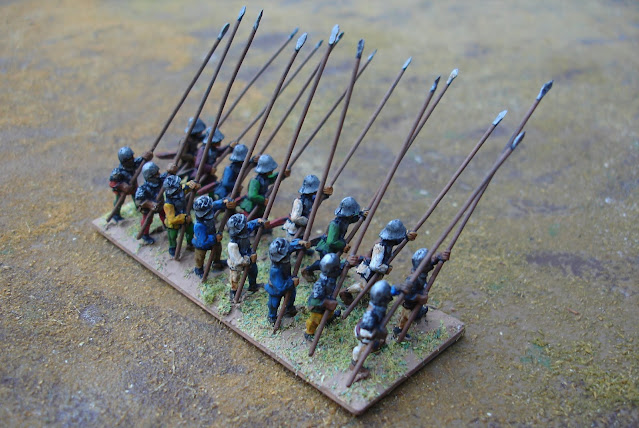