No quite Xmas yet, but things are starting to fall apart after a disastrous morale roll for France and subsequent desertion of a large part of her army. 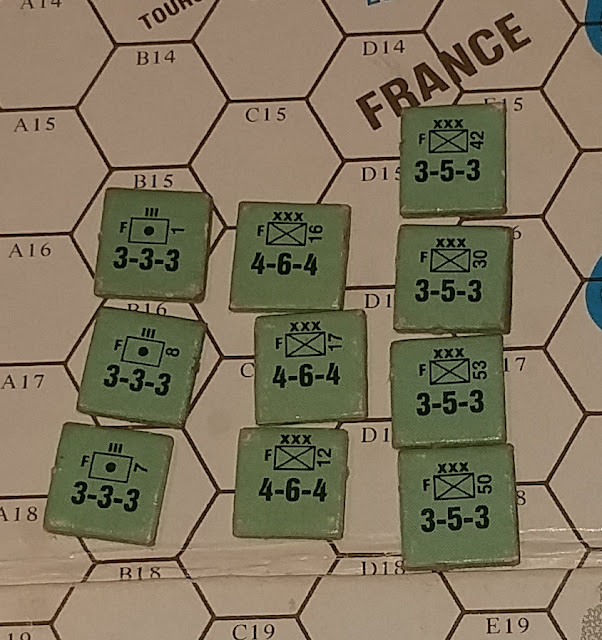 Three months worth of build there at least,
all gone :-( 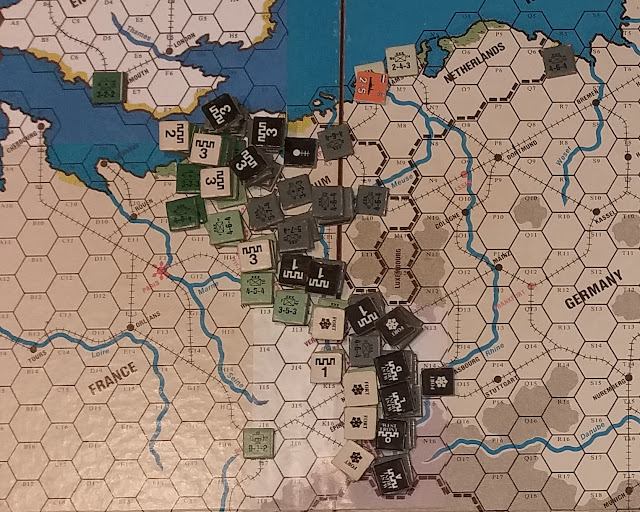 The Western Front
The "successful"attacks by France and England had left them exposed to German counterattacks and this enabled Germany to capture Calais.
Taking that city pushed France into the desertion sector of the morale table and a roll of a one delivered that result!  Then it was a matter of rolling for every French unit, a one would see it removed.
The Germans are now advancing.  Even taking losses they can easily out build the French and British.
Six months before the US enters the war.  Will it be too late? 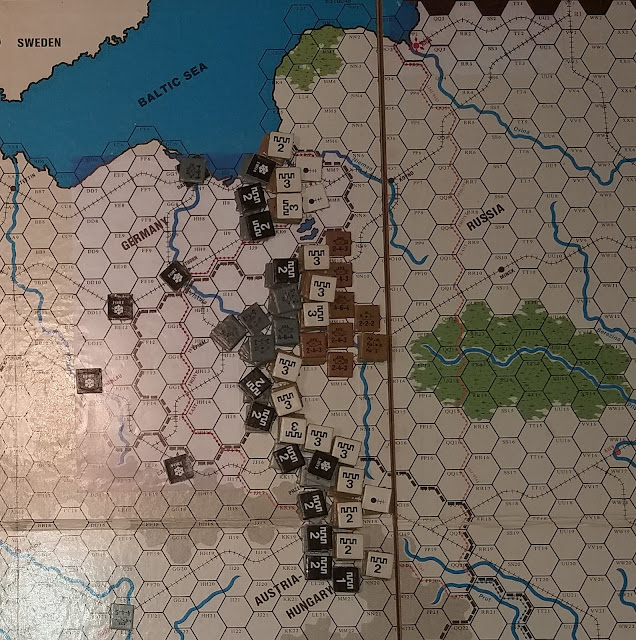 The Eastern Front
The Central Powers have not had their historical success in the East,
perhaps because of enhanced commitment in the West?
Regardless, the Russians have found it hard to help their hard pressed Allies. 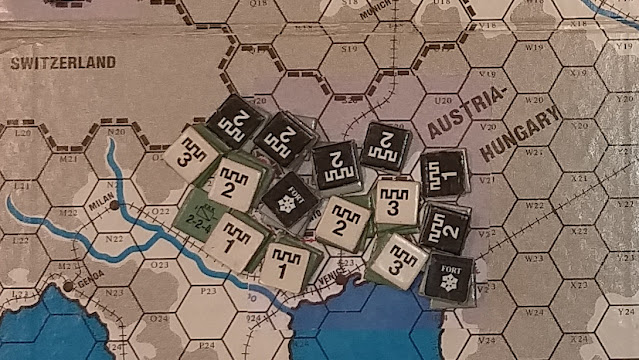 The Italians have tried to help,
but repeatedly take losses for no gain. 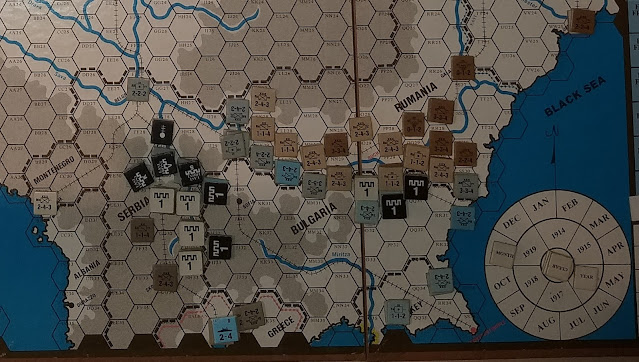 Rumanians to the rescue!
Well, not quite, but this has certainly added a new dimension to the game.
Unfortunately I am not as familiar with the rules as I would like and worse, keep getting them mixed up with World in Flames (particularly the weather effects on movement and supply).  The small hex size and counter destiny also makes this game a little fiddly to play which is a pity.