In what could have been a club competition game my Arabs faced Simon's Visigoths.  Almost historical and fairly similar armies in that both had three large units of impetuous heavy foot.  The dice Gods would decide and they surely blessed my army with lots of sixes and fives in combat and nice low rolls for the rare cohesion test.  The Visigoths, not so lucky...

The Visigoths were out scouted on a field that had a bit more terrain than usual. 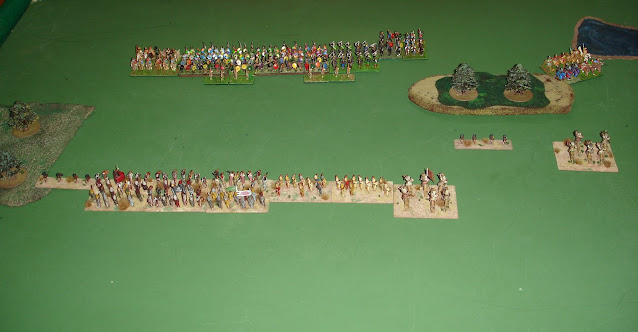 The Arabs advance while the Visigoths put out a skirmisher screen.
They found that their bows should be Short B not A as in the list which I claimed was in error.
https://impetus.darkbb.com/t1572-8-4-middle-visigothic#11399

Getting close.
I begin to fear luck is not with me as all my missile fire misses.
And then the Visigoths get the initiative and charge...

And then the dice Gods came good.
The Visigoth infantry were soundly defeated.
At this stage Simon offered to concede, but being the gentleman that he is, he bravely agreed to play on. 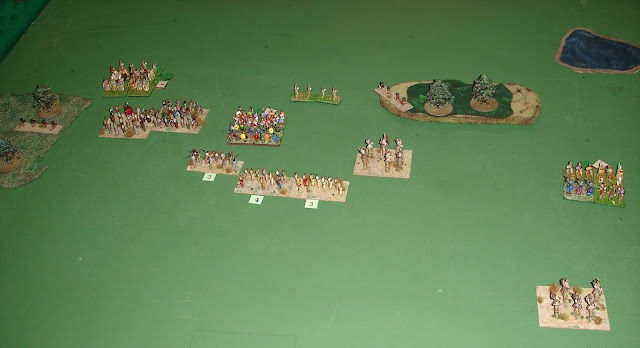 My army's luck held and next turn saw the Visigoths soundly defeated.