Come 1917 the Central Powers failed to hold enough victory locations so loss to them.  However this was due to a previous mistake so we were happy to play on. 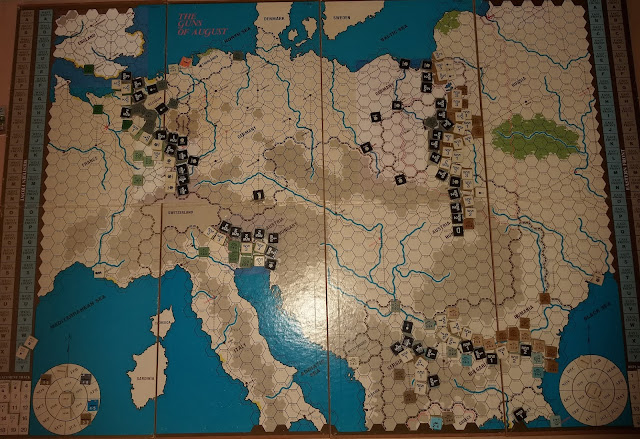 There are some significant changes from the previous post, but pretty hard to pick.
There was a disastrous German attack on the Western Front - the miracle of Reims.
This allowed the French to save Verdun and reestablish their lines.
The Italians had a major success in capturing the fort Trento
And in Bulgaria the Russians captured Varna on the coast.
Things are looking up for the Allies. 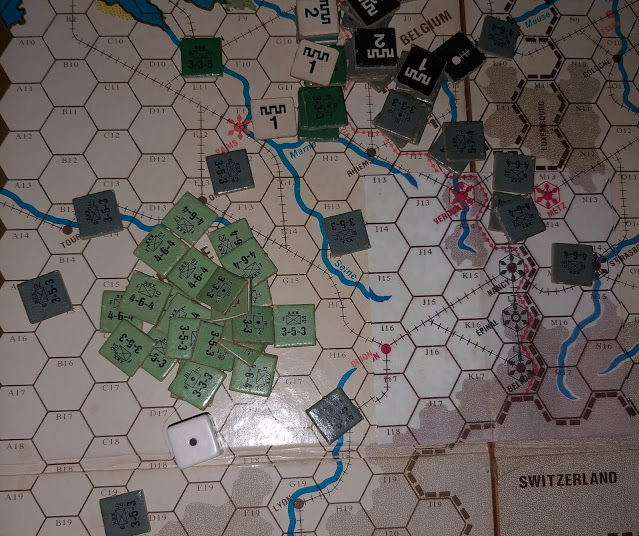 But with the first morale roll for 1917 disaster strikes and France surrenders. 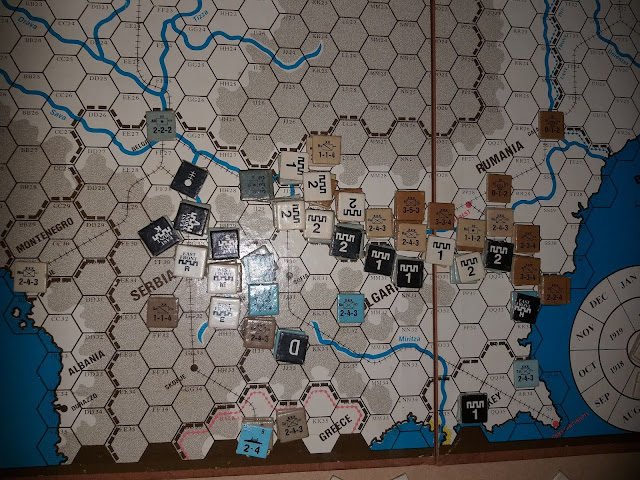