It has already been on the table top twice in two very close run encounters, but I figured it was time to do a post on this army for my blog (which is meant to be not just a record of games played, but also of my miniatures collection).

The background to this army appeared in this post.  What I have down is rebase, repair, flag, face and base.  The biggest action was a black wash which has given this army a mean edge. 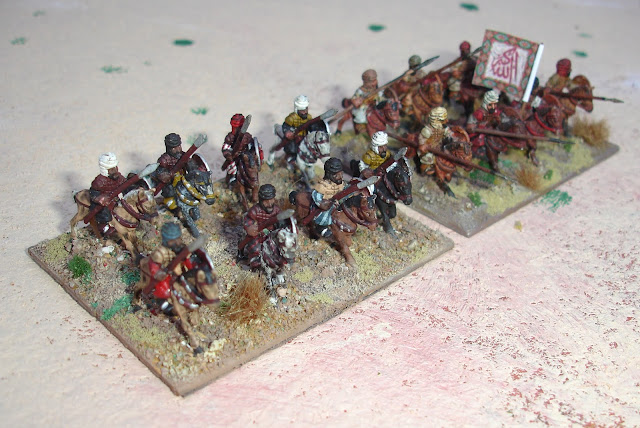 Nomad Light Cavalry.
The one closest to the camera was not really rebased and these figures I did little work on.
The other unit I just rebased and added the flag.
In retrospect I would have preferred basing them more spread out like in the following image. 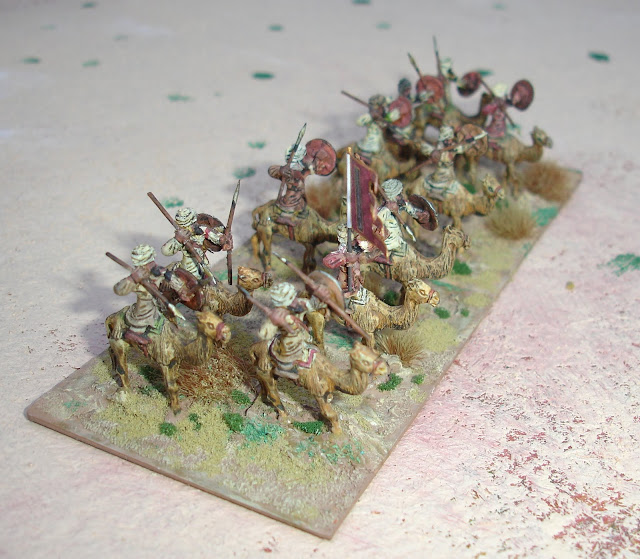 These are the Nomad LC mounted on camels which is an option in the list.
These guys had very little work done to them, except for basing and the flag. 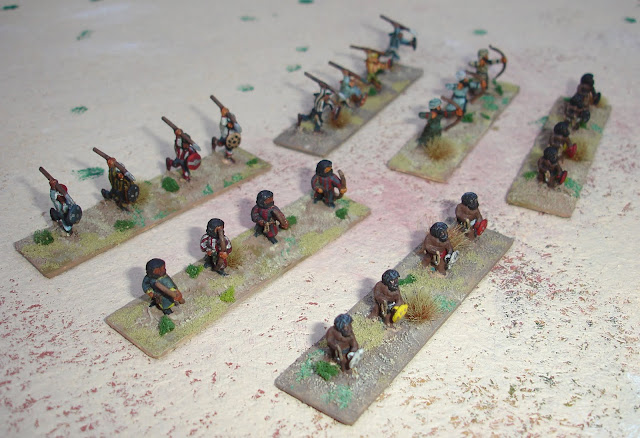 The skirmishers with all options - javelin, bow and sling.
While this army is built on Tin Soldier figures,
I'm not sure that goes for the slingers and maybe some other, similar, figures.
Slingers are the way to go in Basic Impetus 2.0.
The army can have two units of skirmishers. 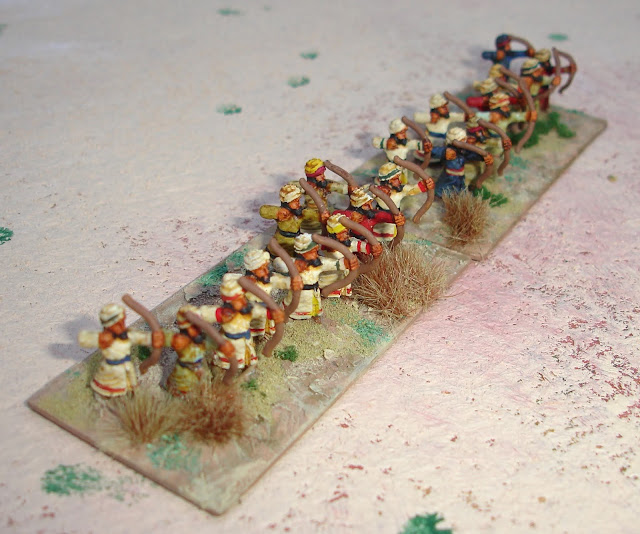 Two units of archers.
I did a bit of work on these. 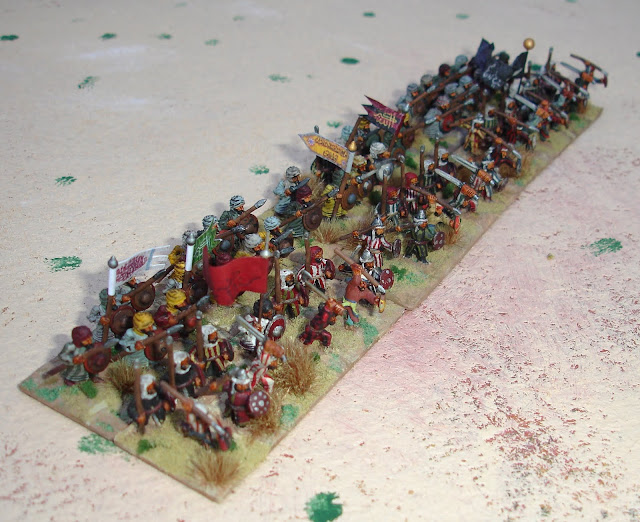 The warriors or fanatics.
These guys had a bit of work done on them like the archers.
Three impetuous large units of heavy foot. 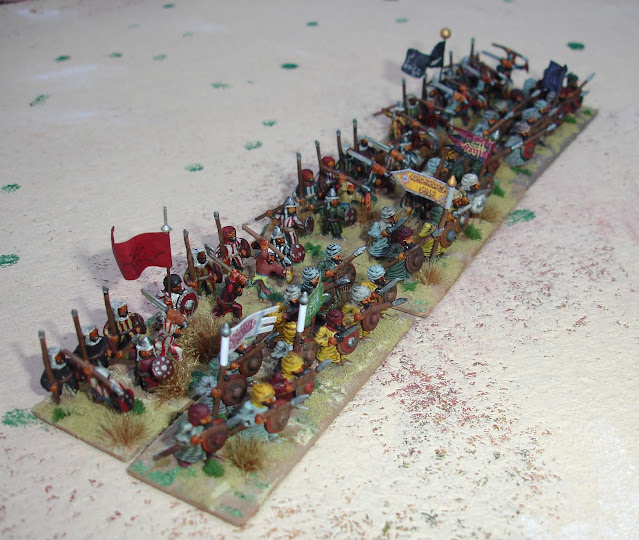