The mechanics of this game are relatively simple, but the planning required for each turn can be complex.  I also have to admit to some rash actions that have served me poorly. 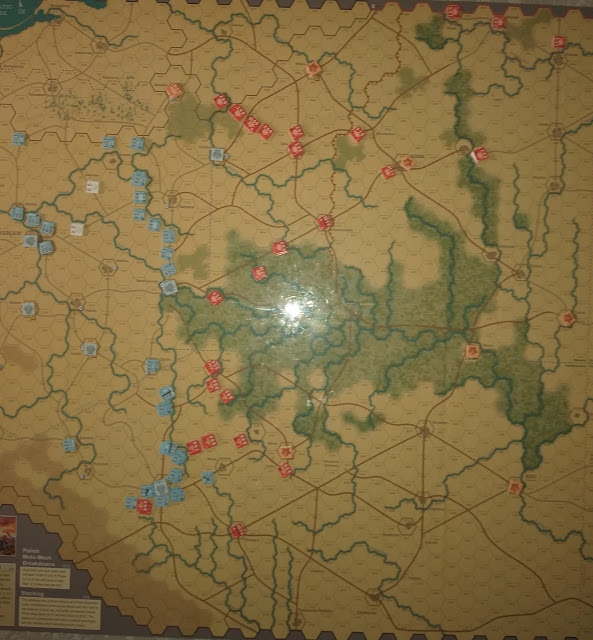 Both sides pulled back in the north.
In the south the Soviet offensive, which briefly captured Lvov, has been smashed. 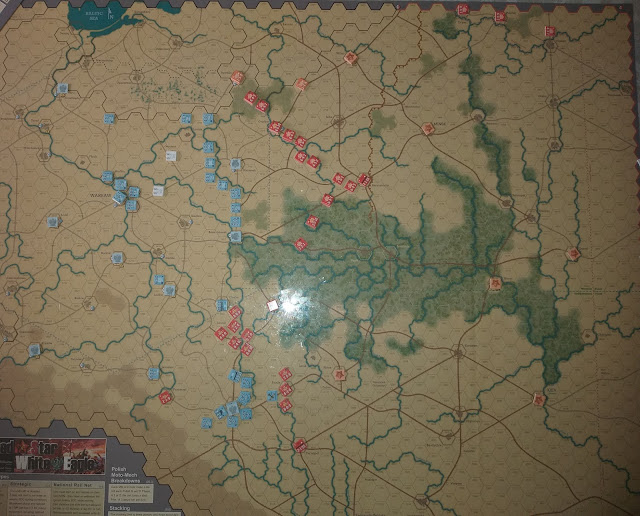 In a foolhardy move the Soviets press forward down south. 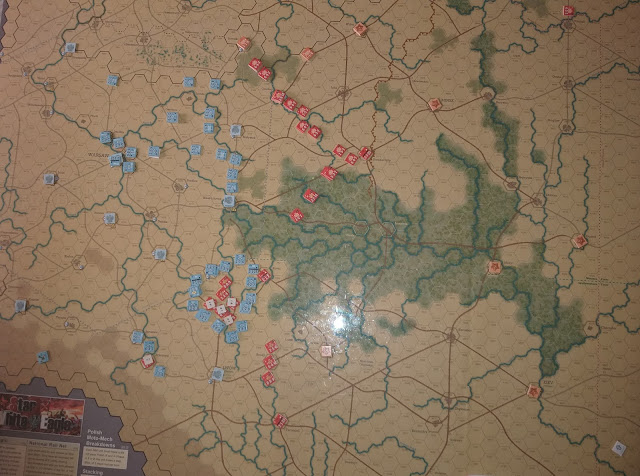 The West Front (northern part of the campaign) is gathering strength.
The South West Front has been split and partially surrounded.
My bad. 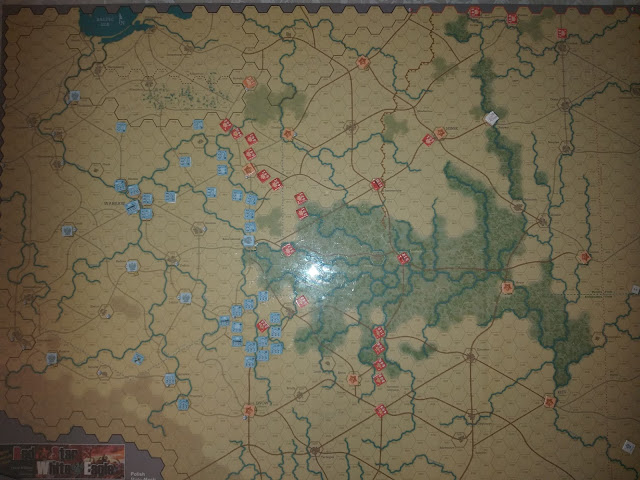 The West Front closes in.
The South West Front (or what's left of it) withdraws. 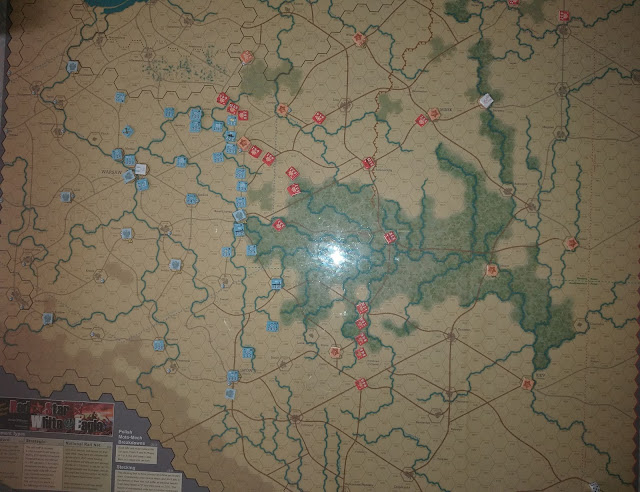 A spoiling attack by the Poles on the West Front smashes a hole.
The South West Front will cease to be,
as its major component, the Konarmiya,
has to be withdrawn in two months.
While that is eight turns, it has to be rebuilt to meet the minimum strength requirements.