Along with Stan's Austrians, which I have now re-based, there were 14 unpainted Austrian Grenadiers.  I am building an army for Marengo using Napoleon's battles and need a unit of 16 and 24.  In a stroke of good luck, the recent purchase of a pack of Old Glory Austrian German Grenadiers provided 26 figures.  Better still that were the same castings.  Phew!

Only thing is I found they are in the early war uniform, but wait on, I am doing them for Marengo. 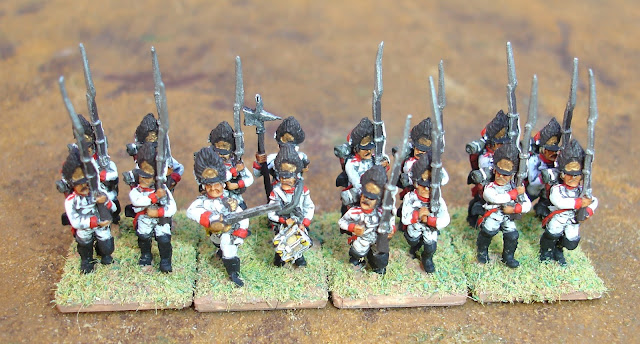 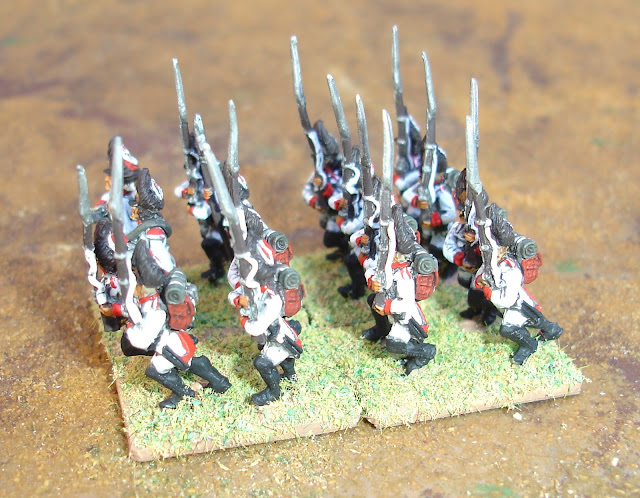 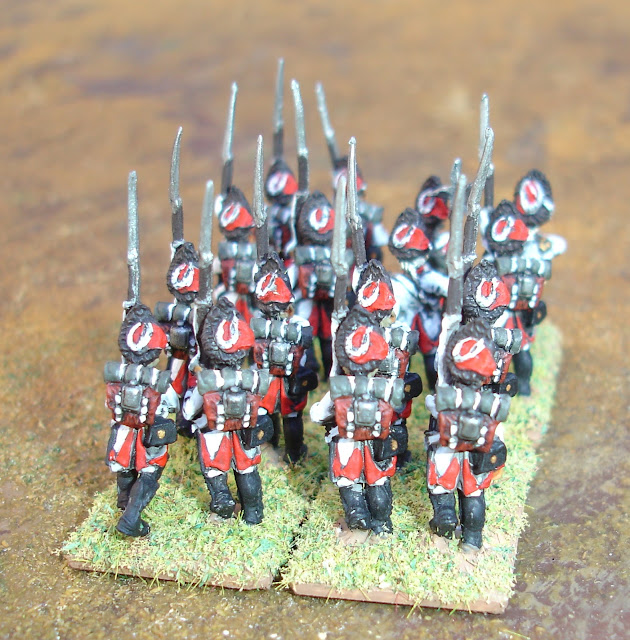 The second unit I will be doing will be the Typisch Grenadier Battalion.  I will probably go for yellow or maybe some shade of blue facings.