In a turn that could have marked a turning point, it was not to be.  Only bright news was the grey and rainy skies.  :-( 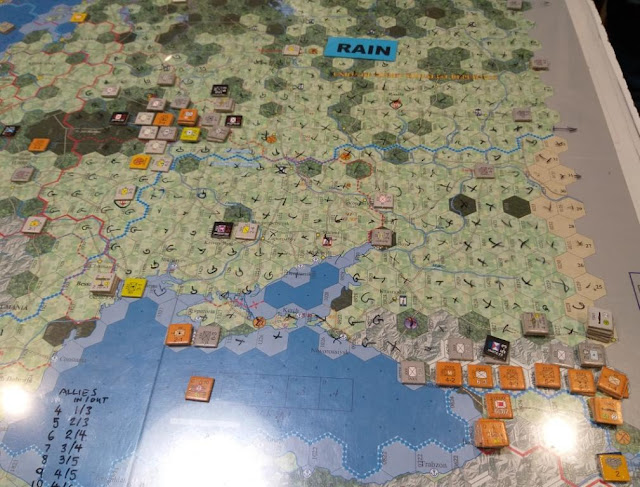 No change to the European Russian front
in the one and a half impulses we played of the March/April 43 Turn. 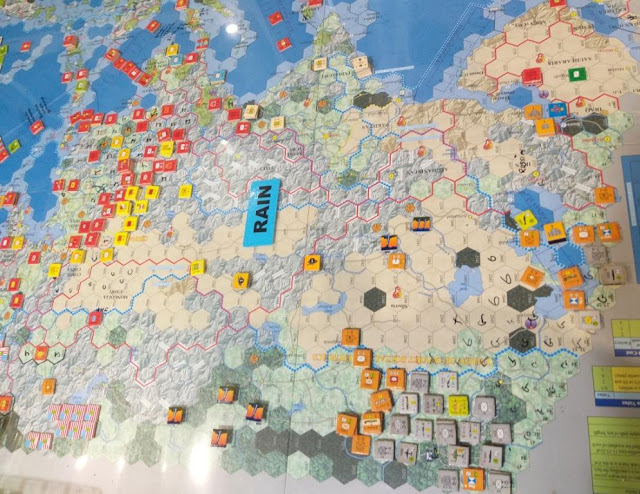 China was quiet too,
but down in the Pacific map part of the Caucasus front,
after a major air battle
(that actually achieved very little except for far too many Soviet planes getting shot down),
the Axis took the hex at 2 to 1 with HQ support against a stack with one flipped unit.
A bad roll on a 2D10 would have been disaster for them. as it was they threw an 18.
The Soviet's now have a hole in their mountain range front line. 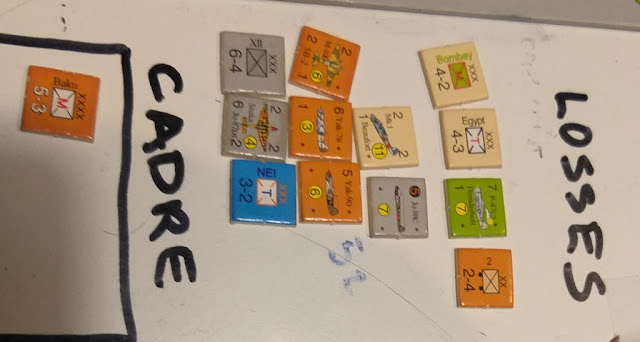 It was a bad pair of impulses for the Allies.


There was one major attack in North Africa that could have seen the collapse of the Axis front in Algeria.  The odds were the same as the Axis attack in the Caucasus, but the Allies threw a 10.  The Axis line held.

If those rolls had been reversed it would have provided the necessary turning point we need at this stage of the game.
Posted by Sun of York at 12:23 PM