The May/June 1940 turn is a long one, but not much happens.  Germany is going for conquest and does not declare Vichy.

China is down to just 2 Build Points due to Japanese strategic bombing and starts to recruit a garrison unit.

The USSR is way ahead building a mech division, a motorised corps, two infantry armies and training more pilots. 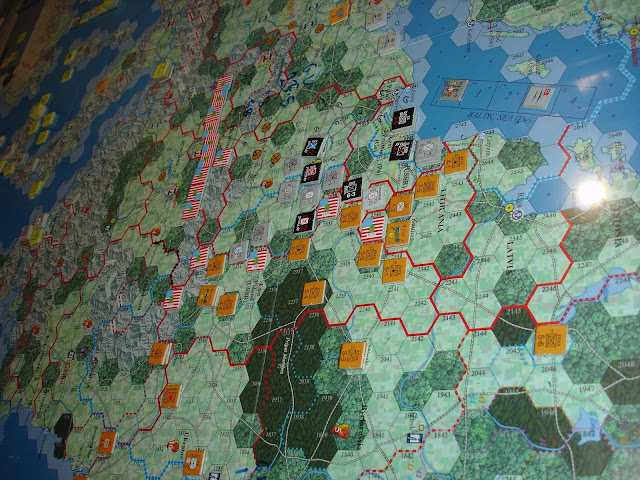 The border garrison is starting to take shape.
The risk of an early attack by the Axis is receding,
helped enormously as I picked the 5 chit (what skills!) 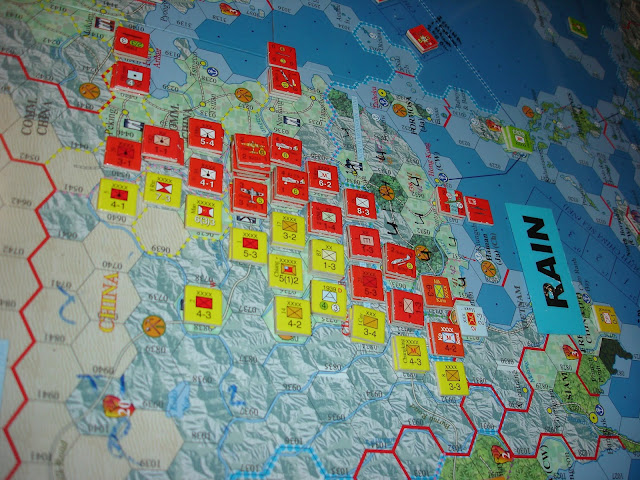 The Japanese went first in July/August.
Despite massive airpower they failed to inflict any successful groundstrikes.
On this front my skill is limited to my opponent having bad luck on the dice!
Posted by Sun of York at 12:58 PM