May/June 1940 started with bad weather and the Allies with first impulse.  This saved China only a bit as eventually the Japaneses airforce found its target and their army completed the task.  Result, one lost hex. 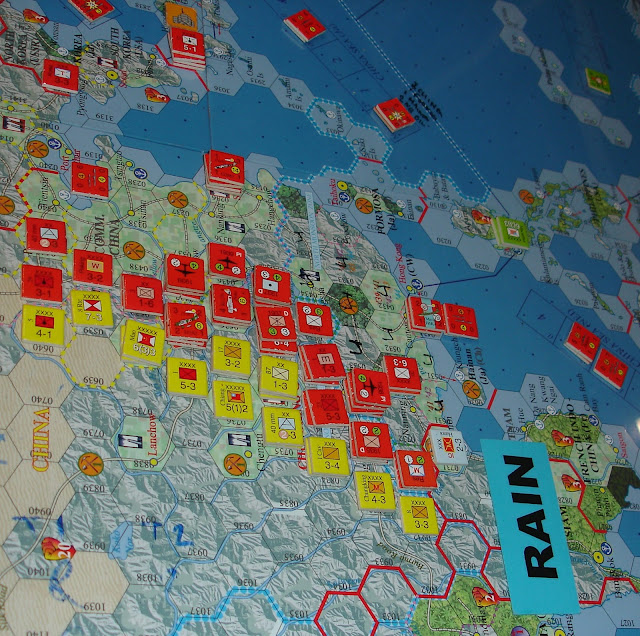 The rain is in the southern region and does not really impact the main front. 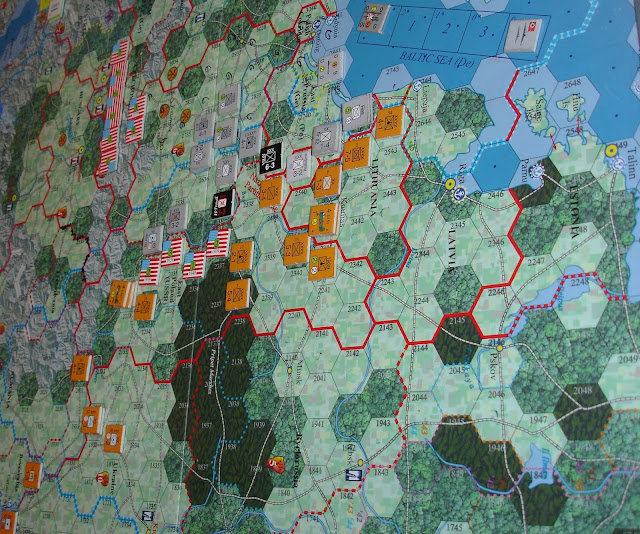 The USSR has just shuffled around units garrisoning the border.
The Germans have started to rail back units form the fast shrinking Western Front.

Other events in this session were the Italians declaring war on the Commonwealth, again the US didn't seem to care, and the determination of the French to hold out in the south west.
Posted by Sun of York at 5:49 PM