This game has a few things arse about compared with more modern games (principally terrain effects), but all the same it is a remarkably good game. 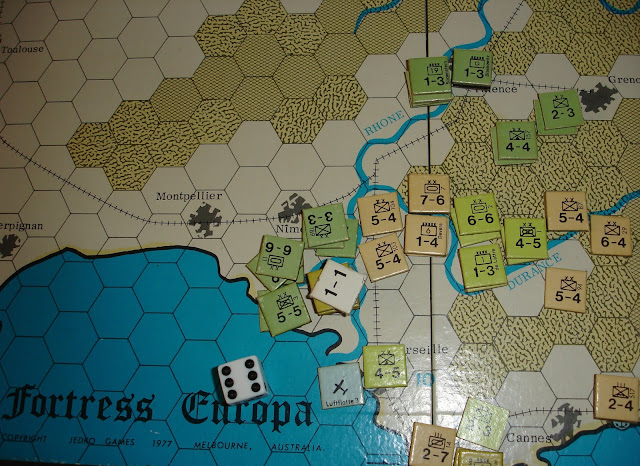 Things were going really well until this disaster.
Teaches me for not knowing the rules.
I didn't realise that the Germans could bomb the bridges.
That cut my Canadian Army's retreat.
That would only happen if the Germans threw a 6 in their attack.
:-(


Edit: Richard reminded me that at the time I landed the Canadians in the south of France that the warm weather wouldn't suit them.  How right he was. 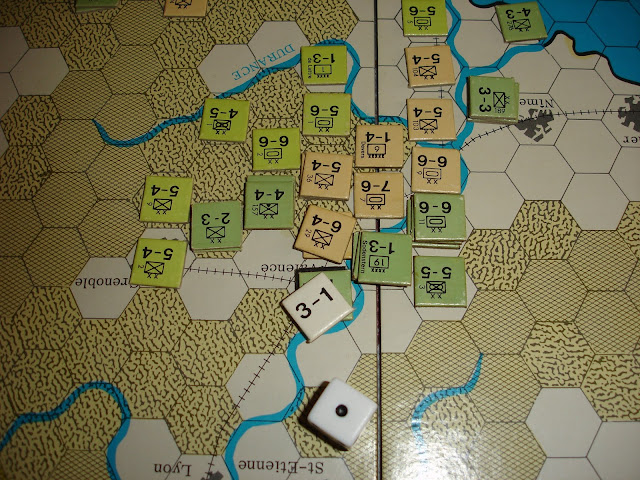 Of course that left them vulnerable to a counter attack.
Anything but a 1 and I would have cut them off.
Didn't happen. 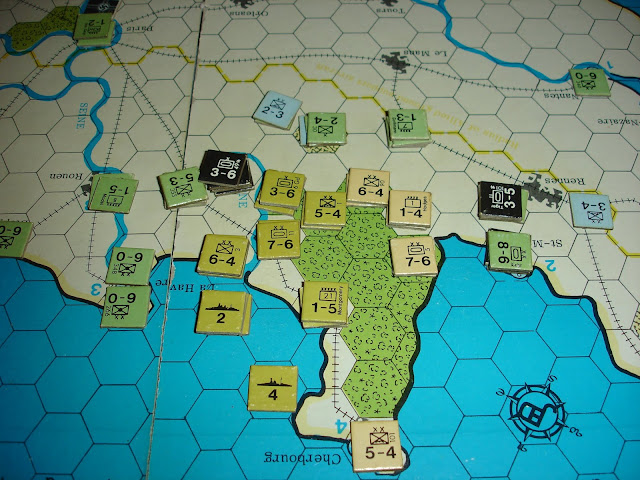 Back in Normandy and while things have improved,
my second breakout to St Malo ended in another disaster. 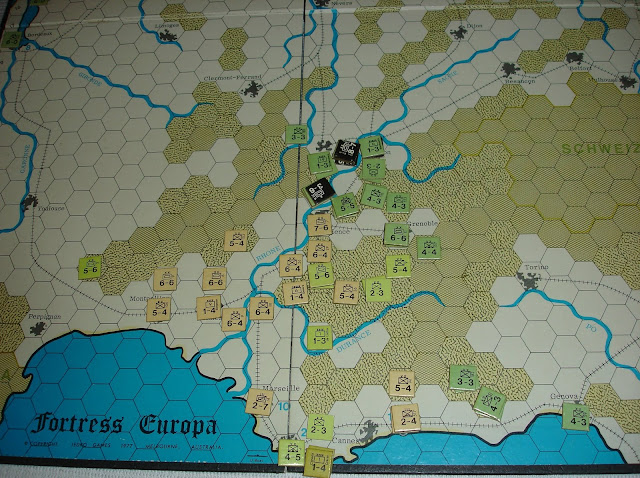 At least things have improved down south.
I'm expecting a race for Bordeaux.
Posted by Sun of York at 10:56 AM