This time it was Dave's turn to play, first time since Waterloo (I think that might have been the actual battle, not the more recent bicentenary).  We rolled dice and I went Prussian.  The aim was to test out my new disorder counters (success) and casualty markers (jury is still out). 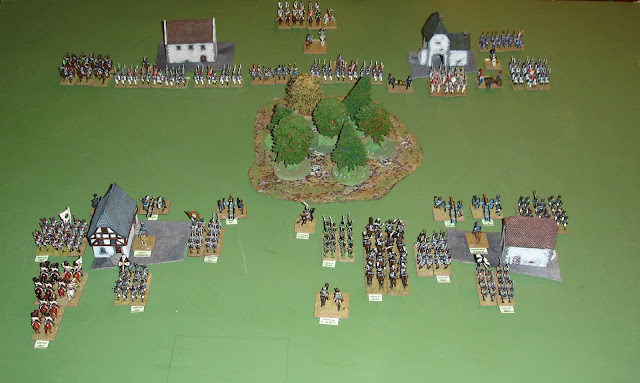 The Prussians deploy in column, the French in lines.
How odd is that?

Well, not odd if you remember that a brigade/regiment (roughly the formation represented by a set of bases in NB) in "line" is really deployed for combat, while in "column" it is ready for maneouvre.  Did I say Dave hadn't played in while? 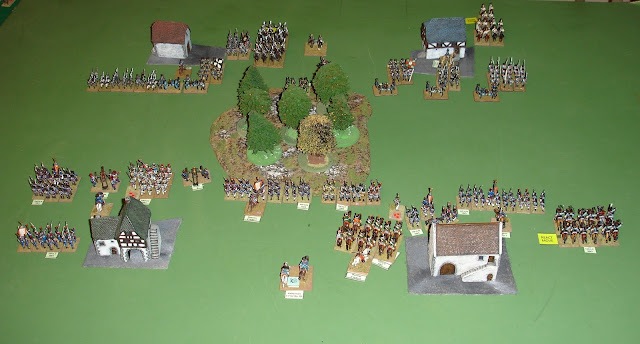 End of Turn One.
Unlike the previous game we got into action straight away. 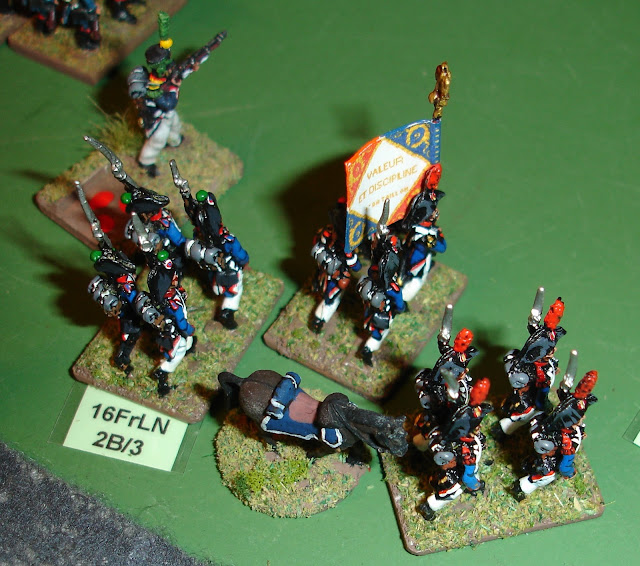 Some lucky shooting by Prussian artillerists routed this French unit.
Rout is depicted by randomly positioning the bases around a disorder marker.
Note casualty marker. 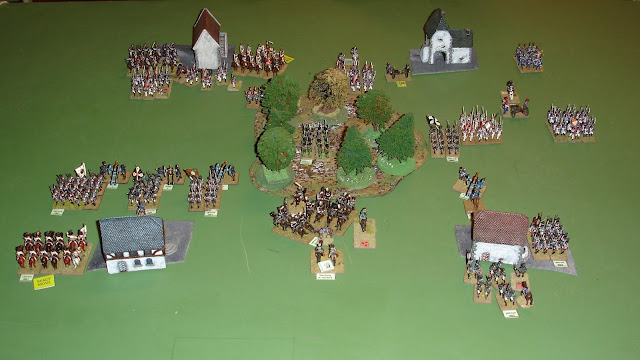 End of Turn Two.
A promising charge by Prussian light cavalry ended in disaster
when they got shot up on their approach. 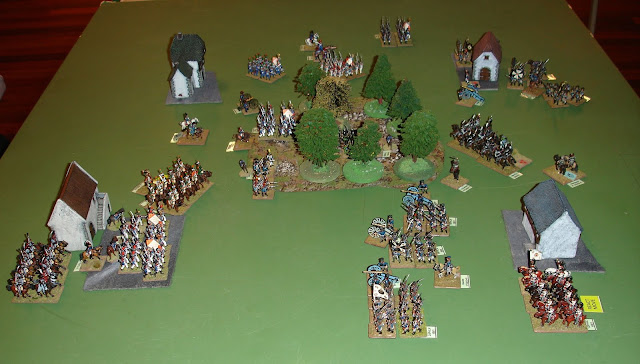 End of Turn Three,
seen from the Prussian left where they are cautiously advancing,
having gone on to the defensive on their right flank
(note cluster of routed units behind the village). 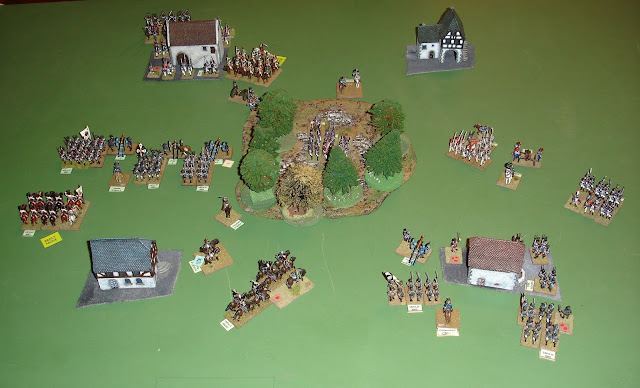 End of Turn Five.
In the excitement I failed to take a photograph of the previous turn's end.
As it was we had run out of time.
I declared victory as the French had used all their Free Roll markers and I still had one.
Posted by Sun of York at 10:28 AM