You can never be playing too many games... 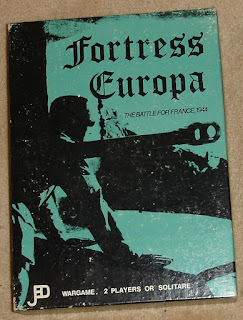 And Friday it was time for Fortress Europa with Richard.  I had never played this classic game before and wasn't too sure of what best strategy to follow, so I went historical. 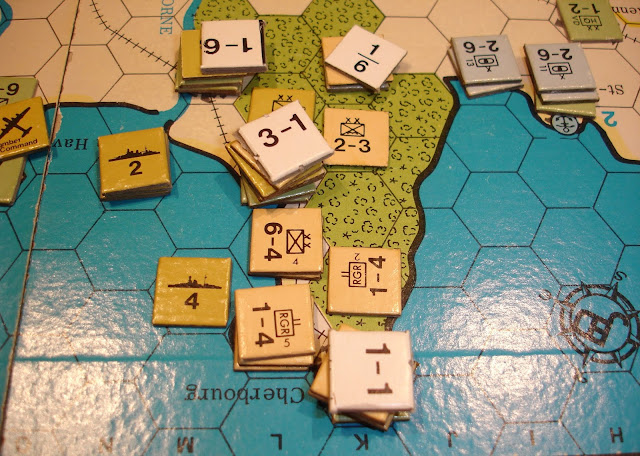 The paratroops got scattered and had to make some desperate attacks,
although looking at this again, they didn't have to attack as they were not in an enemy ZoC.
Luckily they survived. 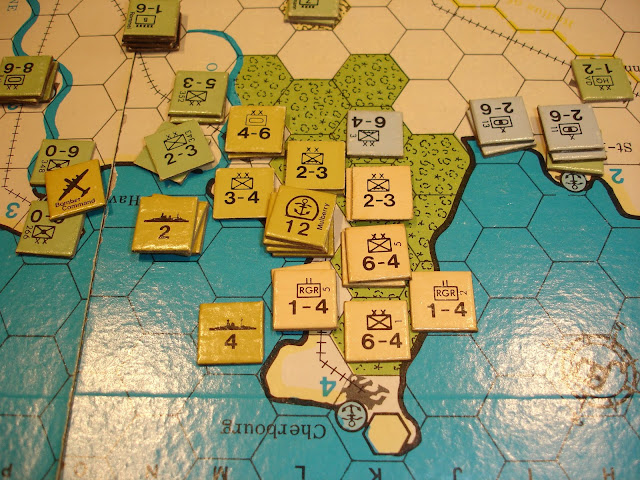 The Allies are successfully ashore and have even taken Caen. 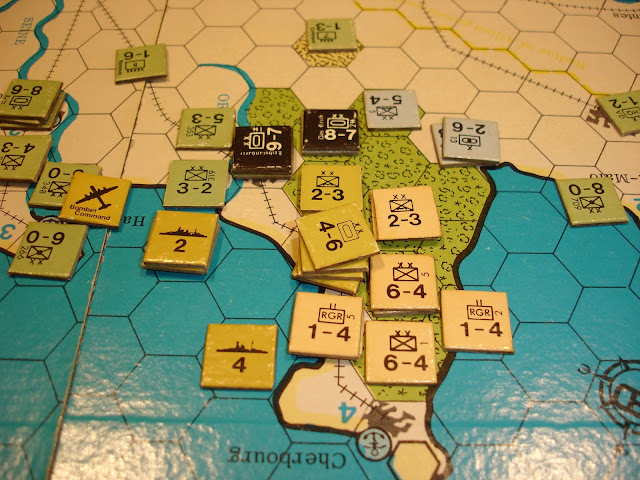 It was short lived. 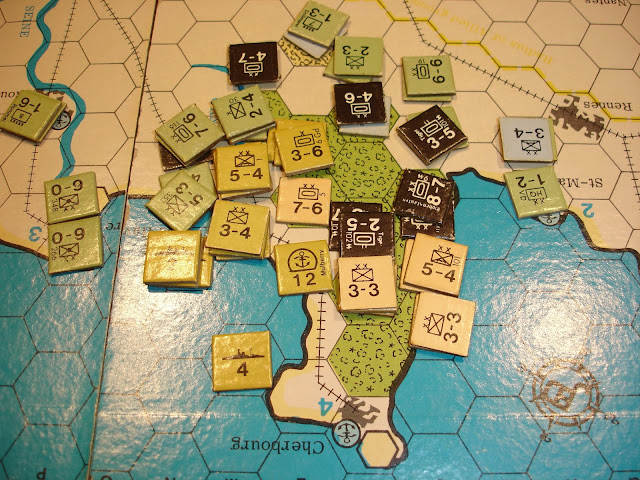 Two months later and despite almost breaking out once, the beach head has almost been split in two.
Desperate times. 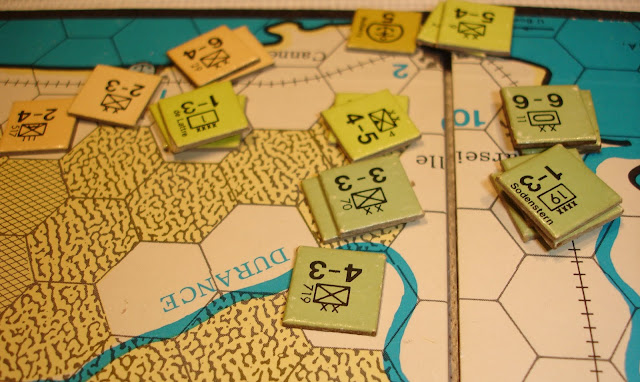 A second landing has been made down south
hoping to relieve some of the pressure on the Normandy beach head.

TO BE CONTINUED
Posted by Sun of York at 9:59 AM