Germany aligns Hungary and takes a land move using one oil (leaving them with 5).  The weather roll is a 9, fine everywhere.

They hold off on ground strikes, which would only have been for mopping up operations against trapped Soviets in the swamps and mountains. 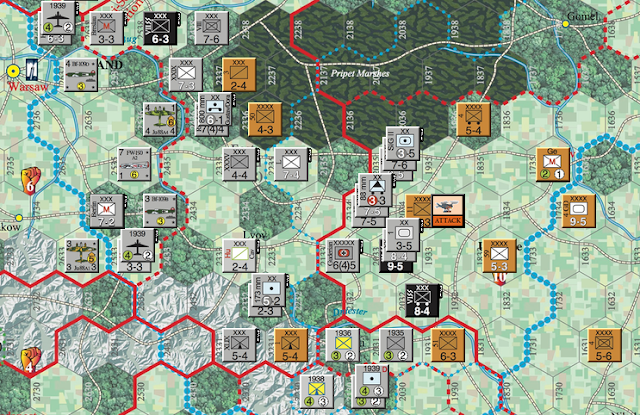 While AGS is stalled, AGC strikes towards Kiev with a 10 to 1 automatic attack. 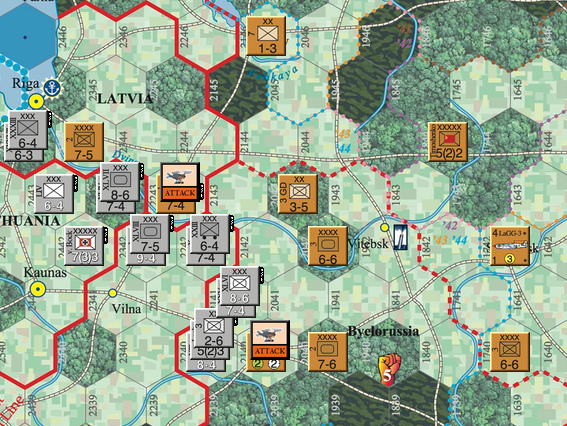 AGN has an automatic attack on Minsk
and a 3 to 1 plus 2 blitz in an attempt to cross the Dvina.
The Axis roll is a 9 and a 4 for a final score of 21 resulting in the Germans remaining unflipped
and the Soviet unit going to the Production Circle to return July/August turn.

The Axis then do four aircraft rebases, two in the north to Minsk and two in the south.

The Soviets take a land action costing one oil (leaving them with 4).  Reserves are deployed to Odessa, Archangel, Vitebsk, Smolensk, Pskov, Kursk   The Vitebsk factory is railed to safety.  Troops are either left in place or subtly pulled back to form a new line. 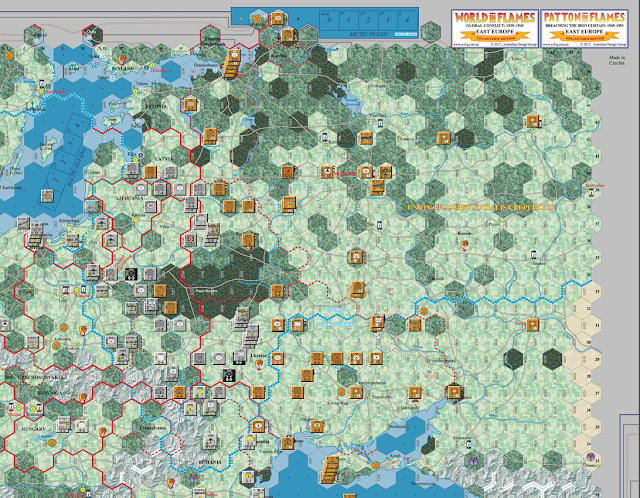 At this stage the Soviet strategy is not to panic!

The weather is fine for the third Axis Impulse and they choose a Land Action.  Oil is down to 4.


A ground strike is conducted against the Soviet Mech Army defending Latvia.  It fails. 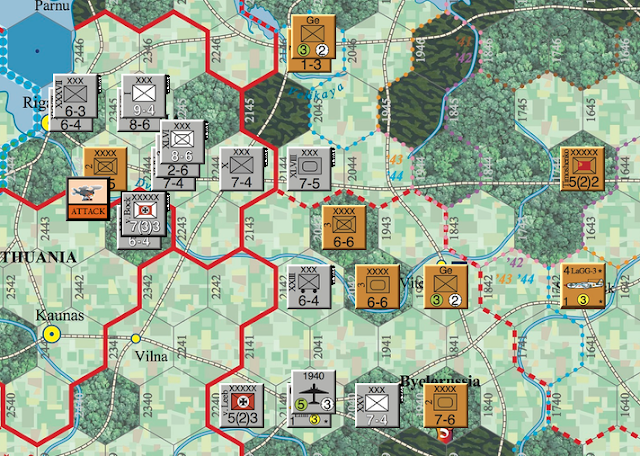 Army Group North attack anyway at 7 to 1.  They roll 3 and a 5.  Just not good enough.
As the defender was a mech the Axis suffer a loss and have half their units flipped.
The loss taken is adjacent to the HQ (which was not used in the attack)
and provides a cadre (bonus Build Point). 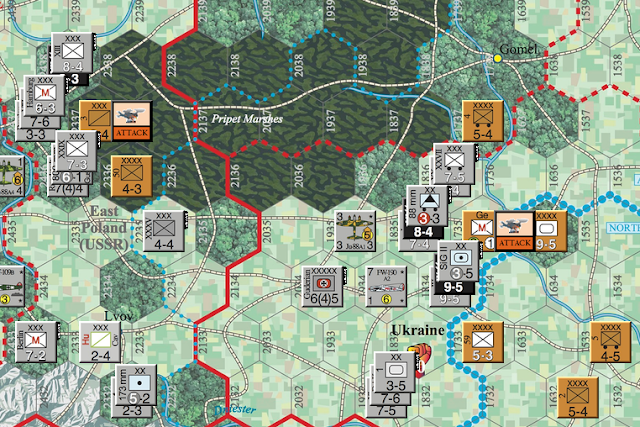 The Axis strategy is to depend on a long turn of clear weather.

The Soviets deploy the last of their reserves, principally around Moscow.  The Odessa factory is railed to safety.  The Soviets take a land and oil is reduced to 3.  The delaying tactics seem to be working. 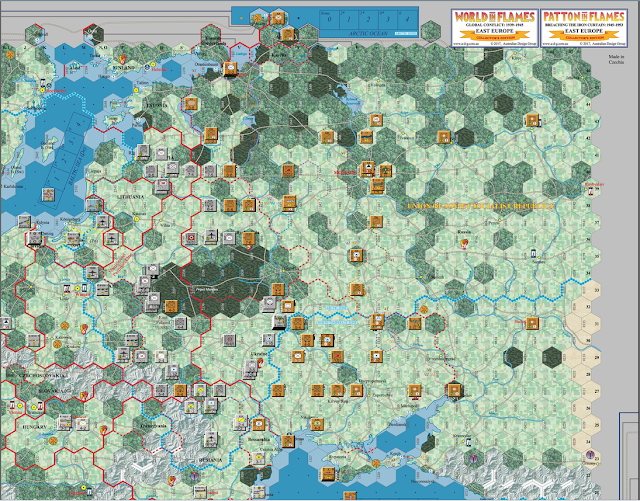 Both sides have their major deployments in the Ukraine.

The Axis fourth Impulse is greeted with snow in the arctic and storms in the northern temperate. This created a pause in play while I tried to understand all the impacts of this adverse weather.  Storm doubles movement and halves supply range.  Snow reduces movement and supply by one.  Both impact air power and combat.

The Axis decide to save oil and just mop up in the now frozen swamp with a no oil land action. 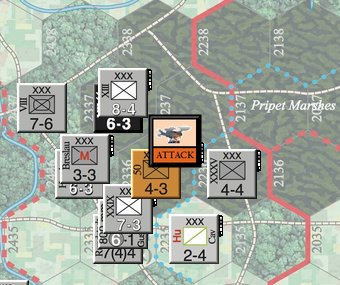 The only oil dependant unit to move is the Rundstedt HQ and a massive attack is launched against the remaining Soviet army in the swamp.  It is 49 to 4 and even with the snow penalty provides at least a +20.  As it is the final modifier is +21 and the roll is a 7 and a 9.  Soviet unit is eliminated (no cadre). 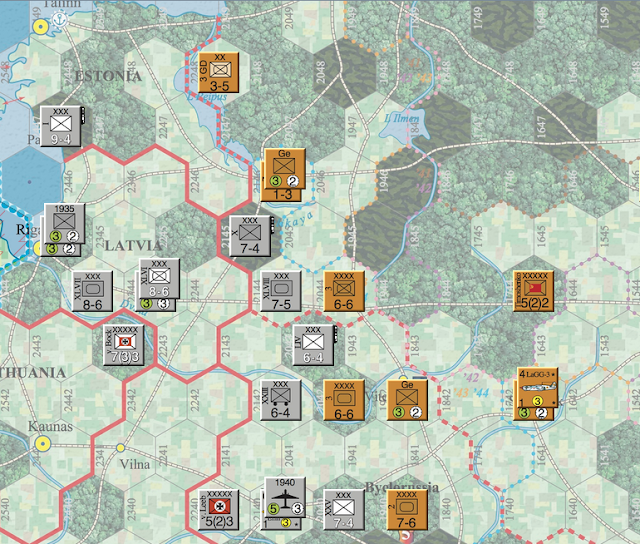 The only significant advance is in the north.

After rebasing some planes the Germans roll for end of turn.  The Soviets hope for a 1, but the German rolls a 10.  The impulse marker does move on two squares which gives the Soviets a fifty percent chance of the turn ending if they pass...

The Soviets decide to pass and are dismayed when they roll a 10.
Posted by Sun of York at 1:27 PM