Last night at the NWS Mark B and I tried out cavalry with Songs of Drums and Shakos using some of my very old (1979) and very new (2014) figures.  The scales are mixed, but so it goes. 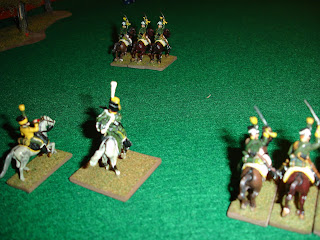 Some old Hinchcliffe Chasseurs a Cheval and a lone Minifigs trumpeter go into battle.
The officer is OPC48, the troopers FNC36 on LH5 and the trumpeter FNC41 on N14. 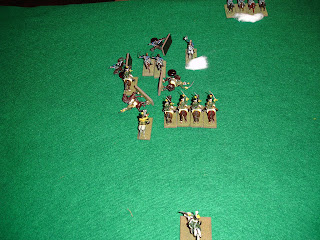 Blood is spilled early in the encounter. 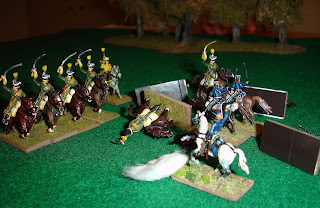 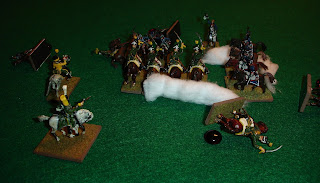 The French officer,  a lovely one piece casting, gets his men into action. 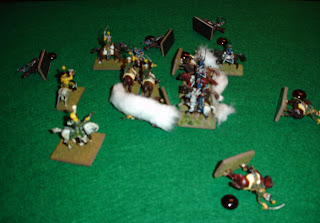 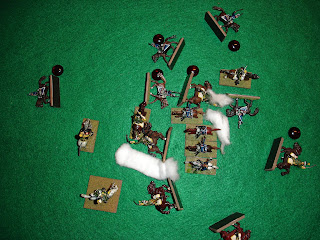 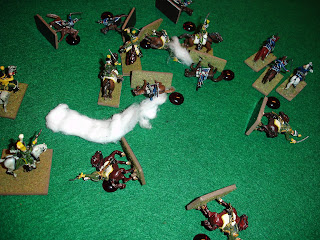 The Dutch are the first to break and head off home.

Great little game and I was very happy being able to use some of my figures that have rarely seen the top of a table.