A friendly game at the club and a chance for me to get my new peltast unit in the field.  It would also be a return match against Olivier's Justinians and I changed my army a bit, breaking down the large units of hoplites to give me more width and also using the peltasts (now running seven units) as an effective and aggressive screen - or so I hoped. 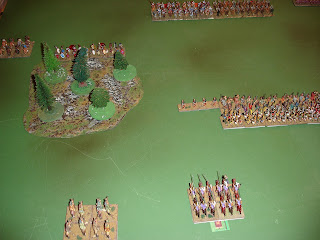 The right flank Byzantine commander, Brendan,
is infiltrating some barbarian foot through the woods on my left. 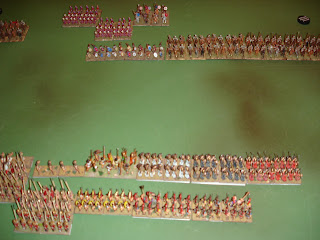 Two solid lines of my infantry face the Byzantine cavalry on my right. 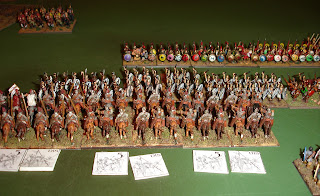 The left flank Byzantines, Olivier's command, couldn't resist a charge.
My Peltasts fought extremely well (nothing like throwing ones for cohesion tests). 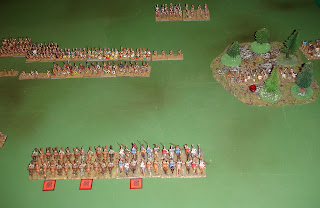 On the Byzantine right, Brendan held his cavalry back,
while he worked through the wood. 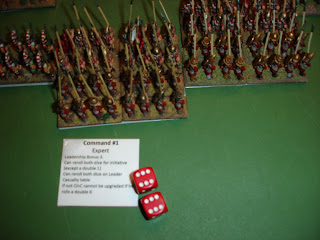 Yeah!  My CinC gets upgraded. 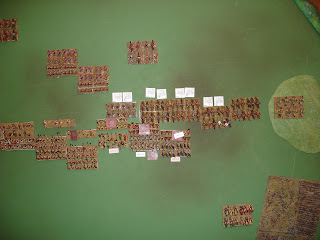 The hoplites on my left have come to the rescue of the peltasts.
Sadly they did not fight as well :-( 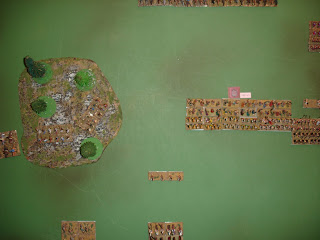 The shooting starts on my left 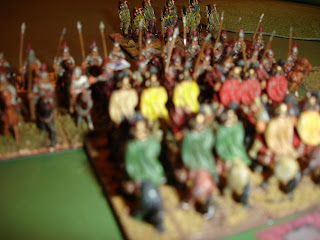 Things are getting tough on the right.
My Thessalian cavalry at least hold their own
although out numbered and out classed. 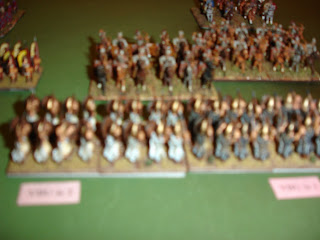 So with the demise of the right wing hoplites,
the much reduced peltasts are back holding the line. 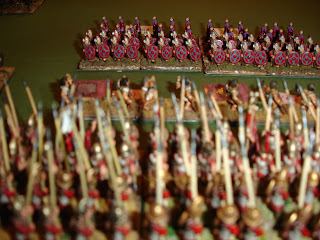 In the centre heavy infantry is getting close. 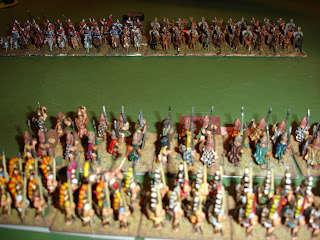 While on my left I continue to move forward. 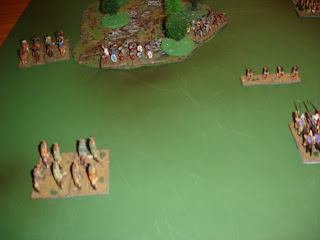 But on my far left I'm happy just to screen. 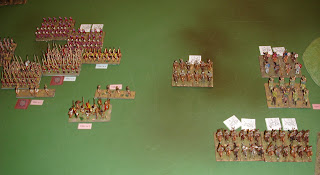 A lot has happened.
The centre infantry are engaged.
The peltasts (apart from my new unit) have been spent,
but not before removing some of the enemy cavalry.
My Thessalian cavalry however are gone :-( 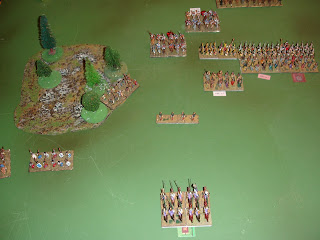 There is even fighting on the left. 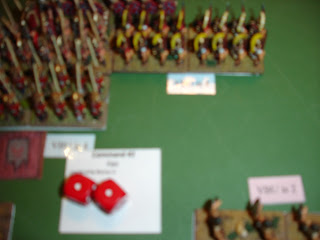 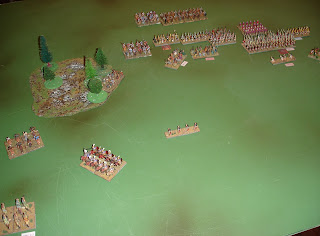 Victory snatched from the jaws of defeat.
The Greek elite heavy cavalry ran down the enemy in an epic flanking cavalry charge.
(A triple move with no disorder, only one hit in a roll of twelve dice,
but a poor cohesion test for the enemy combined with being hit in the flank was the end of them) 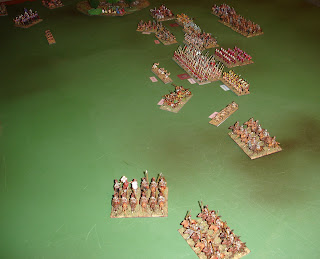