Today my Greeks took on Richard's Romans.  It was a bloody affair. 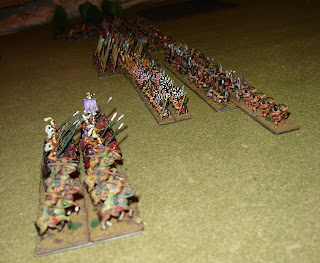 The view from the Greek right flank.

The view from the Roman right flank. 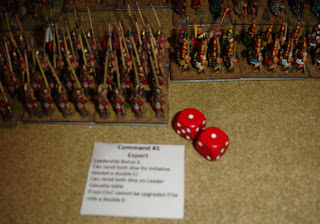 Things get off to a bad start when my expert CinC turns out to be only fair.
A classical case of lying on his CV. 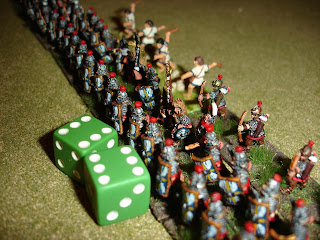 The Roman left wing commander who is already an expert tries for charisma,
but the Roman CinC is already at that illustrious level so he'll have to settle for feeling smug.

That's just about everything on the field in that shot. 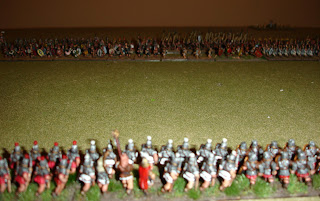 How my army looks as it faces the Romans. 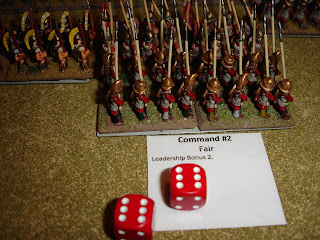 My fair left wing commander thinks he should be considered an expert. 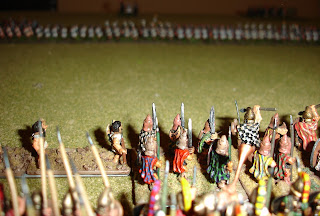 The Roman Legionary units are armed with Scorpio

The end unit of Thracian peltasts has been blasted away
by some accurate long range fire from the Scorpios. 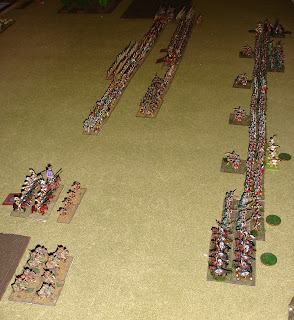 I am having trouble getting round the Roman flank.
The Romans being on opportunity are making it tricky. 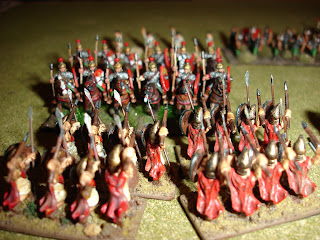 On the other flank the Roman cavalry runs down some of my Peltasts. 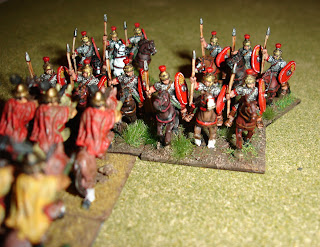 But my Thessalian cavalry in turn rout the Romans. 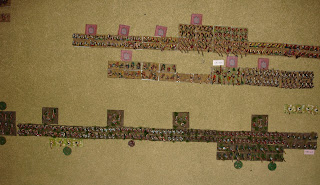 Have models of Scorpios - best put them on the table for show.
The damage is mounting on my skirmish screen.
The Greek right wing is disordered due to a bit of haste trying to keep up and close the gap. 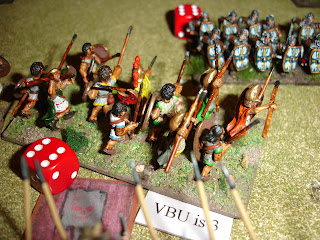 The Romans get a hit on a reduced unit of peltasts.
The Peltasts fail their cohesion test big time. 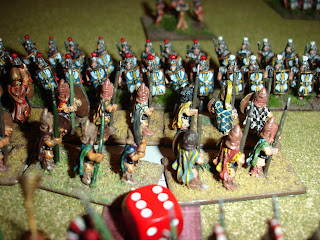 The same fate happens to a unit of Thracian peltasts. 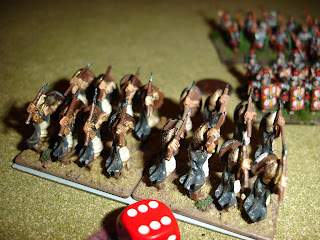 And then another unit goes the same way. 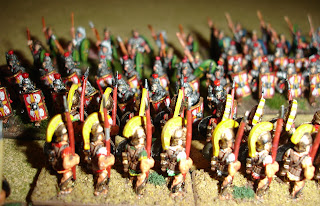 But now it is the time of the Hoplites. 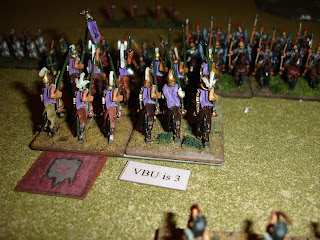 Things were getting desperate on my right.
So I threw in (or to more accurately phrase it - threw away) my heavy cavalry. 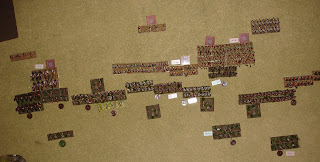 Losses have been substantial, but mainly just light troops.
The Greek pike blocks are now engaged in the fighting. 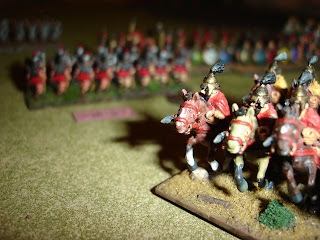 My success in breaking the Roman right flank was short lived. 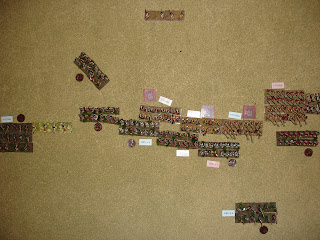 As my right wing collapses at the same time, tipping my army over its breakpoint. 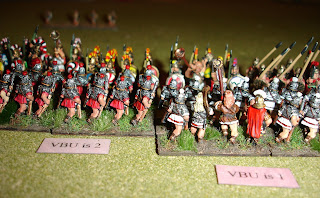 But it was close.

Two excellent 550 point games in two days.  Impetus is a great system, I just wish they would produce a consolidated rule book.