And the winner is

Time for end of year chariot races at the club.

Seven starters for the first race.
My chariot is the one with the four light brown horses. 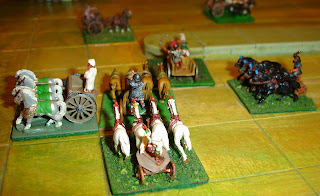 A bit of a jam on the first bend. 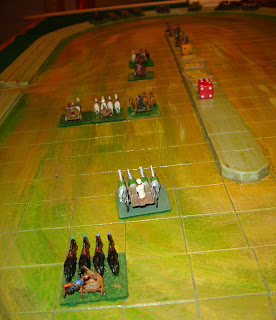 Middle of the pack. 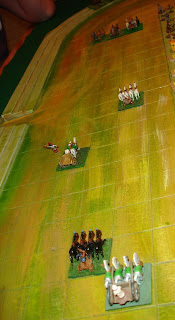 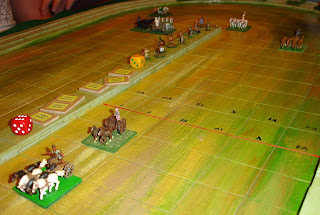 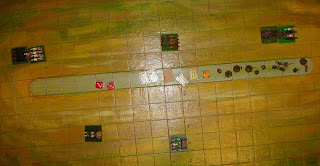 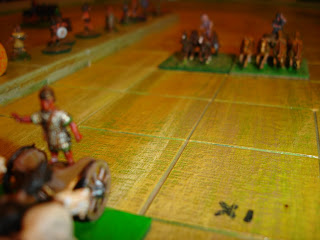 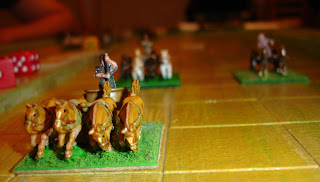 And I zoomed through into the lead. 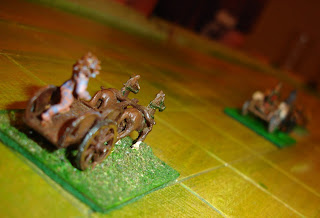 The Gaul is trying every stratagem in the book 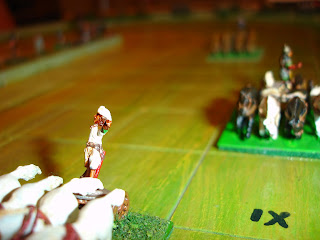 The lead chariot catches up to the last chariot,
but a whipping by the Gaul stalls the poor chap. 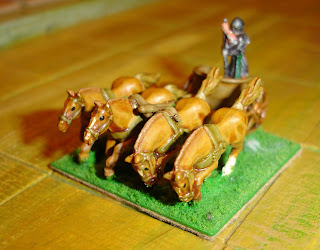 For the record, Alex had the mixed black and white team, cruelly whipped at the post.
Ben had the all black team and Dave had the very slow greys with the green saddle clothes.
Brendon was the Gaul and I had the team light brown hair (as previously noted).
Olivier was the all white four horse team and Gareth was the two white horse team (which mostly raced sans driver).

Then there was the second race... 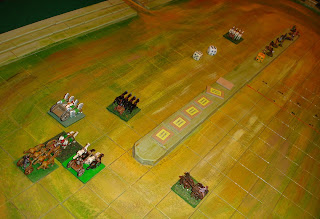 Same players and chariots as before, but this time with an air of vengeance. 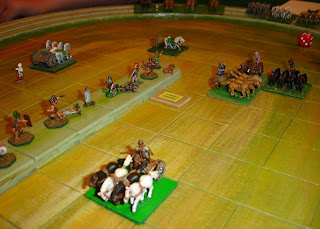 Again Gareth lost his chariot.
Just to make it interesting Olivier was forced into the central barrier
(he can be seen running from the fray with a light limp far left centre). 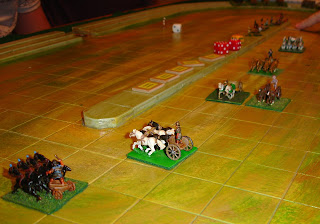 Alex and Ben are in the lead, but Alex has the advantage. Bird's eye view of the finish.
Alex well in front followed by Ben and then the Gaul (who is heading the wrong way - don't ask)
Then my chariot just turning into the home straight, followed by Gareth's empty chariot.
Finally there is Dave bringing up the rear (again)
Note the two charioteers waiting by the exit - Olivier and Gareth.

Thanks Dave for organising and running the game