Paul organised this game, supplying the amazing playing surface made up from WW2 German reconnaissance photos. 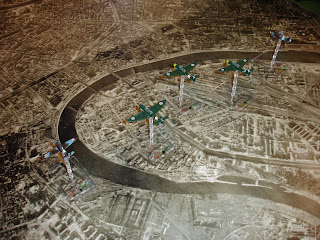 The Stukas and their escorts are on their way to bomb the Kremlin.  I'm not sure if the Fascist Italians ever did this, but I'm sure they would have if they could have.  Let's see how it goes. 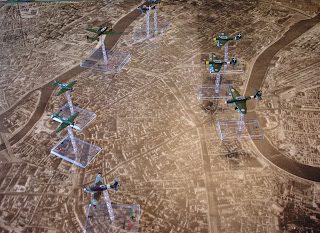 Soviet Yaks and a rebadged ME110 intercept the Fascists. 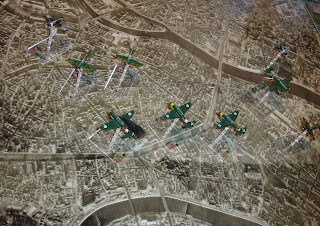 One of the Stukas is in trouble. 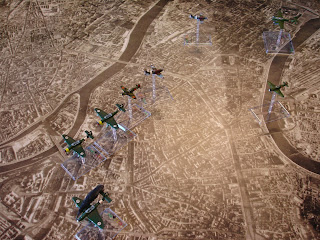 The Fascist escorts seem to have got separated. 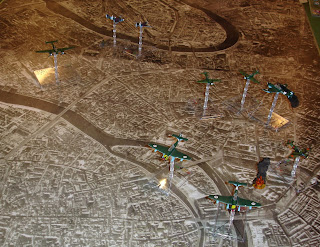 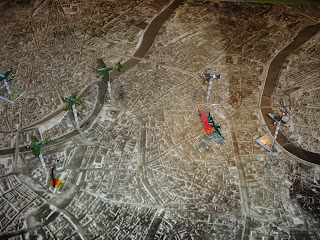 The Soviets have their revenge. 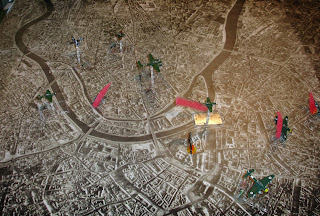 The Fascist lost two Stukas and one escort while the Soviets lost one interceptor.

Wings of Glory WW2 doesn't handle large games well.  We had four players and juggling two planes each was not trivial.  Plus we needed two sets of damage counters and other play aids.  As usual with our WoG games there were plenty of collisions.  I'm not sure there is any alternative to these rules, but I am looking.

Paul has done an AAR and it can be found here:
http://www.wingsofwar.org/forums/showthread.php?24315-Mussolini-s-raid-on-Moscow

Email ThisBlogThis!Share to TwitterShare to FacebookShare to Pinterest
Labels: Wings of Glory, WW2