DBA While You Wait

At today's NWS games day we were lined up for a special Wings of Glory game, but the organiser was delayed and so Stephen N and myself thought we'd have a game of DBA. 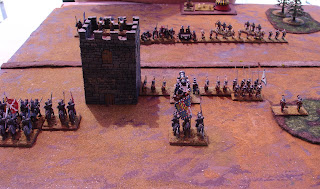 With the medieval/dark ages figures I had to hand I made up a Burgundian Ordonance army that was defending against some Yorkists. 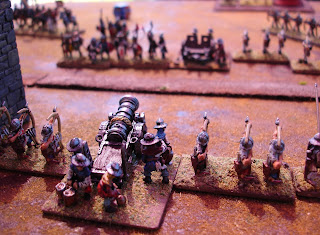 Both sides had artillery.  Naturally I had selected the biggest gun for my side, but it didn't do me any good. 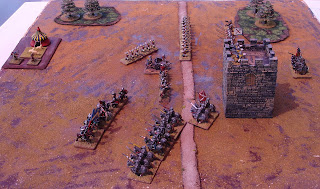 I'm holding on my right and attacking on my left. 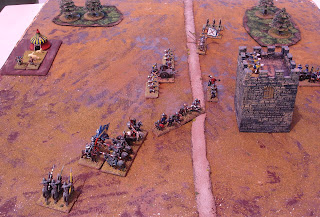 We were a bit rusty but DBA gave us a great fun game.  We were using DBA 2.2 and our game attracted some favourable comments.  Maybe it is time to organise a campaign.