I might have used this post title before, but it seems symptomatic of our games - more damage is done by collisions than enemy action (although some of the collisions are with enemy planes). 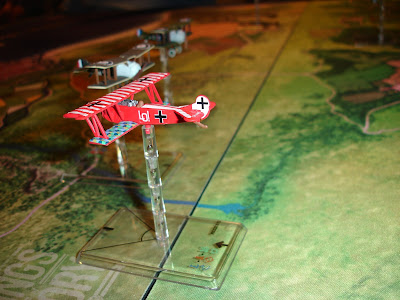 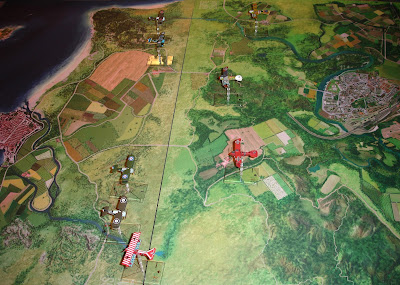 On the Allied side were Stephen N and Mark B with two Snipes each.  On the German side there were Brendan, Paul, Stephen B and myself.  Does the lower ratio of players to planes help the Germans?  Let's see... 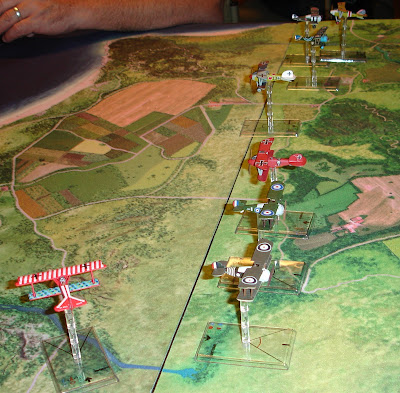 Penetrating the lines.  The first fire was rather deadly. 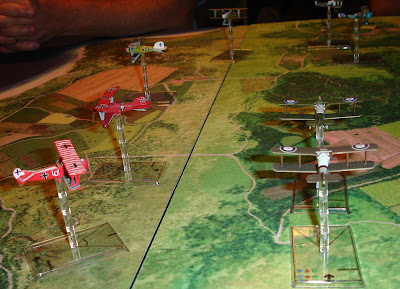 Turning back for more. 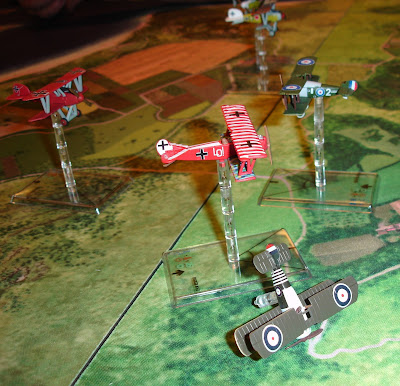 Literally knocked him out of the sky (yep, the damage caused by "avoiding" collision stressed the Snipe on top of its existing damage and it went down). 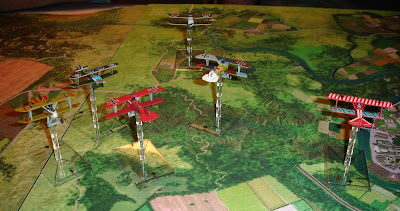 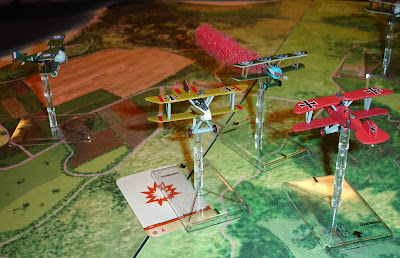 Allied revenge, Mark B scores a kill only to see Stephen N adjudicate that it was merely rudder damage (he was using some alternative explosion card rules). 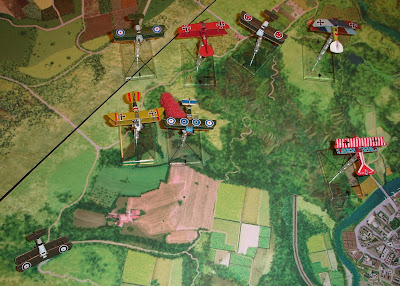 Another collision.  I suffered at least three, but it was the last one that did me harm and set me on fire (must have dropped my ciggie) 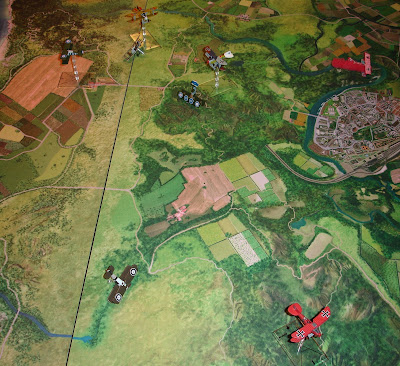 I can't remember who got the other kills on the Snipes, but the allies certainly came off the worse for it.  Sadly my plane went blazing into the fiery sunset.