What better to do on a Sunday afternoon than play a game with miniatures. 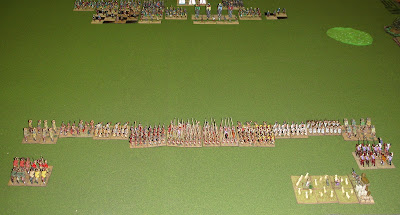 My army deployed in four commands. 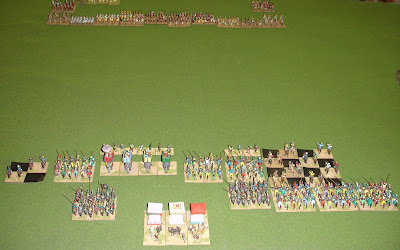 End of T1 and I'm pushing forward at double speed. 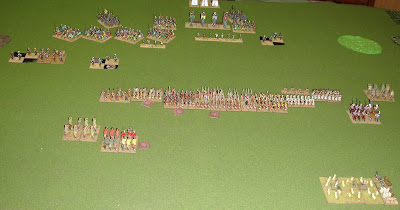 T2 and the Sassanids appear to be heading to their right.  I push forward with my right. 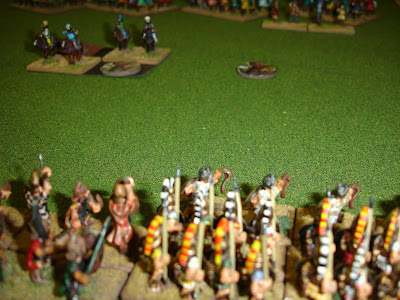 First blood goes to the Greeks when they rout a unit of horse archers with some lucky sling shots.

T3 and the armies are doing the twist. 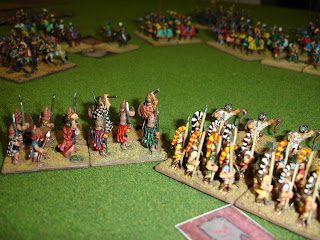 Thracians have to cover the left flank. 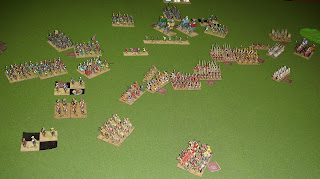 T4 and the Sassanid switch to their right is fully under way. 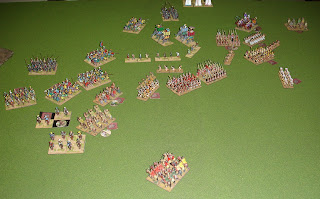 T5 and both left and right of the lines have clashed.  Two Sassanid units routed on their left and on the right the Sassanids have lost two units of horse archers. 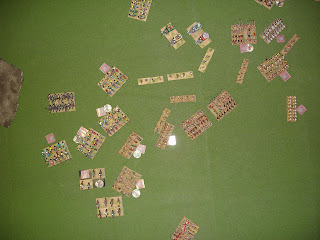 Top down view at the end of T5.  It is going to be a race to rally and wheel to face the enemy in a number of places. 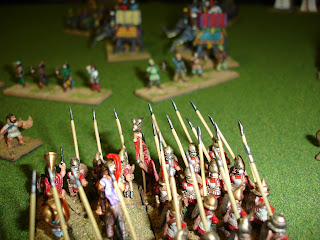 Will the Pikemen catch the elephants?