On Saturday Stephen N, Mark B and myself travelled up to York (that's York, Western Australia) were we joined the ANF and another quest, David, in a refight of the Battle of Pharsalus using Impetus and a wonderful collection of 1/72nd scale figures. 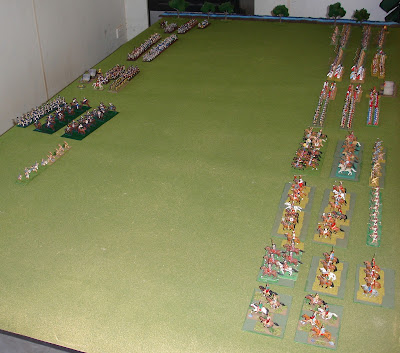 On the left there is Caesar's army.  The small force at the top was commanded by James, the double line in the centre was David and then my command from the troops in front of the camp all the way to the end of our right wing.  Good thing I've now read the rules, plus the errata, and was up for the challenge.

On the left are the forces of Pompey, commanded, top to bottom by Mark B, Stephen, Mark W and Julian.  I was facing the latter two guys. 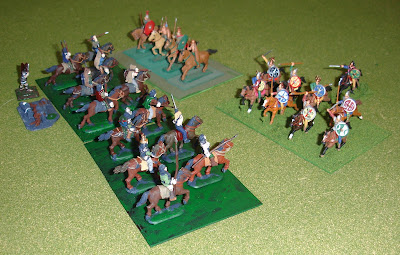 Being outnumbered I/we decided to get stuck into things straight away.  I need my cavalry to at least hold off the enemy to protect the flank of X Legion which I hope would crush the enemy centre. 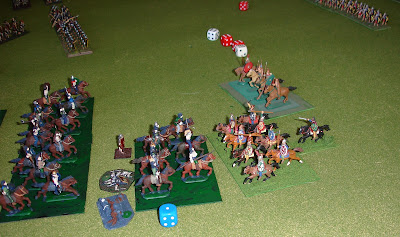 I lost one unit and the second was just about done for (Julian rolled three sixes) when I rolled a 1 on the cohesion test.  Phew. 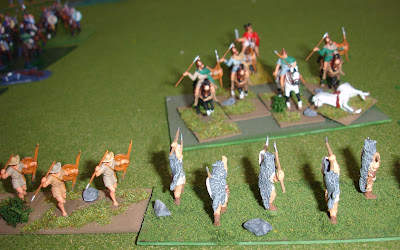 The enemy light cavalry charged, but didn't make it, ending up disordered.  My Roman skirmishers couldn't opportunity fire as they were the object of the charge, but their companions, the Greek javelinmen, had a shot on opportunity as the enemy had entered their zone of control.

As Julian had moved first I expected my guys to be able to fire when activated, but after much debate we settled on a unit can fire "only once per turn".  I reckon this is wrong as a unit on opportunity can potentially fire multiple times and if I had gone first and fired I could still have fired on opportunity.  However my arguments were wearing out my welcome so I desisted (but will follow up with the Impetus forum which I am about to join).

I got to move first next turn and my javelinmen put paid to the light cavalry.  Better still, my course of argument seemed to have worn down my opponent who was wary of attacking me again. 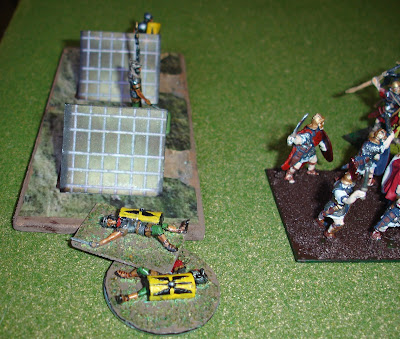 You have to have a camp.  This was a quick knock up from: http://papermau.blogspot.com.br/2012/09/tents-from-roman-campaign-by-papermau.html 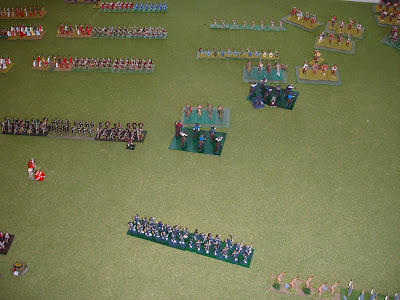 My forces.  My cavalry are finding it hard going, but they are doing their job of protecting the flank of the X Legion which is slowly getting into position. 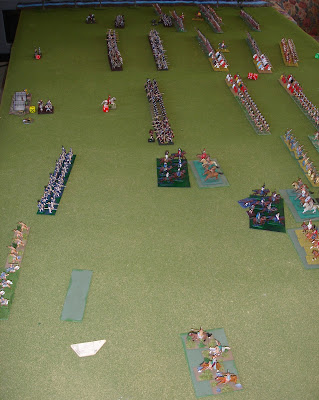 As can be seen our whole army is yet to get into action, although there has been a bit of fun on our far left. 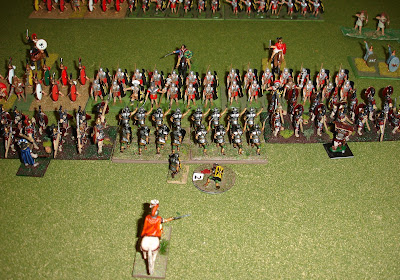 Wow, Airfix on Airfix.  My guys that I painted up specially for this game are in action.  Being against their own makes it a real civil war.  The single figures represent disorder, not commanders (except my guy, who is there just for show). 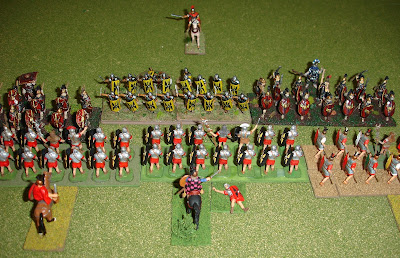 Same combat, but from the other-side's view point. 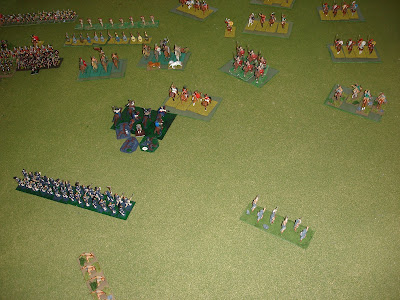 Well, things were not going well.  My X legion had failed to smash their opponents and my cavalry was starting to evaporate. 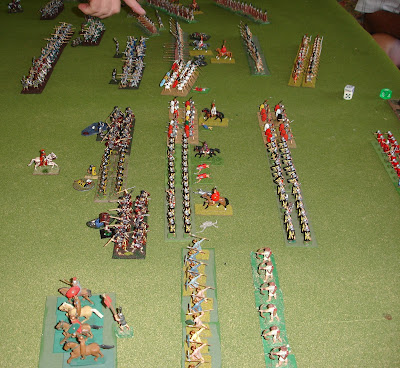 Our centre legion was now in action and losses were mounting on both sides.  The enemy however has plenty of replacements. 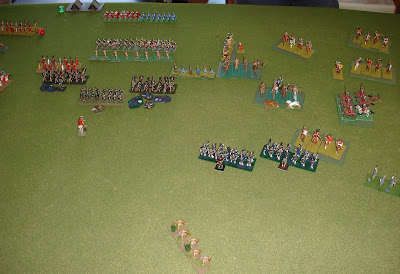 My X legion has finally destroyed the enemy's first line, but are very worn down.  My reserve legion is now covering the flank. 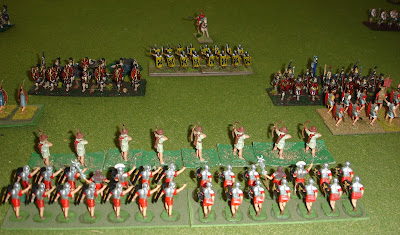 The enemy hope to wipe me out with skirmisher fire. 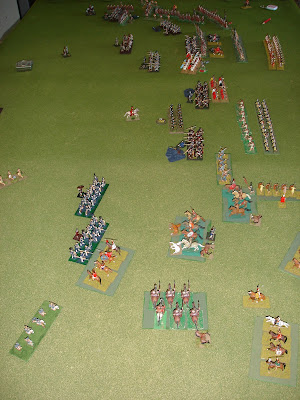 Well, I've kept my flank secure, but the X Legion are just about at their limits of endurance. 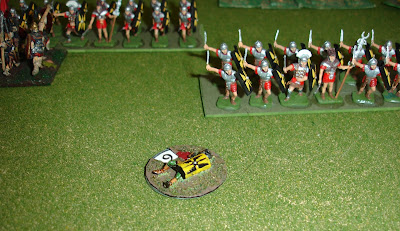 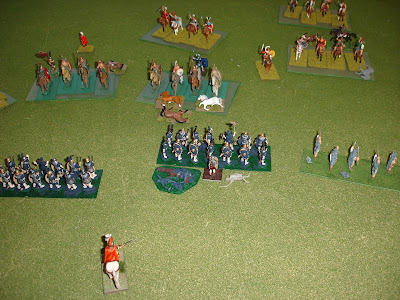 The reserve legion and javelinmen have kept the enemy left flank engaged, but ... 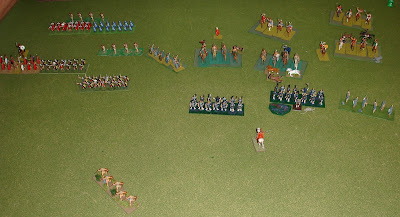 We are without troops to replace the gap left by the death of X Legion.

A more balanced AAR will have to wait the ANF's report.

We had one other complication with the rules to do with multiple melees caused by a group charge.  As I wasn't involved in that, and knowing we worked it out satisfactorily, all I need to do is review the situation for myself so I can understand how it works,

For the record Caesar had an army worth 582 points and Pompey 863.  So in pure game turns it was not balanced.  The breakpoints were 29 and 51 respectively and while we got close, it was a big ask in my opinion (and given my at times disappointing die rolls).