This is a bit of a precursor to some paper modelling I am doing at the moment that will feature in future posts.

My painting and modelling is reduced at the moment as I am currently tidying up my studio after some building work was completed (think dust everywhere on stuff that hasn't been touched for three years since we moved in and just dumped everything in what was advertised as "the games room"  - it is more a potential granny flat that has been treated as a shed and often referred to as the "man cave").  In tidying up I found a paper building I had made back in the 1970s. 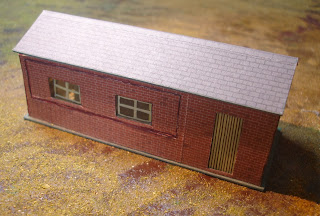 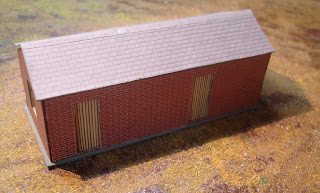 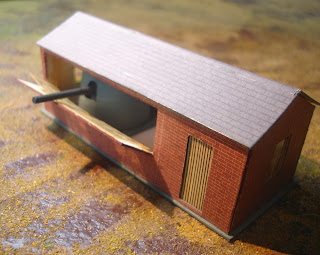 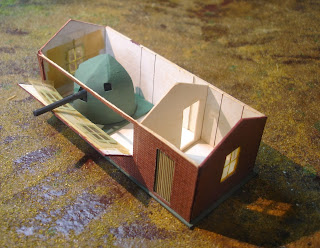 I have no idea why I did this.  It was a one off and apart from dreaming, I had no plans to do anything else from the Operation Sealion set of articles that appeared in Airfix magazine between 1975 to 1976.  I had built a few paper houses around this time from kits meant for railway layouts and must have been interested in seeing what I could scratch build I guess.

It has stood up to the test of time fairly well although it has never been used in "anger" a bit like the fortifications it represents.  The only failing was the sticky tape used to secure the windows to the walls.  I might have to see if I can redo it using PVA glue.  The "hinge" is not perfect, not sure how I can improve on that easily.

I am pretty sure I no longer have the Airfix magazine as they would have been something I would have given up as part of the big move - that said, anything can be lurking in the studio at the moment.

I did a search of the Internet and found items about the series, but not the article I was after. Then, in a bit of serendipity I came across a scan of a single magazine issue which just happened to have the article: http://www.scribd.com/doc/171814120/Airfix-Magazine-February-1976

Here are the relevant pages, poor quality, but the inspiration is still there. 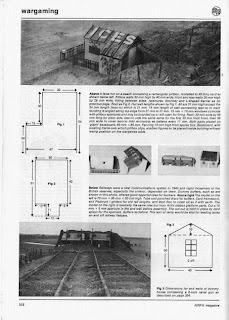 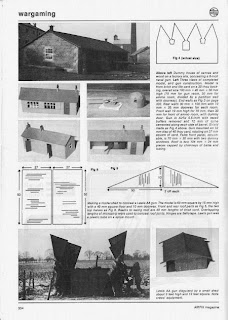 Funny thing is these emplacements, from rereading the article, were mock ups using wood and canvas, so paper is perfect for making a model of them.