Things are hotting up.  There was a wet and stormy winter 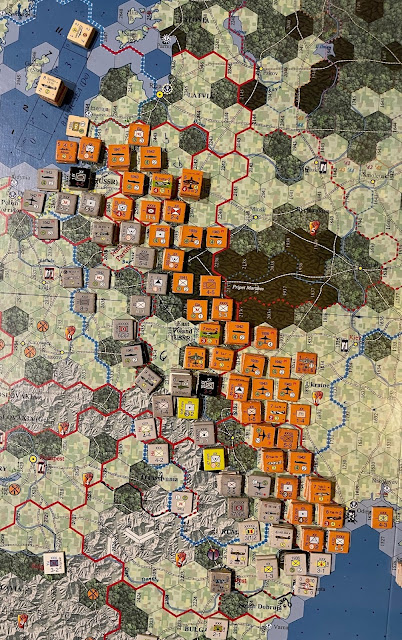 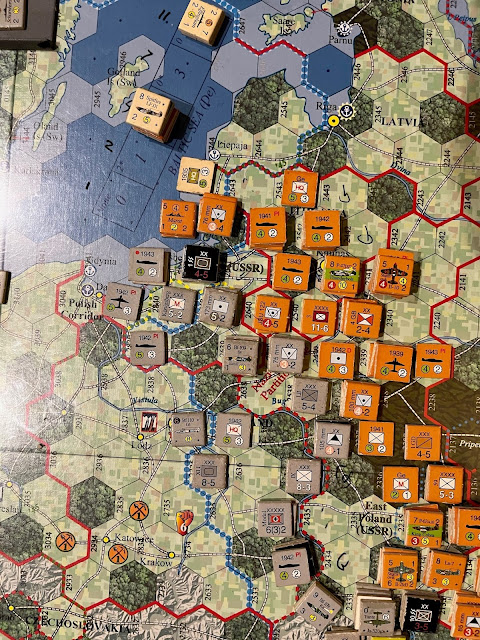 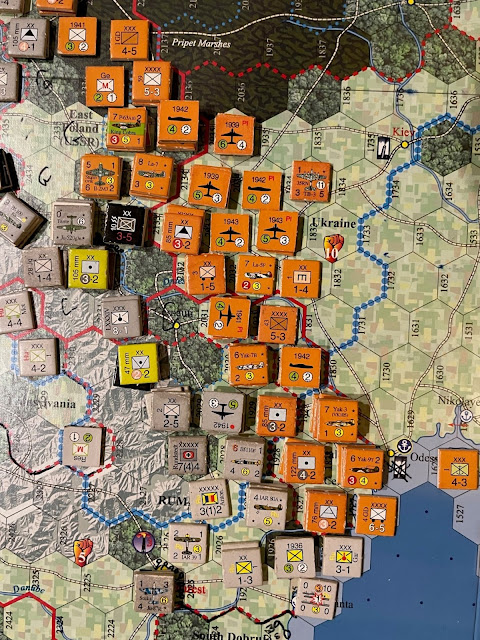 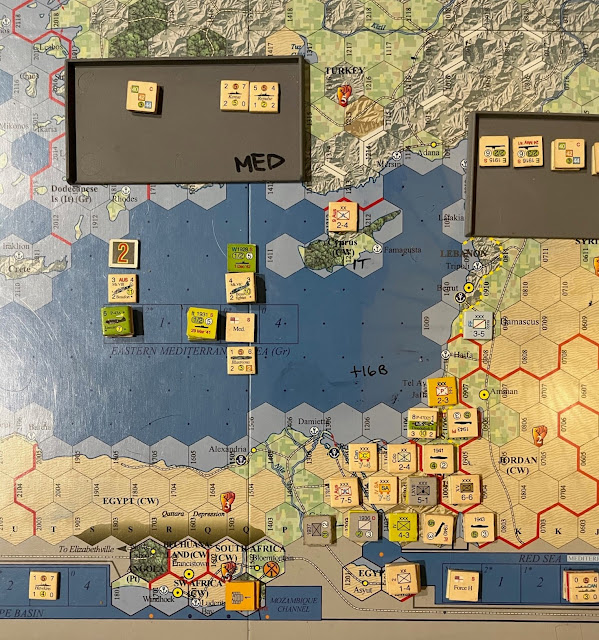 Finally inversions and a good attack on OOS Axis units. Egypt is about to be liberated - 1944 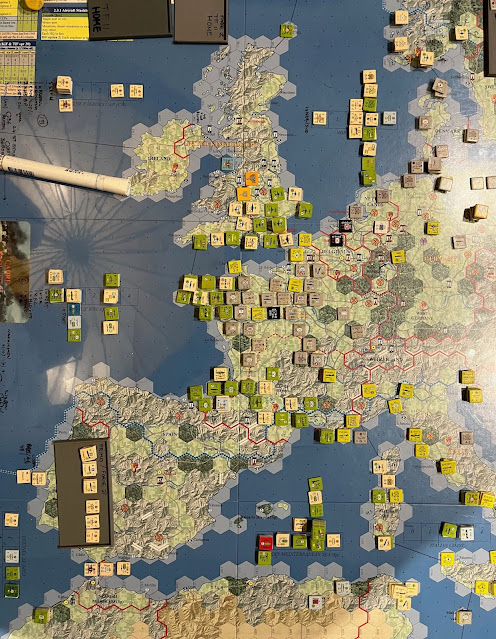 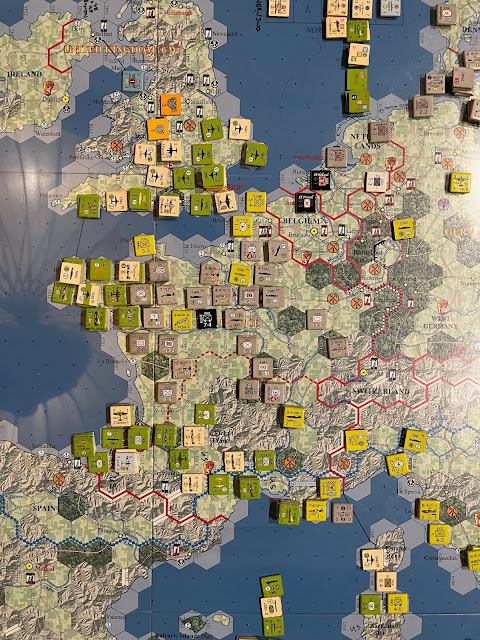 Bordeaux and Marseilles fall to the Allies opening up Southern France 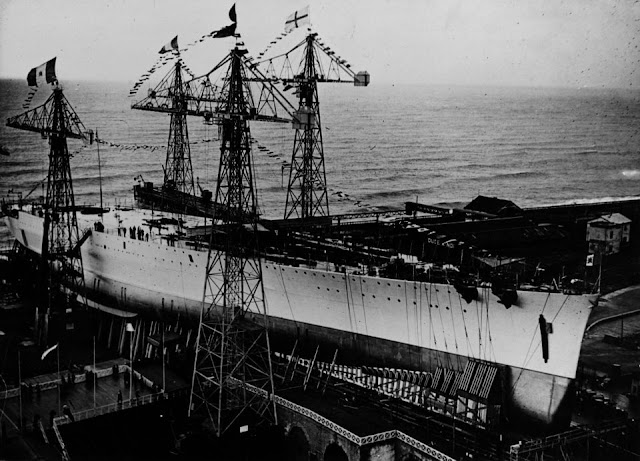 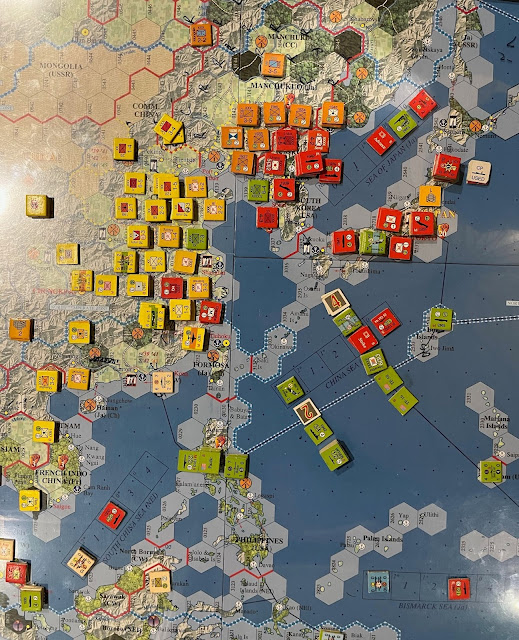 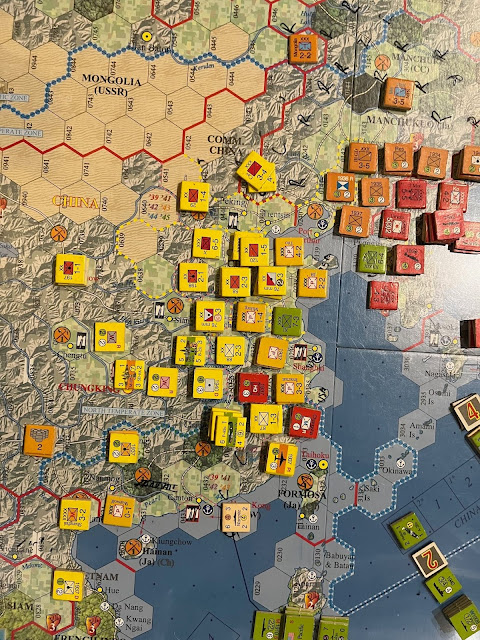 The war in China is over - the battle for Japan is on. 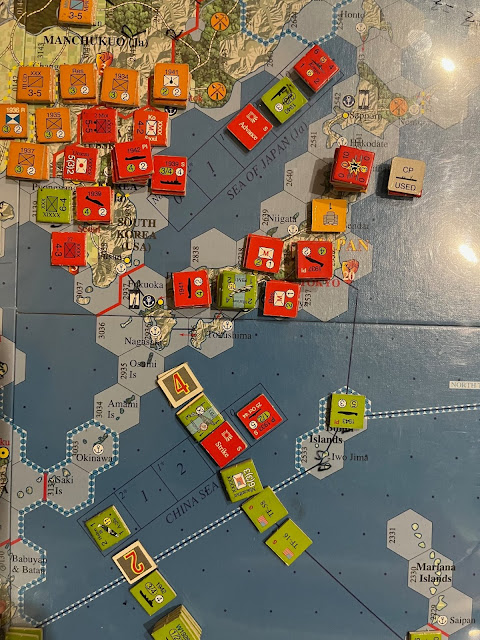 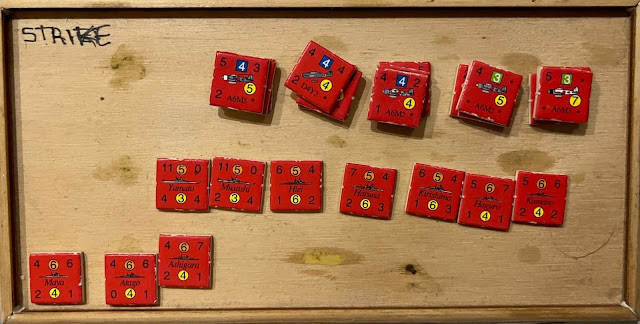 Strike fleet sails to reap vengeance on the invaders 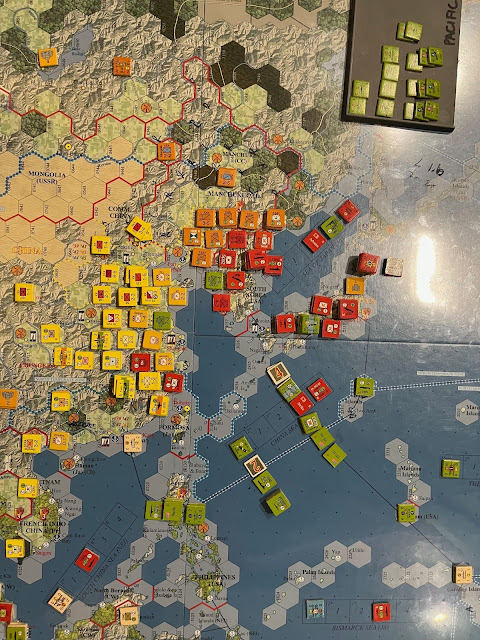 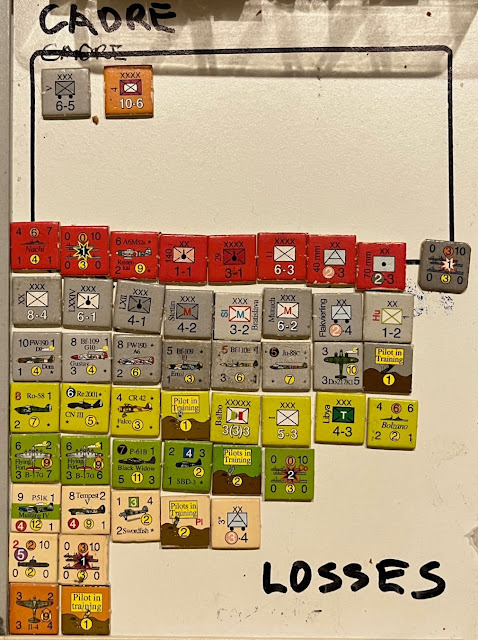 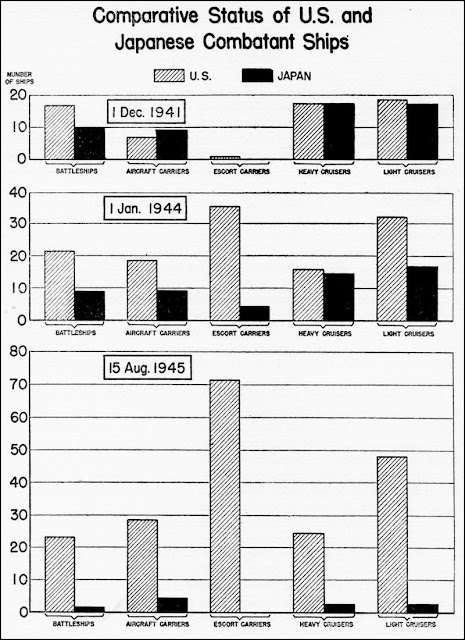 Actual comparative US v Japanese ship building - reflected in this game
Posted by Sun of York at 11:05 AM