An historical match up, Stephen (his first ancients game in a long while) taking my Byzantines to try his luck against my Arabs. He was lucky for a while... 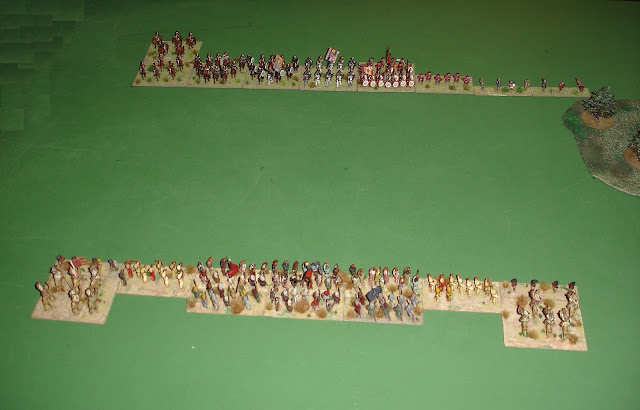 Not surprisingly the Arab were out scouted. 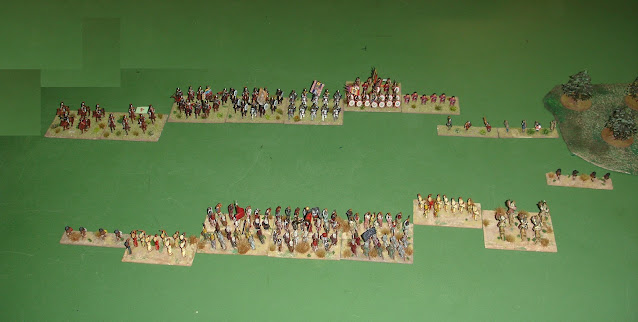 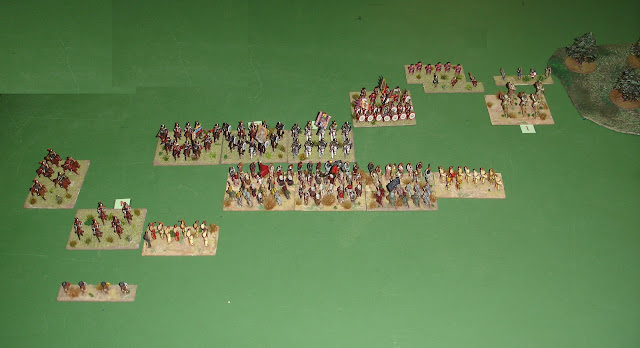 With both wings engaged (or rather imperilled)
the many bodies get up close. 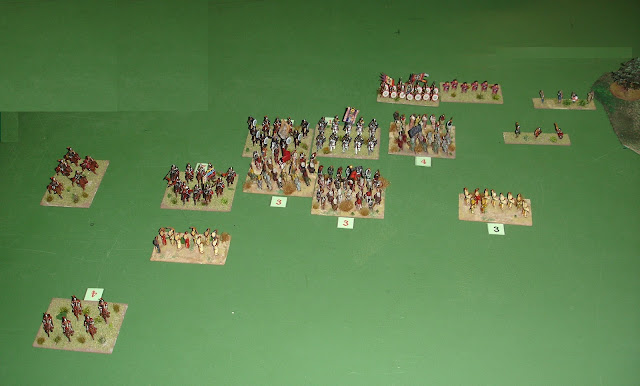 The Arab wings might be clipped,
but their main body cuts through the Byzantine host 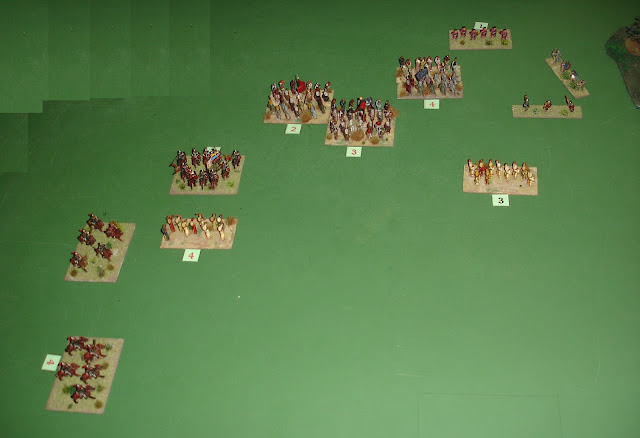 And just keeps going on to victory.