Almost a thousand years between these two armies.  Can chariots and elephants best fanatics and camels? 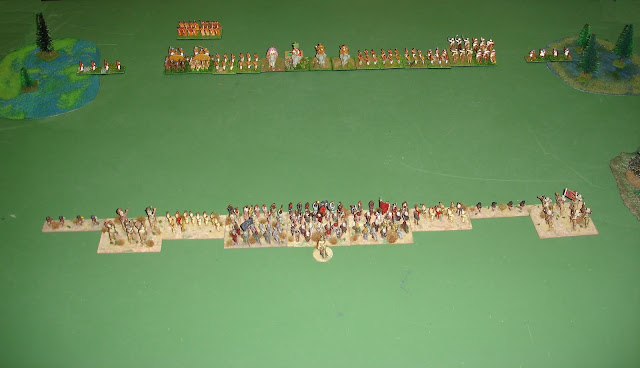 Dave's Indians, curtesy of chariots and elephants being classed as "mounted",
have out scouted my army. 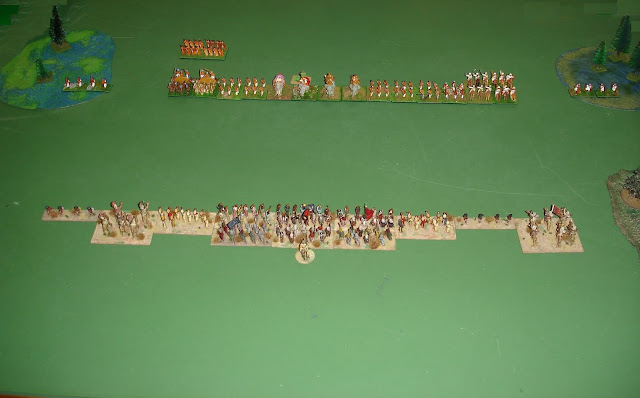 The Arabs win the initiative and elect to do nothing until they have finished their prayers.
The Indians advance. 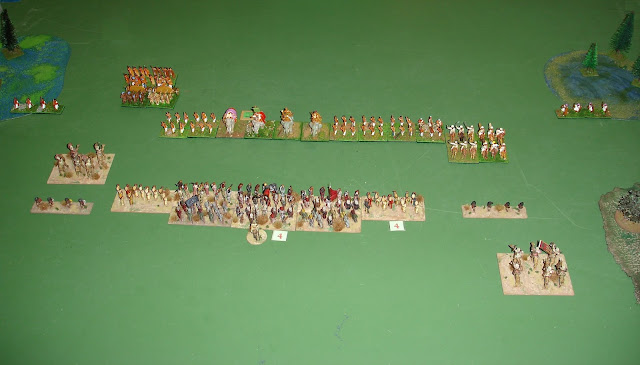 The Arabs focus their attention on the wings, but fail to score any hits.
The Indians get some shots in on the Arab infantry,
causing disorder and breaking up their formation (so no group charge). 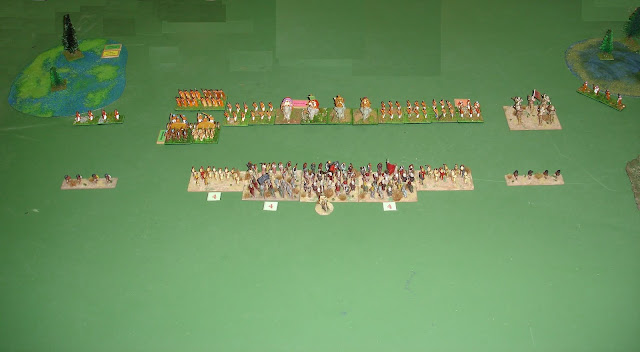 Success on the right,
off set by calamity on the left.
The Indians hold back, relying on their missile fire to damage the Arab foot. 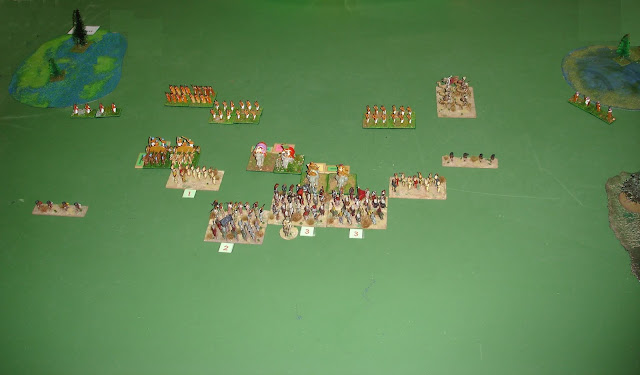 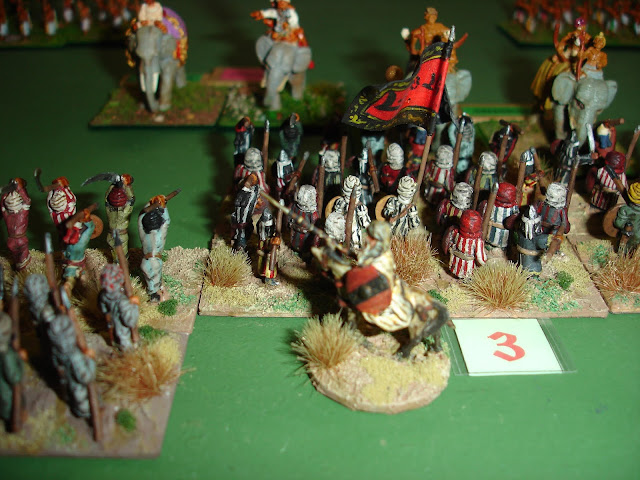 The Arab commander finds ways to motivate his army. 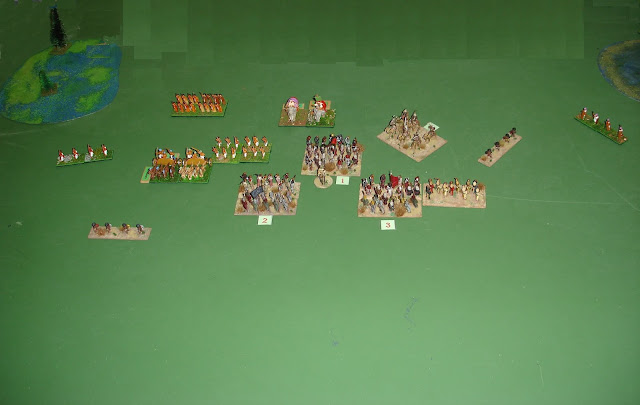 It works!
The Indians lose half their elephants while their chariots have been held up.
Arab nomads have also come round the Indian left flank.

With their centres locked in combat,
both armies reorder their respective right wings.

Everything is in position... 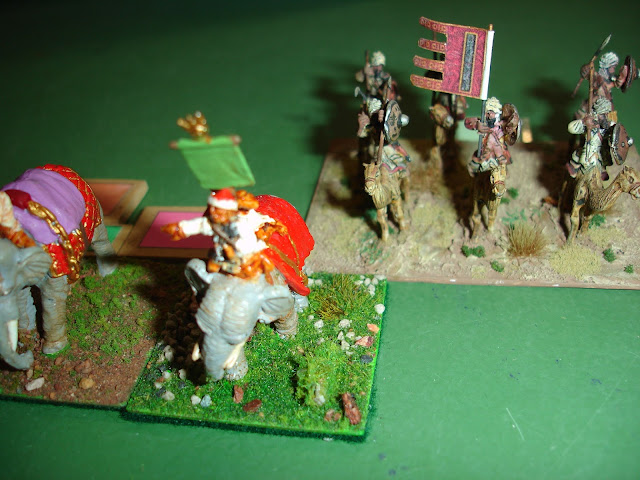 The last of the Indian elephants and their CinC are charged in the rear! 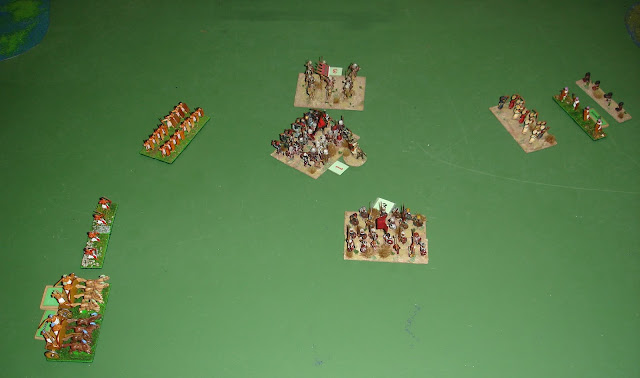