Having just finished the pikes for my Burgundians, I was keen to get them on the table and Dave agreed to valiantly face them with his Classical Indians.  Bit of a time gap, but it was a friendly game. 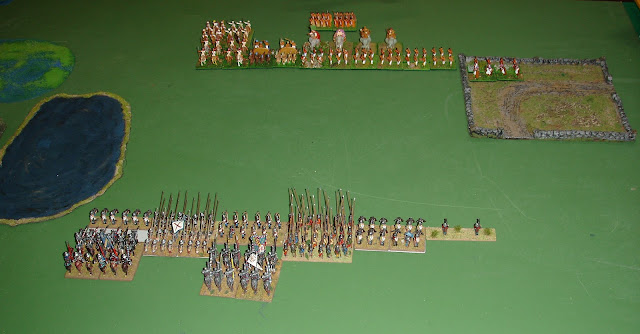 The table was terrain heavy for a change. with an impassable left and difficult right.
The out scouted Burgundians fitted in just nicely. 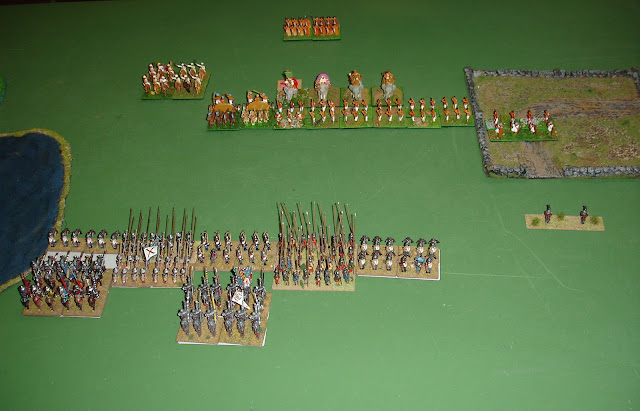 Both sides advance.
Dave discovers he had one unit too many - scratch the Indian light cavalry. 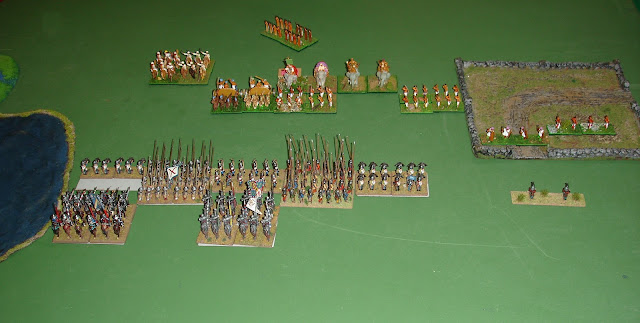 Let the shooting commence!
Burgundian Ordonnance crossbows take out some Indian longbows.
(The crossbows on the grey base on the left are awaiting some more figures) 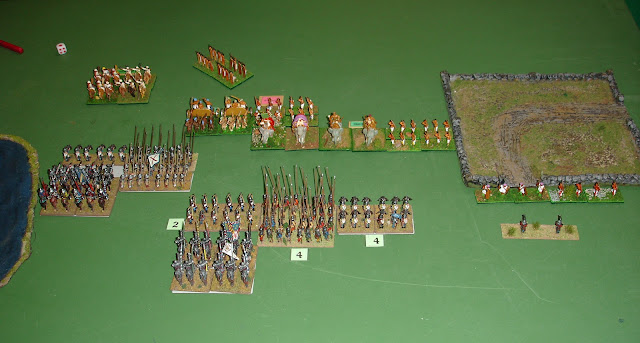 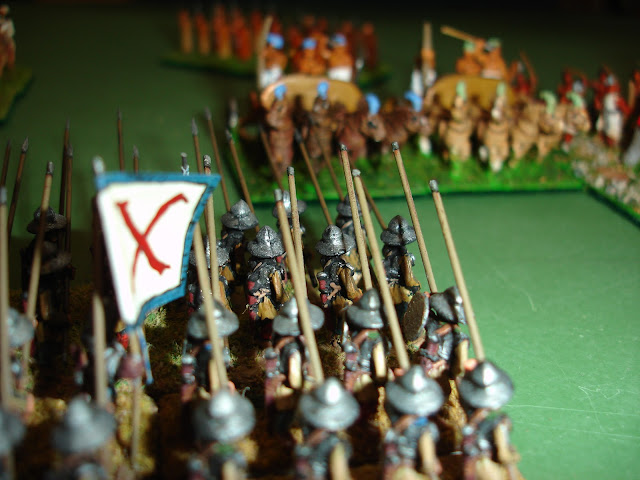 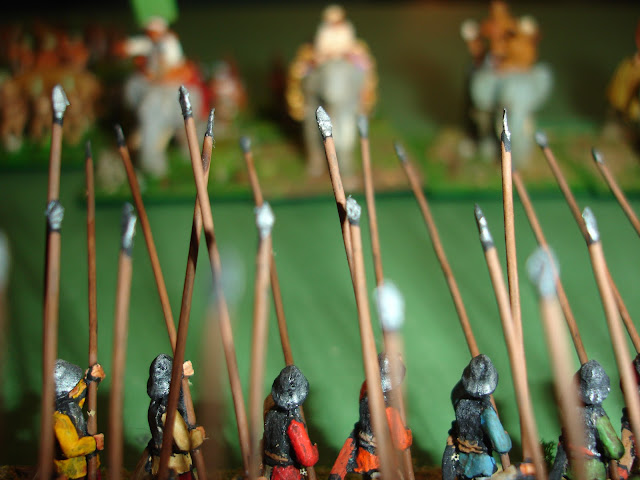 Pikes facing elephants.
It doesn't get much better for pikemen and they didn't disappoint.

Indians are repulsed,
although they are doing a little better on the flanks. 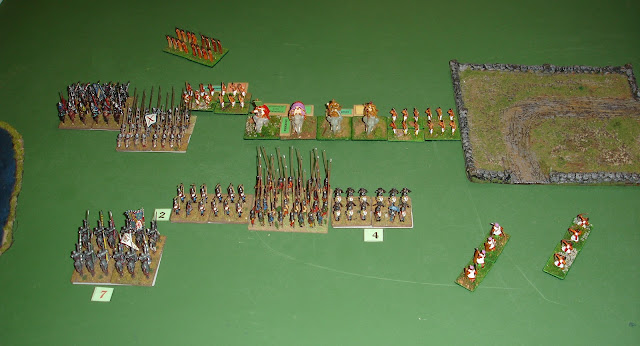 Burgundian left surges ahead,
while the main body recovers its order,
ready for the final push. 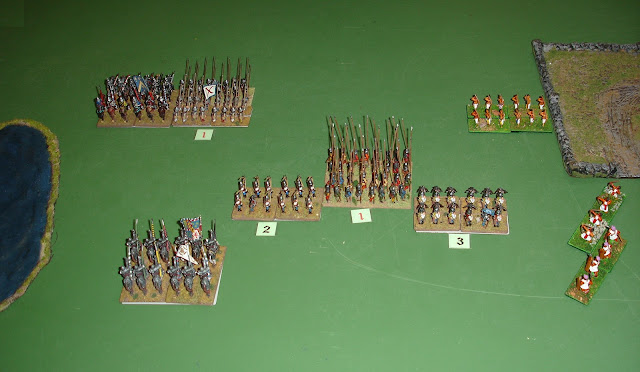 Victory
I must resist the urge to rebase my Burgundians.