Richard and I finished our game.

Things started to look pretty grim for the Russians as the Germans launched an offensive towards Riga.

However, in a bold move the Russians were able to cut off the German armies.

While the Germans fought to reestablish supply, the Serbs and Italians launched a series of offensives that broke the Austro-Hungarian positions, threatening to surround their armies and capture Budapest and Vienna.

The Central Powers were able to get Bulgaria to enter the war and this caused the Serbs to about face.  The Greeks also came to the aid of the Allied Powers.

While the Central Powers were busy stabilising the Russian, Italian and Balkan Fronts the French and British started a rolling wave of offensives on the Western Front.  By this time the Germans were exhausted and losses quickly mounted, even as they hurriedly strategically brought troops back from the Russian Front.  Western Germany was overrun and British troops entered Berlin where they were warmly welcomed by their cousins, in-laws, and business partners, although a fight broke out about what they had been fighting about and whatever it had been, each side knew the other side had started it! 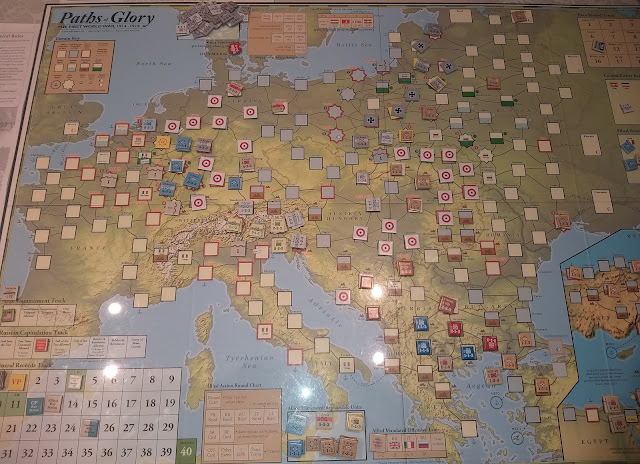