A full day's session and not much happened, which given it was summer 1942 was probably a good thing for the Allies and particularly the Soviets. 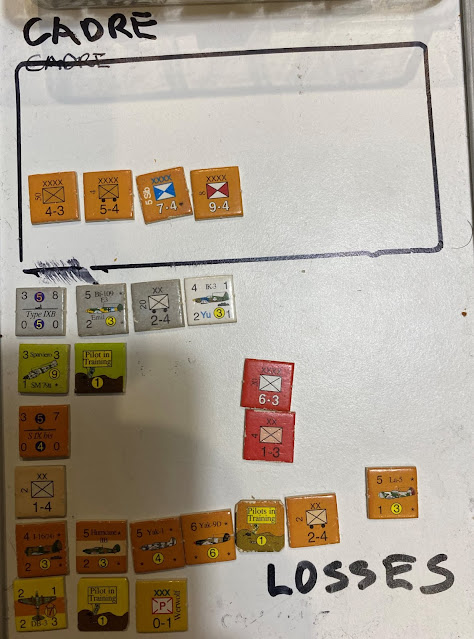 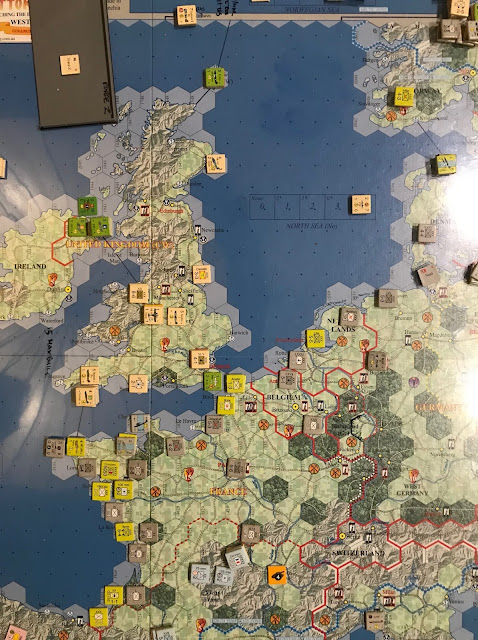 The Atlantic wall is garrisoned - DDay 43 is going to be very tough to get ashore and stay ashore - note GERM MECH and ARM in reserve. 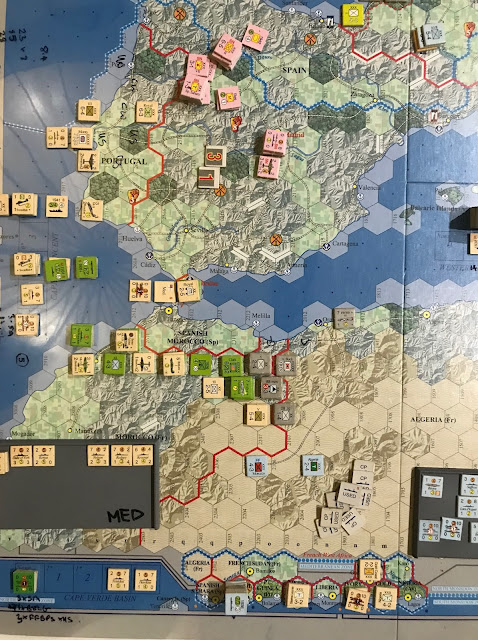 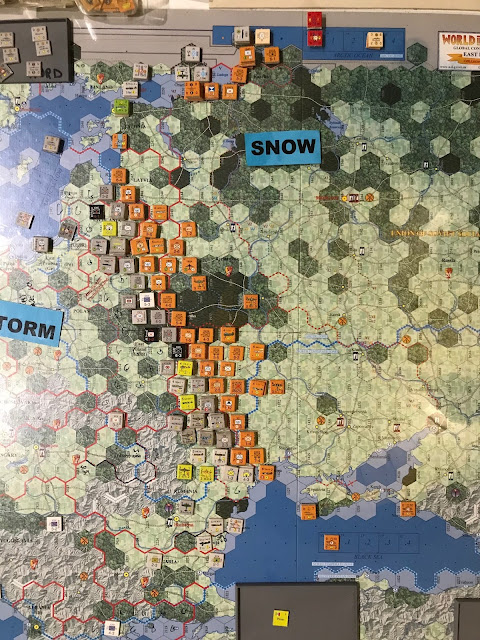 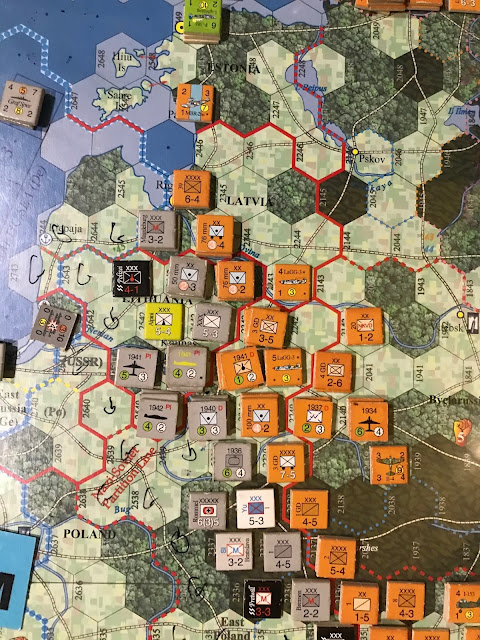 Army Group North - Stalled in bad weather but the 1st Russian winter offensive was shrugged off after a very poor 5 from the Russian +12 attack. 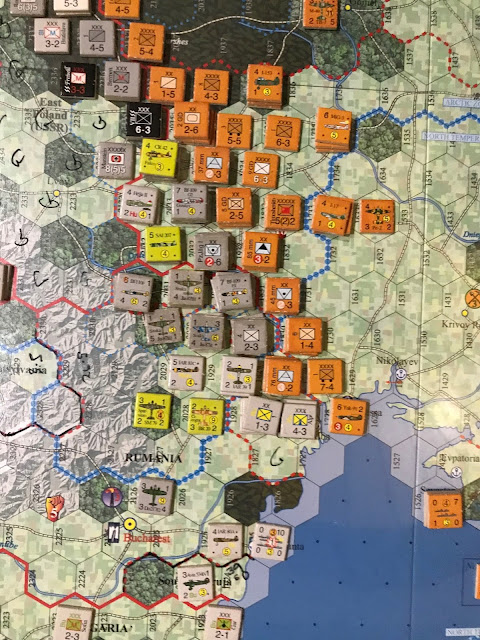 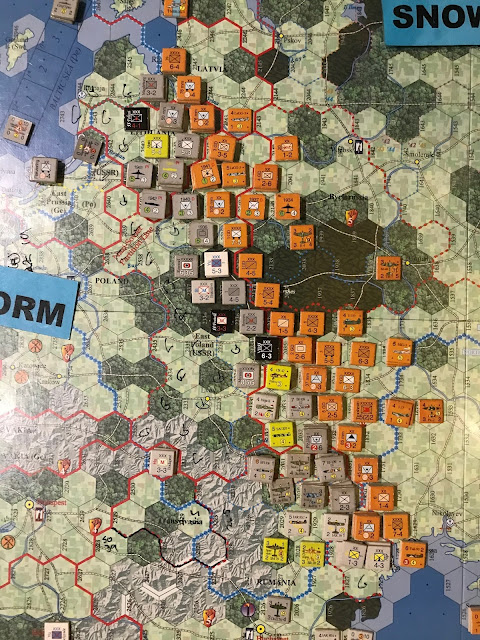 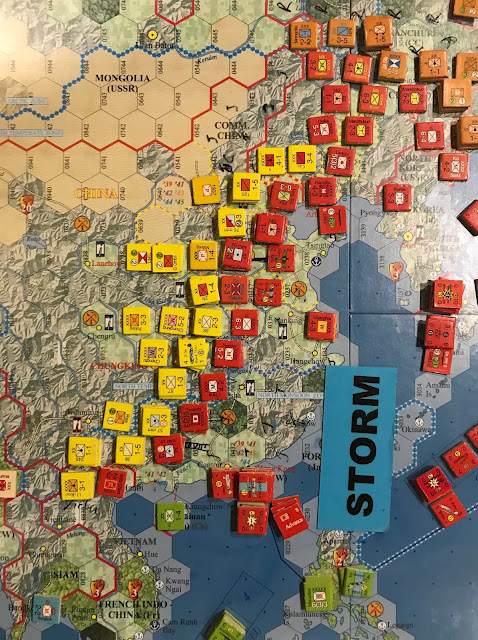 China - no change - bad weather will do that. 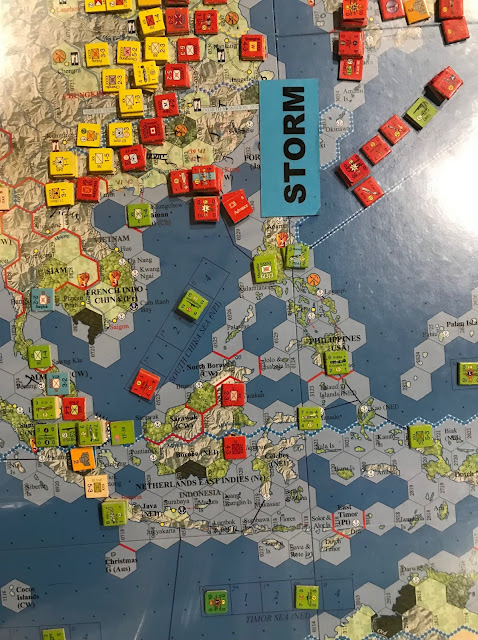 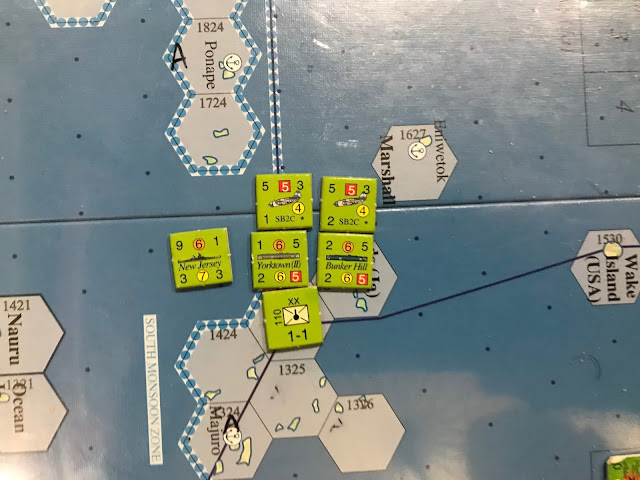 New Arrivals - the first of the Essex class arrive escorted by the New Jersey - bad news for the Japanese. 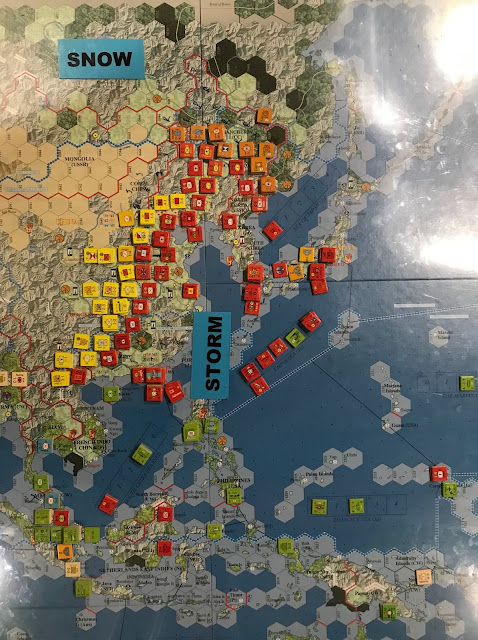 The Far East and the Japanese are limiting their losses by taking small risks. 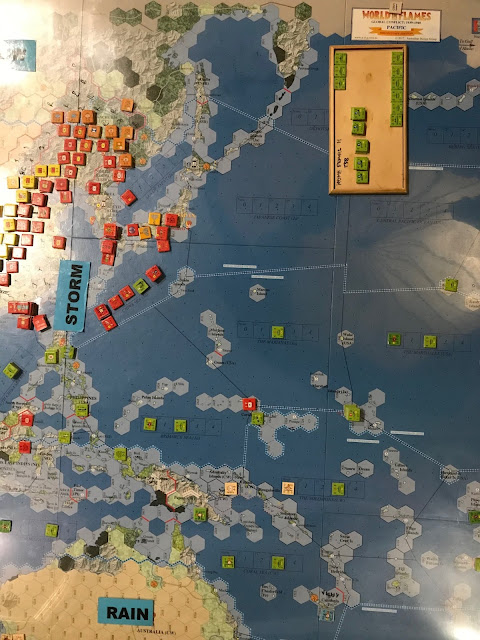 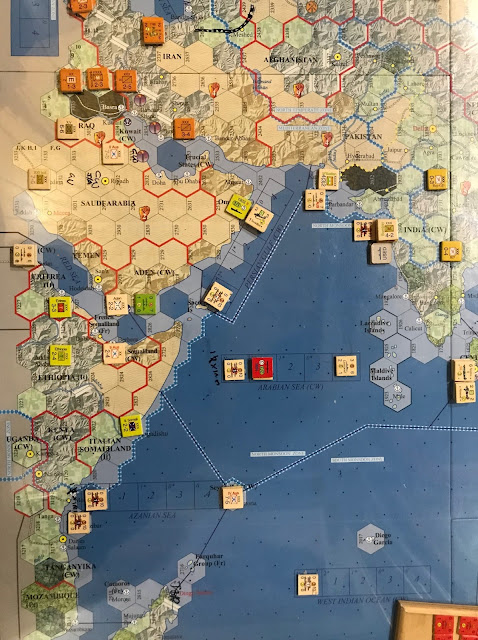 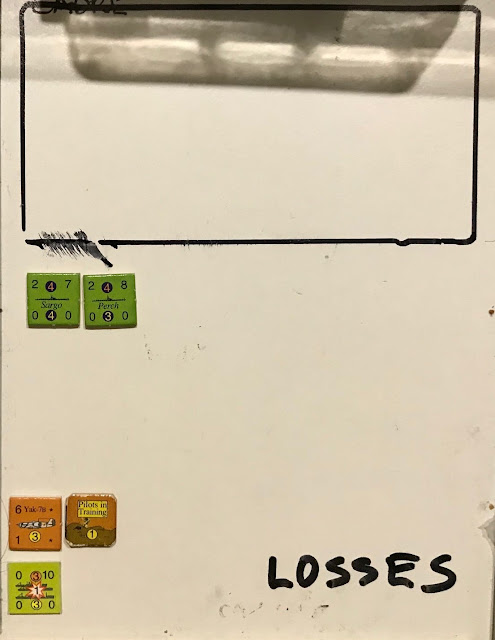