From Salerno to Rome - Part Seven

We only had time for one impulse (the second one in December 1943), but it was a clear weather impulse and the Allies had to make the most of it. 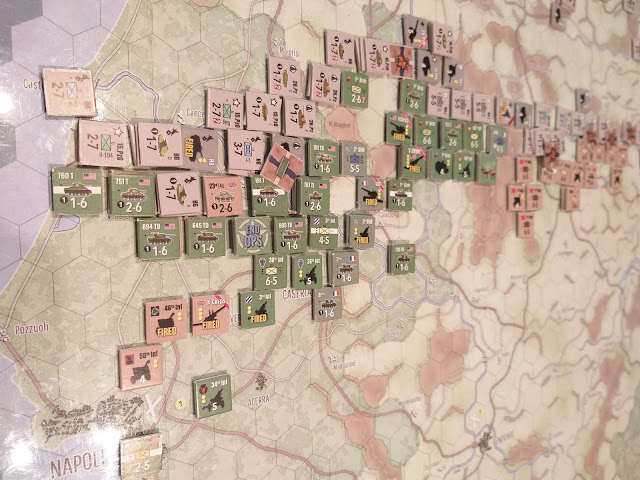 West coast and the V Army surges forward in an attempt to destroy all Axis forces before them. 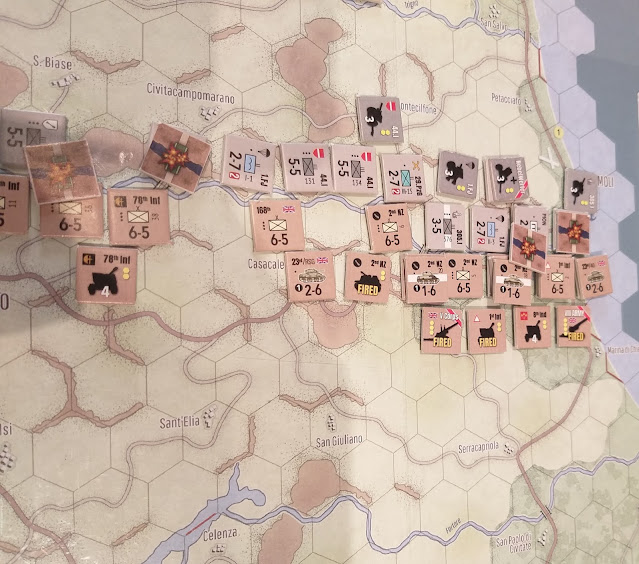 East coast and the VIII Army renews its attacks. 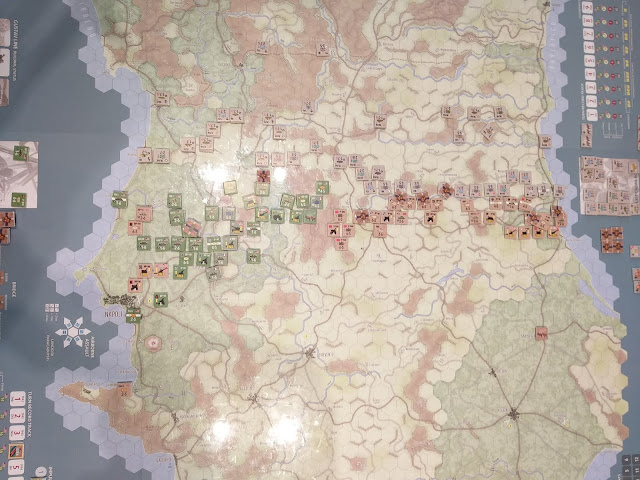 While they were probably planning on pulling back anyway,
the success of the Allied attacks have hurried the Germans along.
Do the Allies have enough remaining activation points to follow up on their success?
Sadly no.