From Salerno to Rome - Part Six

I did not expect this game to take as long to play as it does doing.  While occasionally things need to be checked in the rules, the main time consumer is deciding what to do.  There is so much to do and often very little you can actually do. As Turn 3, November 1943, wound down, I had 40 units I would like to move, but only one or two I had the ability to move.  Making the decision was a tricky process. 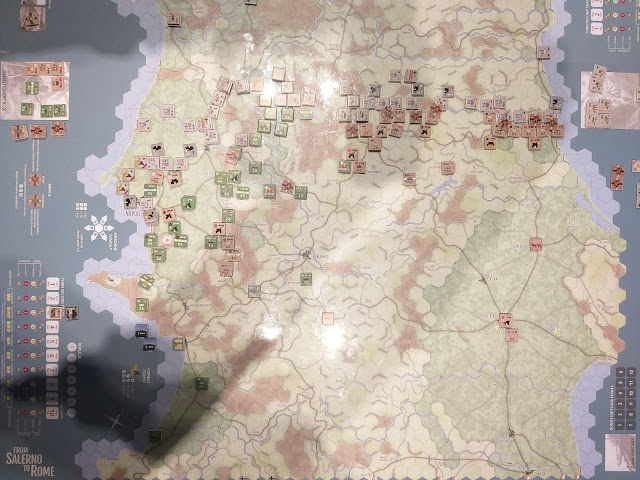 The situation at the end of November 1943 after four or more impulses of bad weather. 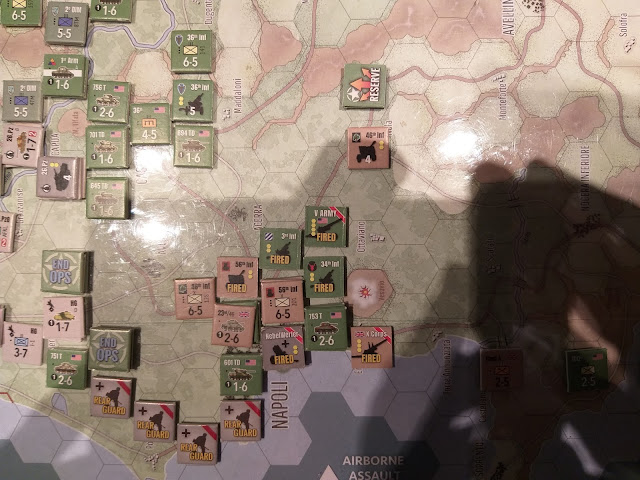 The storm clouds lift (cleverly depicted by the photographer's shadow)
and preceded by a massive bombardment
the attack on Naples goes in. 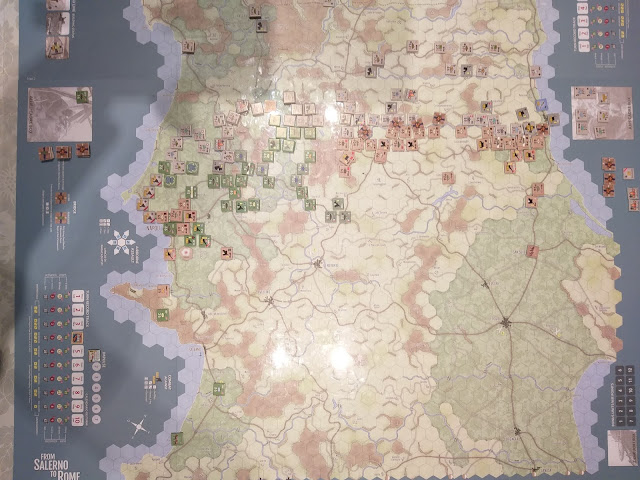 End of the Allied first impulse for December 1943.
While Naples has been captured, which opens up further opportunities for invasions,
a major attack by the 8th Indian, 2nd NZ, newly arrived 1st Division on the east coast,
failed to break the river line.  It was close. 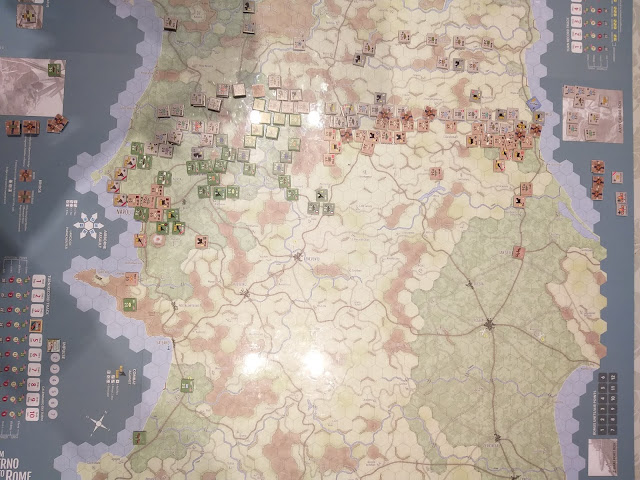 German counterattacks north of Naples fail to achieve much.