After surviving a taste of Russian winter, the Axis launched a massive offensive to break the Soviet defences ahead of summer campaigning season. 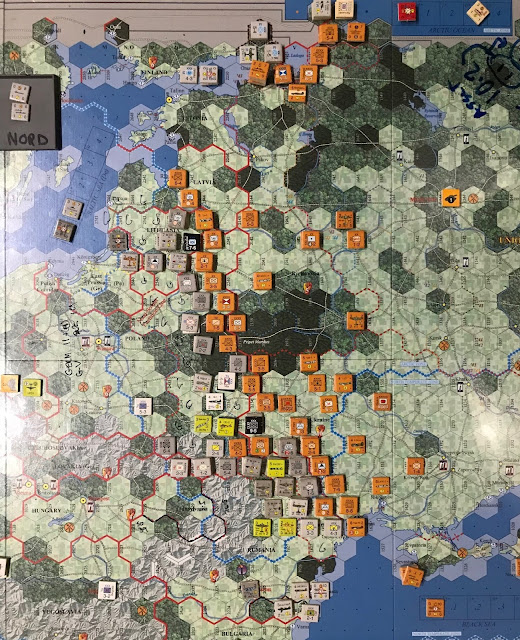 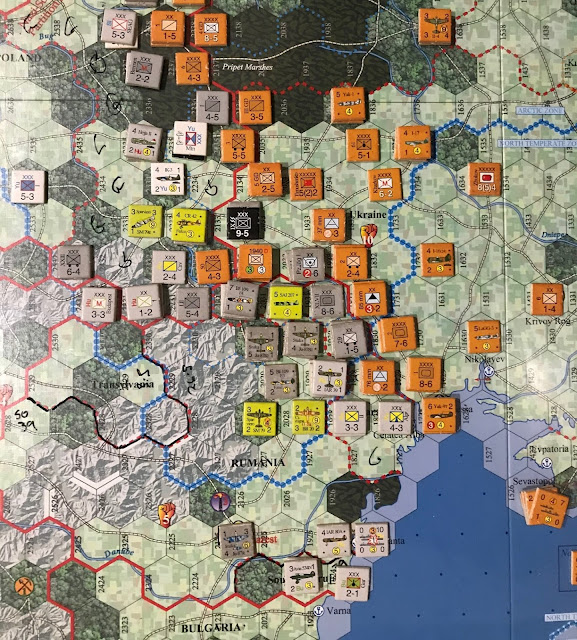 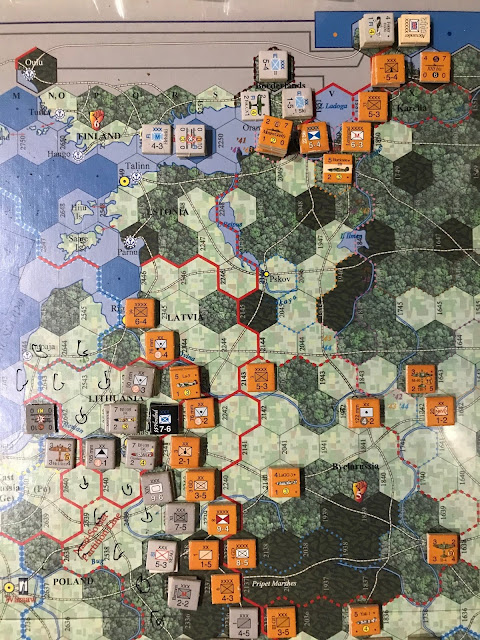 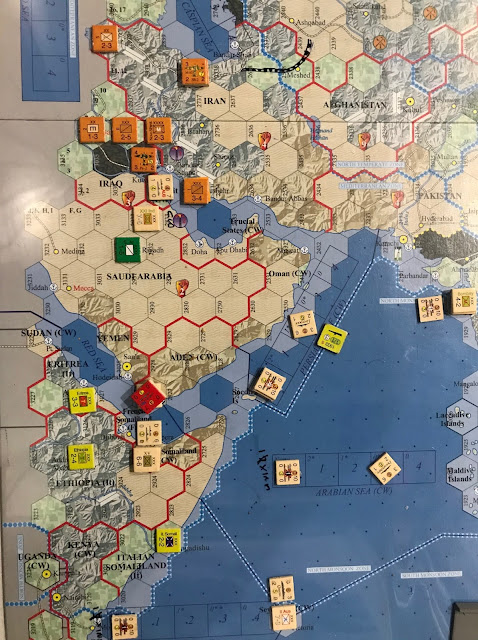 Saudi Arabian Oil falls into the hands of the CW (BP) 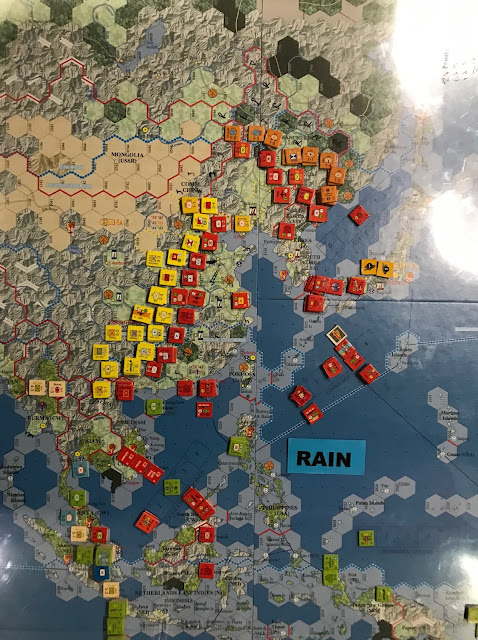 The Far East - the Japanese seize control of the South China Seas from the Allies. 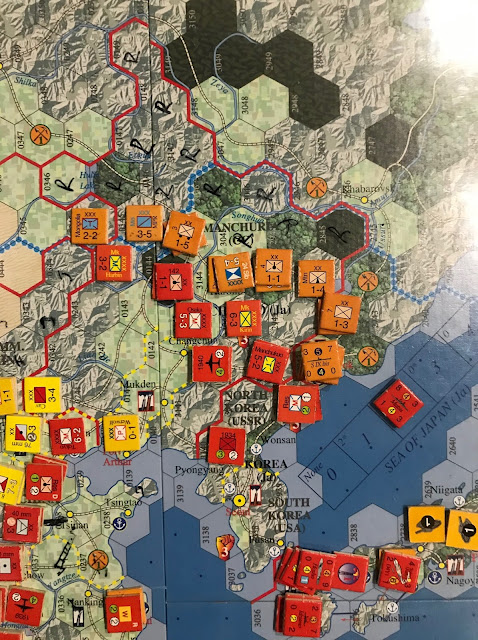 Manchuria - the Japanese start their withdrawal. 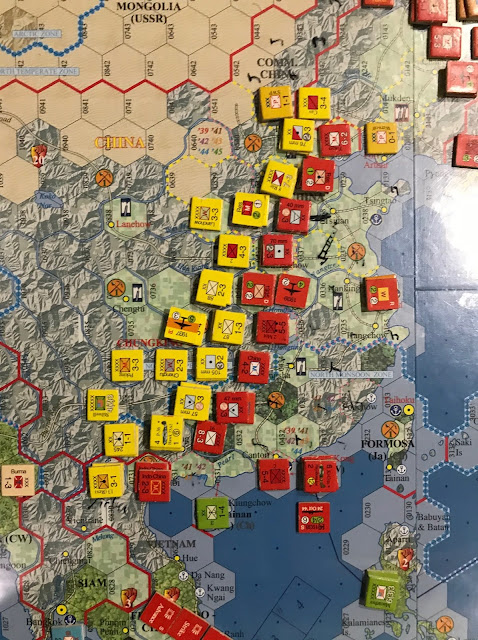 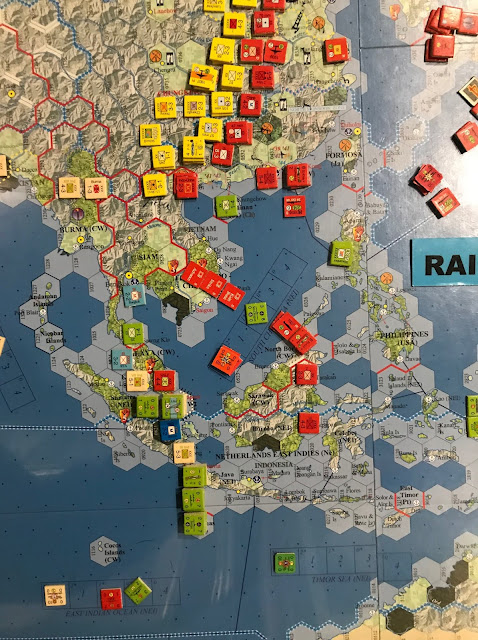 Allies consolidate in Singapore and Batavia - MacArthur - watches on. 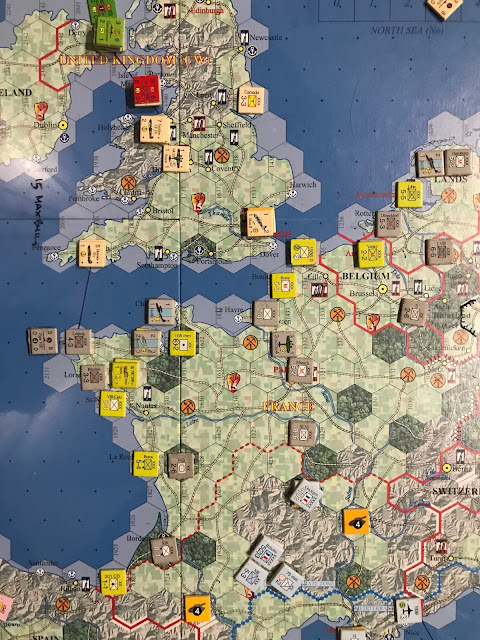 The West Coast of France - Axis Mech and Arm head inland away from GS allied air. 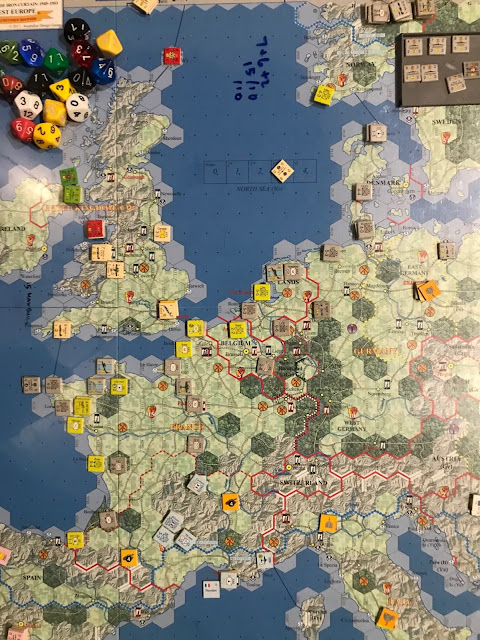 The Western Front - all quiet. 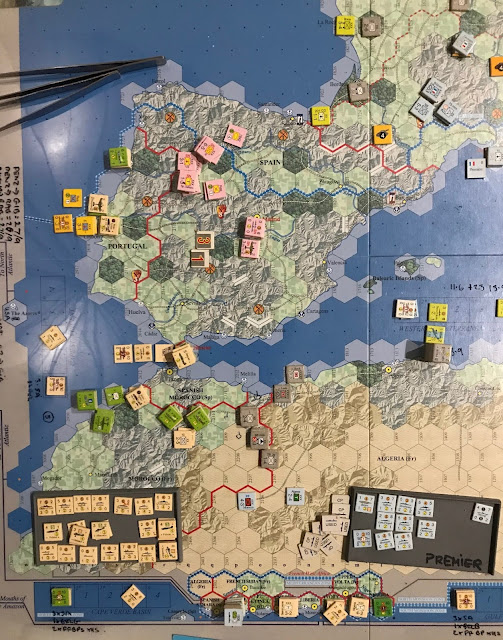 Portugal is invaded, but not conquered 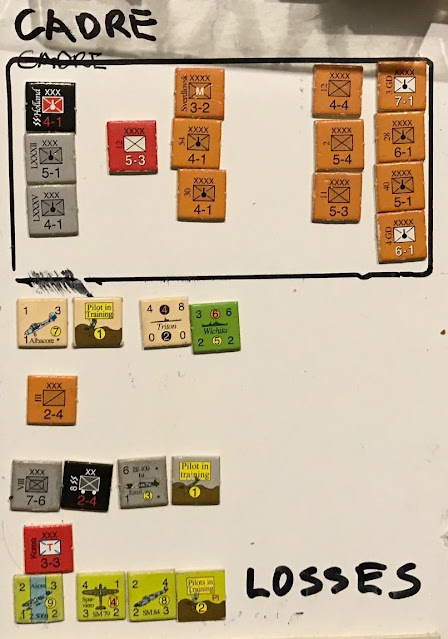 Losses - axis losses mounting - the Russian losses from Op Barbarossa are sustainable.
Posted by Sun of York at 5:14 PM