To Freidland by Snappy Nappy

First up big thanks to Darren for organising this game at the NWS last Saturday.  Brilliant bit of Napoleonic wargaming!  There were four players on the French side, three on the Russian and Darren umpired.  I was Napoleon :-) 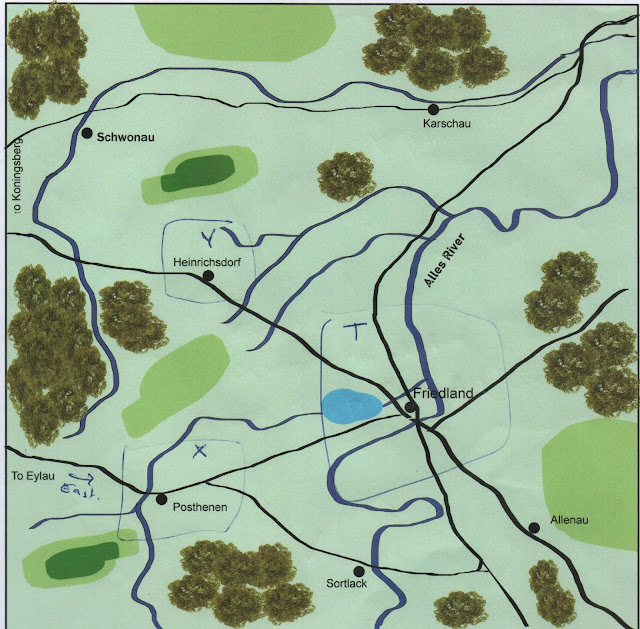 This is the map we were provided.
The Tables were not marked and I have subsequently,
while on campaign, sketched them in. 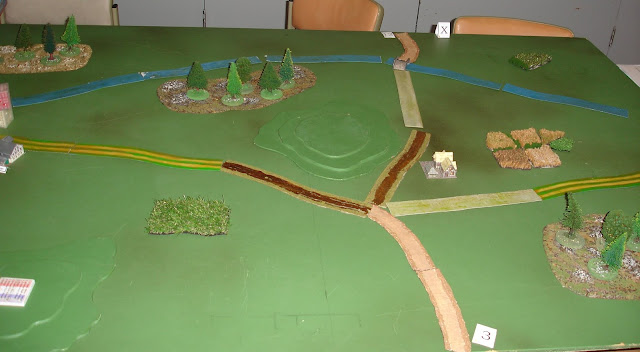 Looking North on Table X
Ney and Mortier with the VI and VII Corps respectively
will be marching through the village of Posthenen on their way to Freidland. 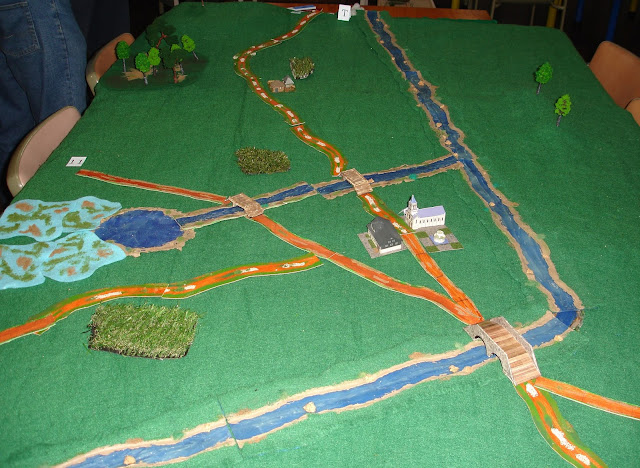 Table T
Could this be Freidland? 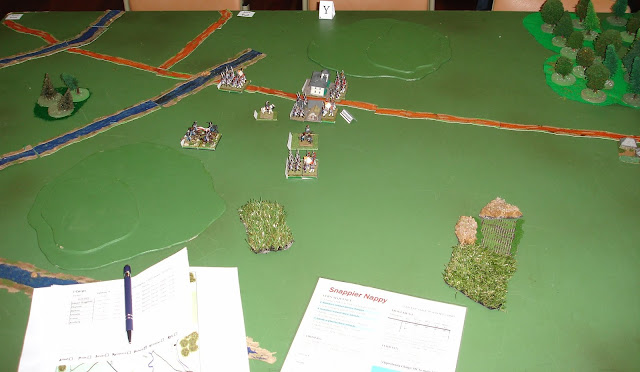 Table Y
Victor and the I Corps are already defending Heinrichsdorf.
Expecting a major Russian attack this way,
Napoleon with the Reserve Corps and Imperial Guard are marching to join him.
Grouchy has detached a light cavalry division to probe to the north east, towards Schwonau.
This latter move is to protect against any surprise move by the Russians against the French supply depot at Koningsberg.  With the benefit of hindsight I can say that this move might have won the game for the French.  Read on. 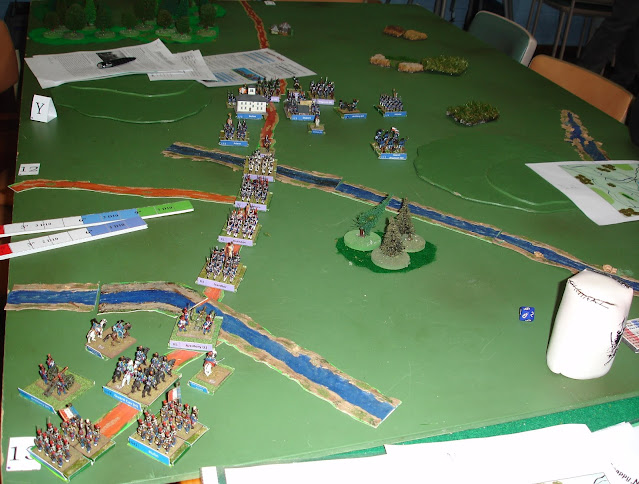 Napoleon arrives at Heinrichsdorf, but there are no Russians to be seen.
On to Freidland! 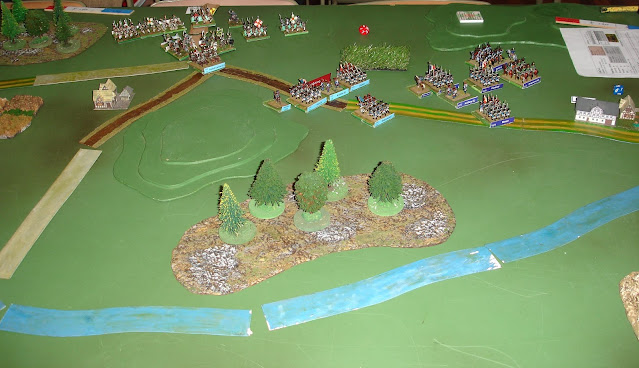 Ney and Mortier are about to engage Bagration. 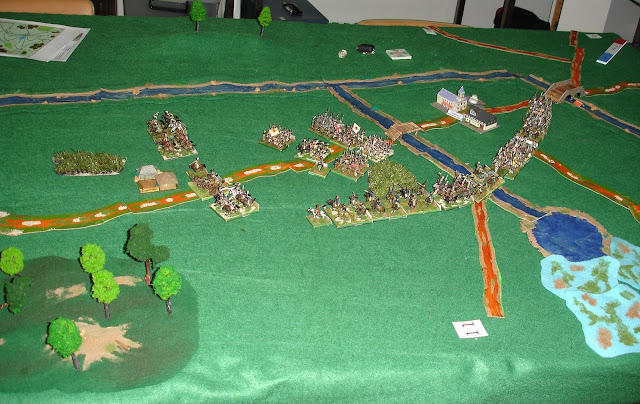 Freidland
Where in a unexpected development, Grouchy's scouting cavalry have appeared
(unfortunately not in the image, but at the road end on the left hand side).
Note the Russians marching in that direction... 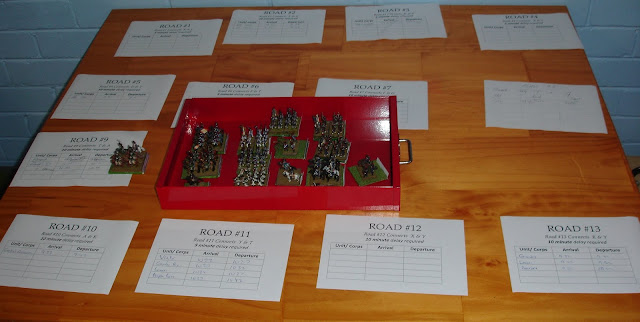 The off table connecting road boxes.
All those troops in the red tray?
That's Napoleon and his army heading to Friedland.
That one unit by itself?
That's the scouting French cavalry beating a hasty retreat from Freidland! 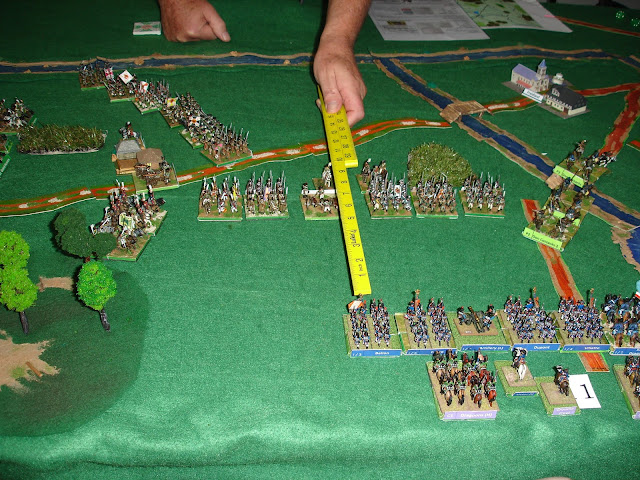 Victor has arrived at Freidland and caught the Russians redeploying.
It seems they are expecting an attack from where the scouting cavalry had appeared.
Wrong! 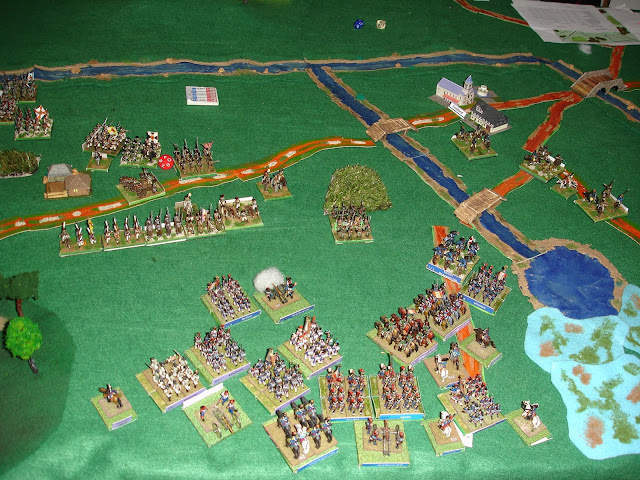 Napoleon with Lannes and Grouchy and the Guard arrive to really put the pressure on the attack against the poor Russians now trying to head back to Freidland. 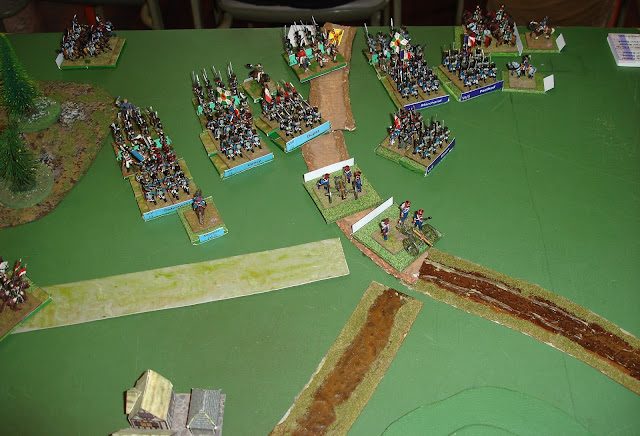 Ney has defeated Bagration and will be soon heading to Freidland as well. 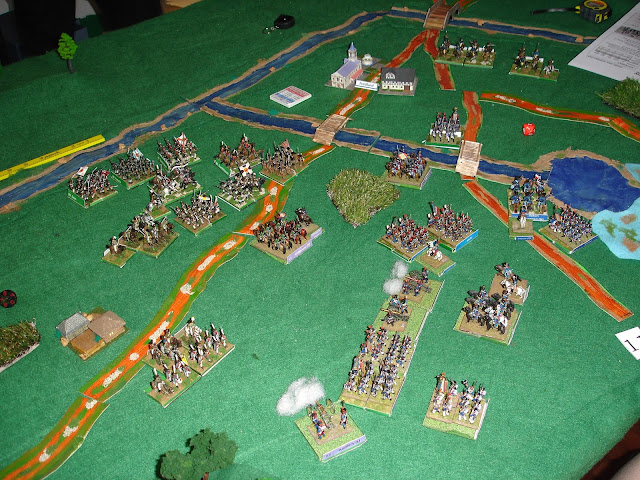 The French attack at Freidland has been very successful
and Ney is just about to arrive (top right hand corner). 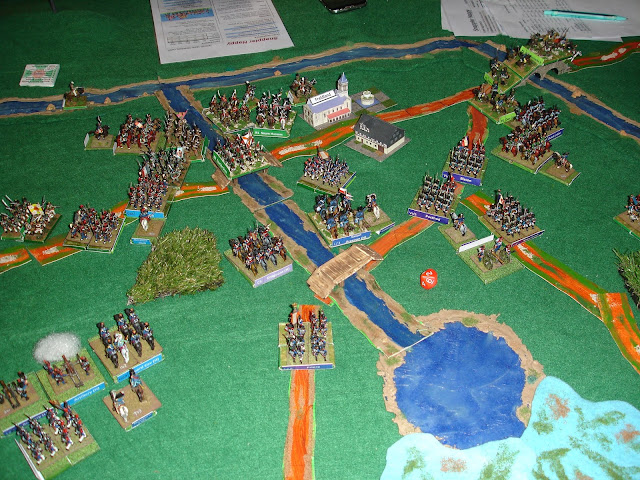 The Russians are driven into the Alles River
as Ney sweeps into their rear,
Victor approaches the Friedland CBD
and Napoleon and Grouchy mop up.
The major French loss had been Lannes in a series of unfortunate die rolls.

Thanks again to Darren for organising and running this game.  The Russian figures were all his while 99% of the French were mine.  The terrain was mainly Darren's with the rest provided by the club.

The Snappy Nappy rules offer an interesting approach to Napoleonic wargaming.  In our game each unit represented a division and at that scale I would like to see more emphasis on command (by accruing benefits for being on attack or defend orders for example) and less on tactical considerations (such as forming line/square).  Having ideas for "improvements" is one thing, getting them written down and articulated is another.  Time will tell.