Skirmish at the Old Ruins

Was going to call this "Skirmish at the Haunted House", but Mark B and I were playing Songs of Drums and Shakos, not Songs of Blades and Heroes, so I had to keep it real. 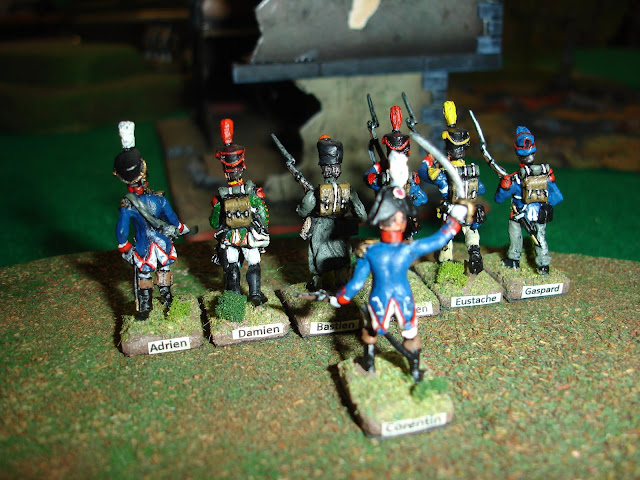 Some brave French lads advance to check out the ruined house. 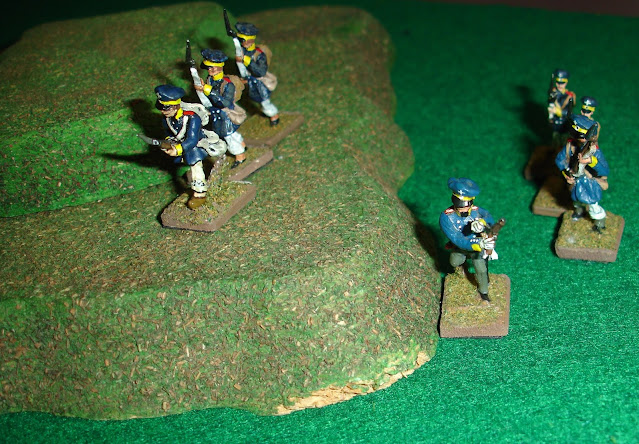 Some Prussian infantry have the same idea. 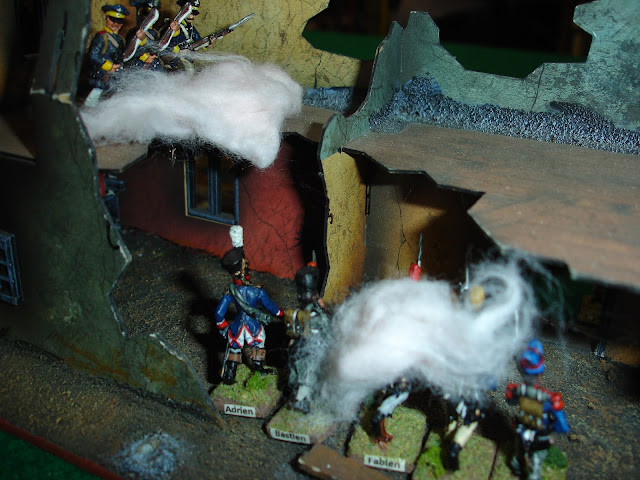 Some furious aimed volleys ensue between the opposing sides. 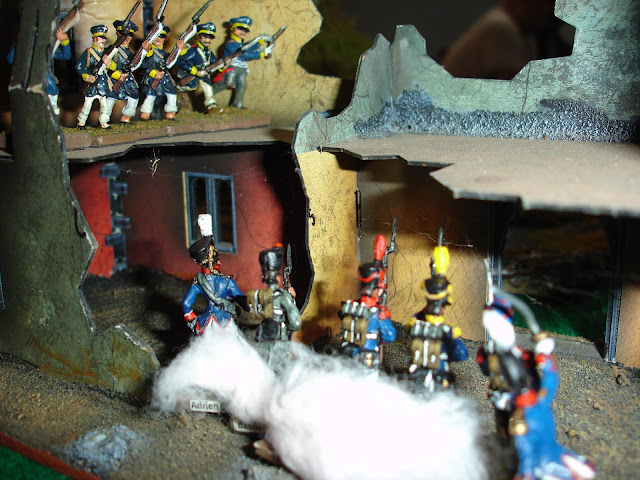 After a poor start, the Prussians have been able to assemble
and have started giving the French a hard time. 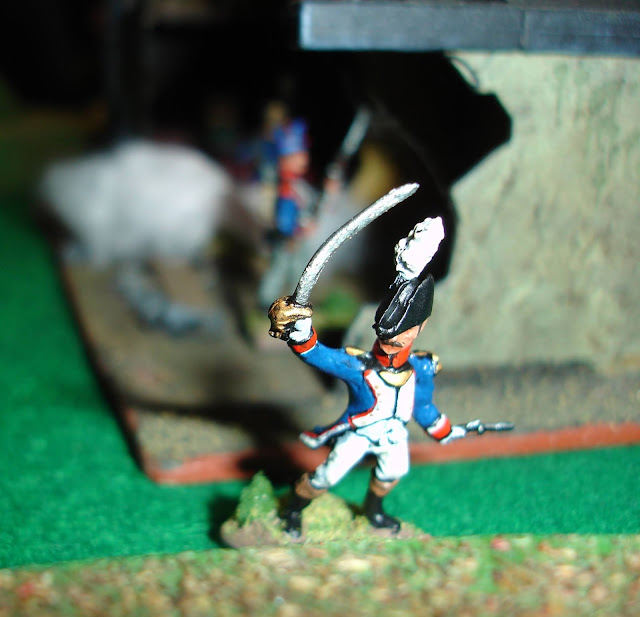 It had been a while since we had last played and I kept things as simple as possible.  The Officers were Q3 C2 and all the infantry Q4 C2.  Not sure we doing the reloading (the white cotton wool denoted that the figures had fired) and firing in the one turn correctly, but at least we were consistent.

Great system using the choice of up to three dice to provide actions.

Email ThisBlogThis!Share to TwitterShare to FacebookShare to Pinterest
Labels: Napoleonic, Song of Drums and Shakos