The Soviets continue the offensive. 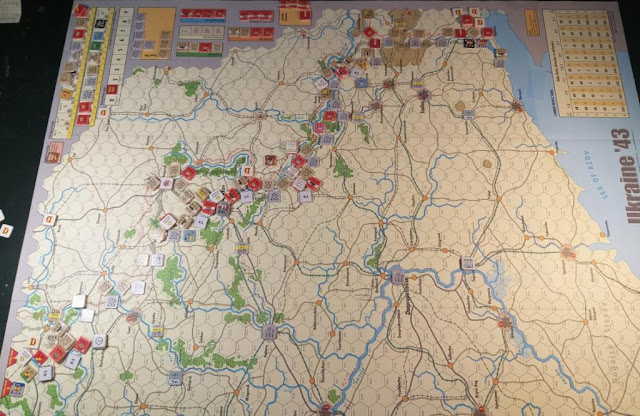 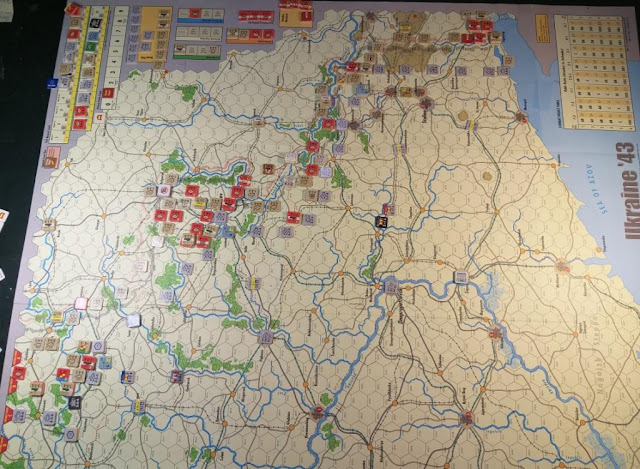 The line holds, although a bulge appears to the south east of Kharkov (centre of image).
Two Panzer Corps can be seen heading to this sector. 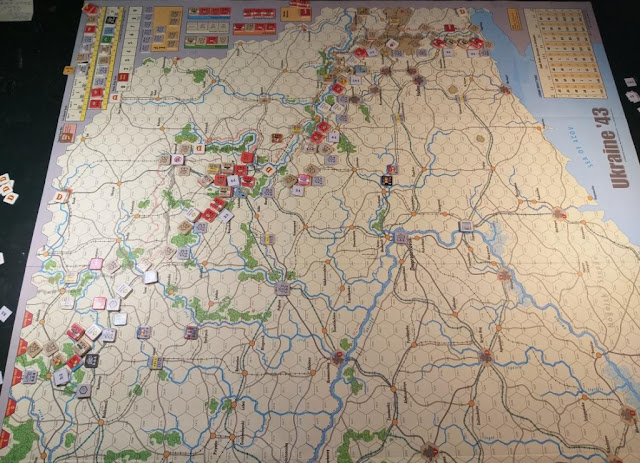 Another set of attacks.
With one exception most were disappointing for the Soviets.
However Kharkov has fallen so the risk of an automatic Axis victory has been averted
(it is worth 3 VPs and if there is a difference of six or more based on historical achievements,
it's game over for whichever side is behind). 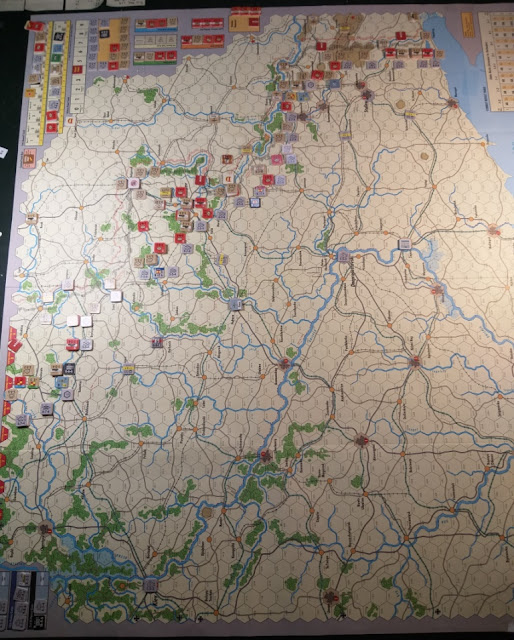 The Panzer corps have made some restorative work to the east and west of Kharkov.
There was a potential breakthrough that could have seen 48th Pz Corps head to Kursk.
That would have been interesting.
If I had been playing on Vassal I might have seen how it played out,
using the saved game to continue on otherwise.

In the east, in a series of 2 to 1 attacks, the Soviets repeatedly threw 1s, taking losses but no gains.  Have they crippled their offensive ability in this sector?
It is where the bulk of the immediate VPs are to be found...
Posted by Sun of York at 9:03 AM