We are still in November/December 1941.  The weather is bad, but the turn is never ending. 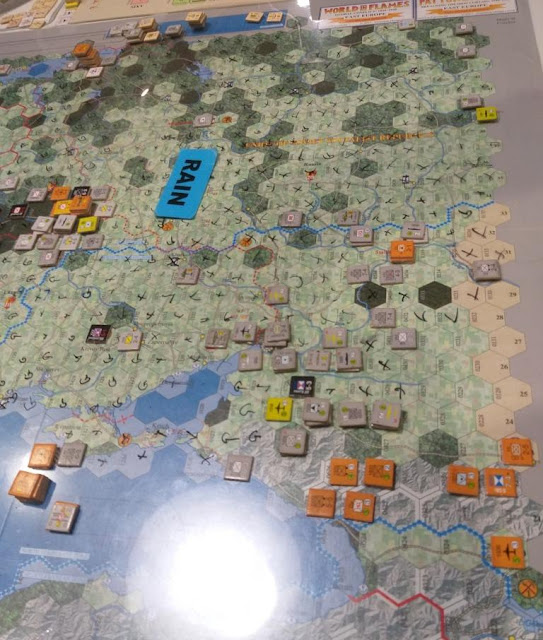 In somewhat of a victory,
the Soviets inflicted a defeat on the Axis forces
as they attempted to follow them into the mounts
(the German player threw a double 2). 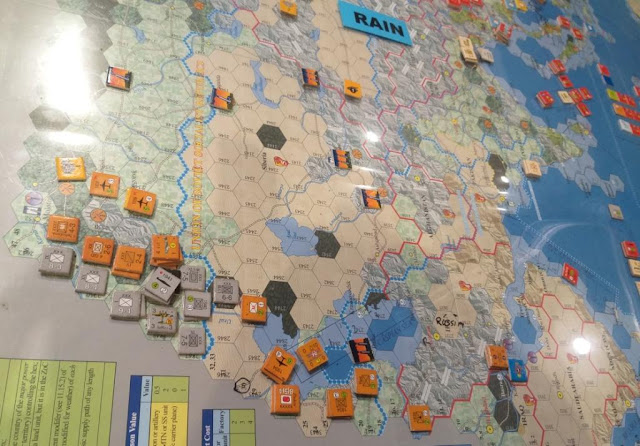 In the Urals, the Axis has broken the Soviet line,
and given an abundance of HQs and immediately repaired railroads,
are in a good position to launch further attacks. 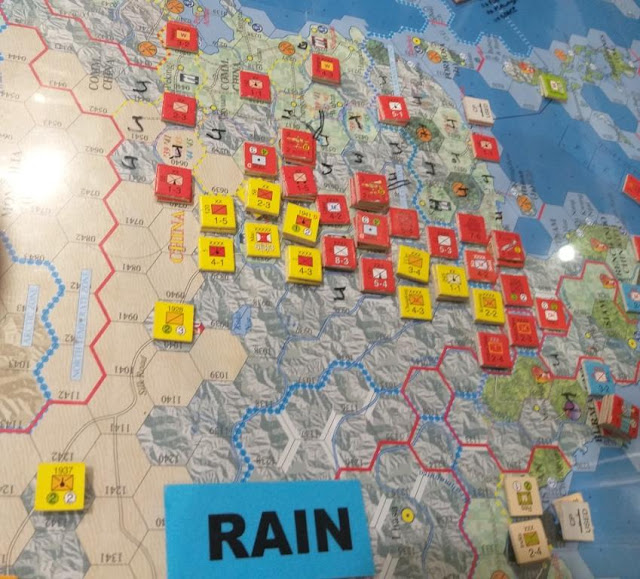 Only bright spot is China and that's because nothing is happening.

Elsewhere, Burma has been captured but Morocco has been cleared of Axis forces (they wisely retreated in the face of the Allied build up).