Richard and I continued this exciting game. 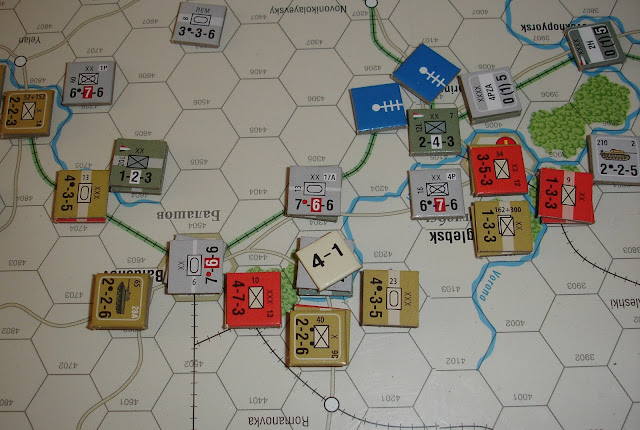 This area seems to offer the Soviets the best opportunity for counterattacks.
It is near the map edge so reinforcements can be used immediately.
The terrain is favourable and the Axis are stretched. 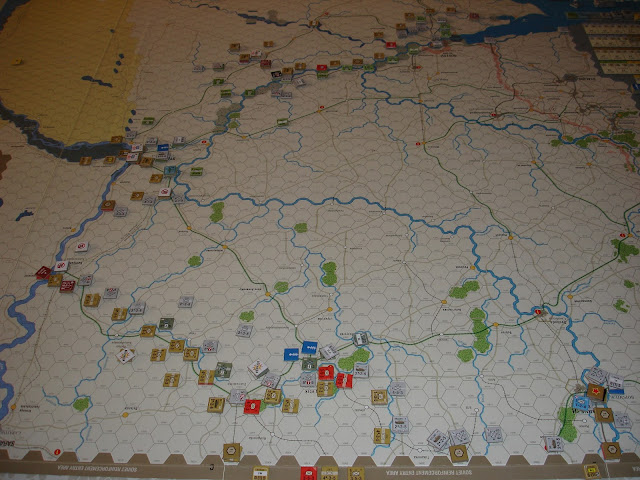 The situation in the north at the end of Turn 20. 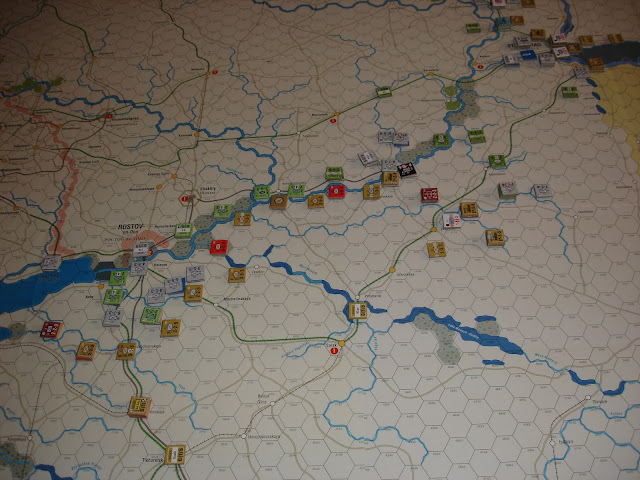 In the south the offensive against the northern bridgehead has been called off. 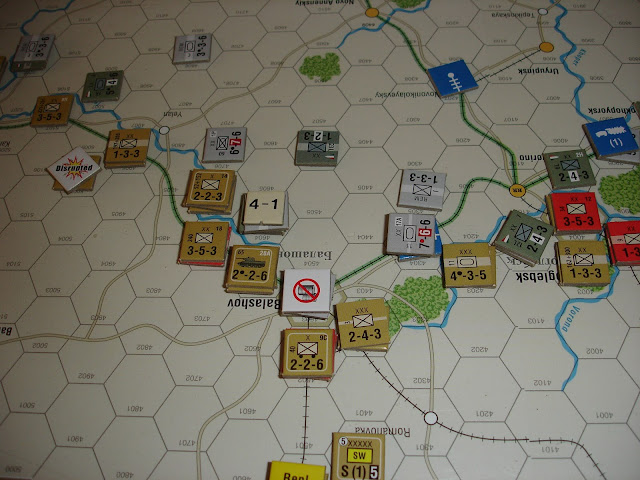 Another attack by the Soviets hoping to isolate the Germans in Balashov. 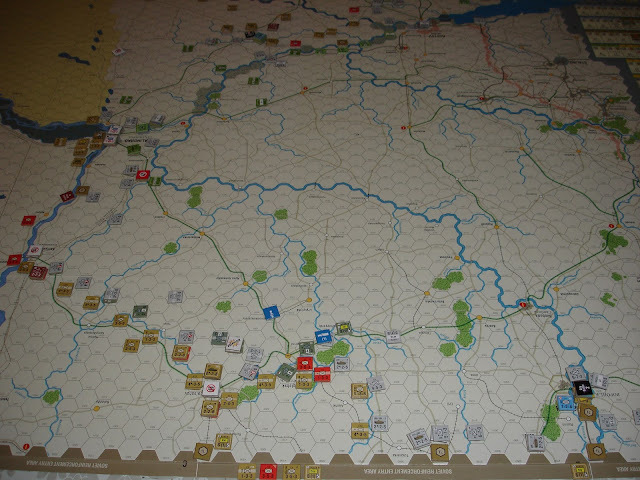 The north end Turn 21.
It could of rained, but it was overcast.
The fighting for Voronezh continues.
The Axis desperately need a few more VPs to avoid defeat. 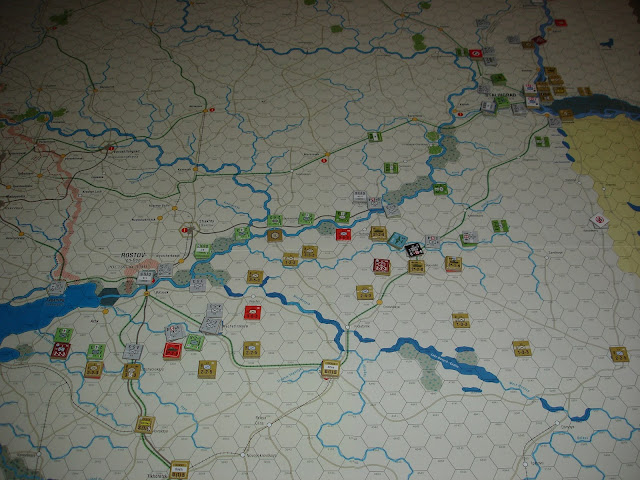 In the south the Soviets are having to pull back from the Don. 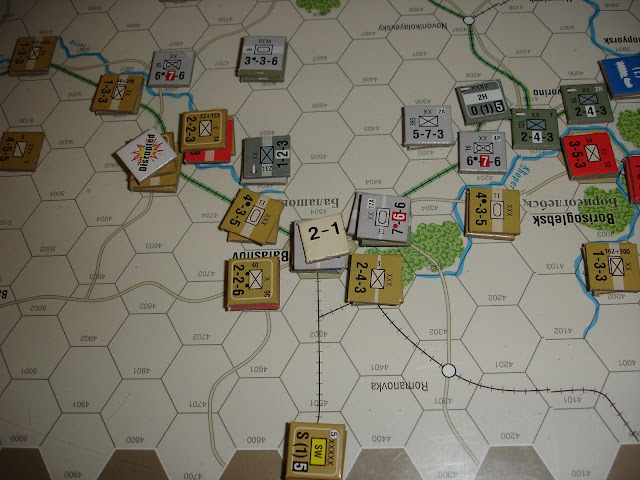 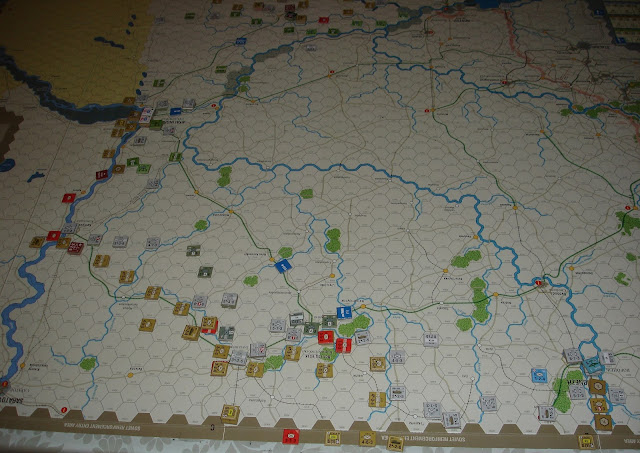 The Axis have captured Voronezh and an extra VP location in the north.
The game will go on. 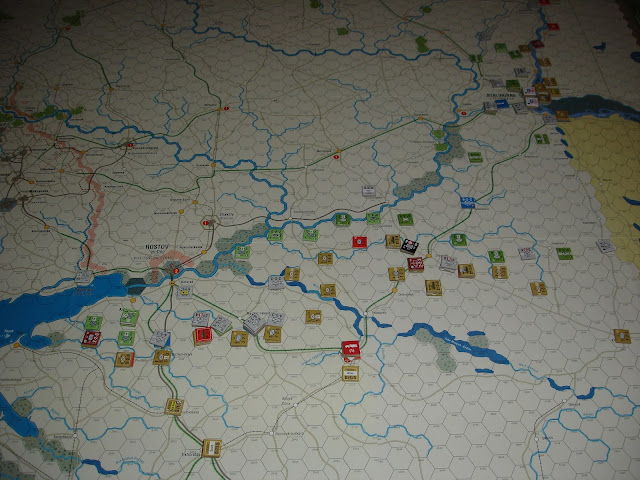 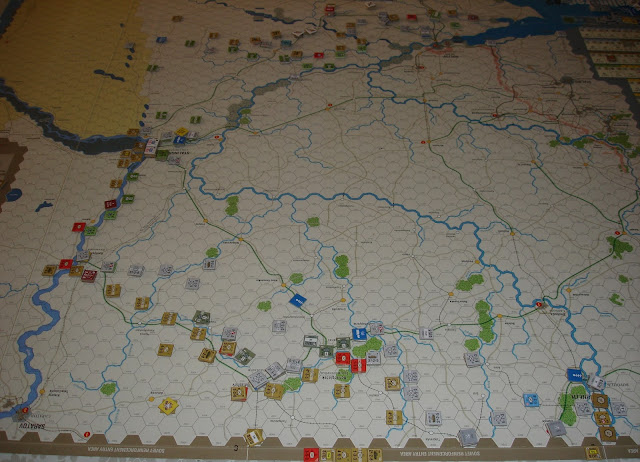 We had to stop halfway through Turn 23.
In the above image the Axis have finished their turn and it is up to the Soviet's go.
The Axis have been able to reinforce their line.
Is there a weak spot for the Soviets to attack? 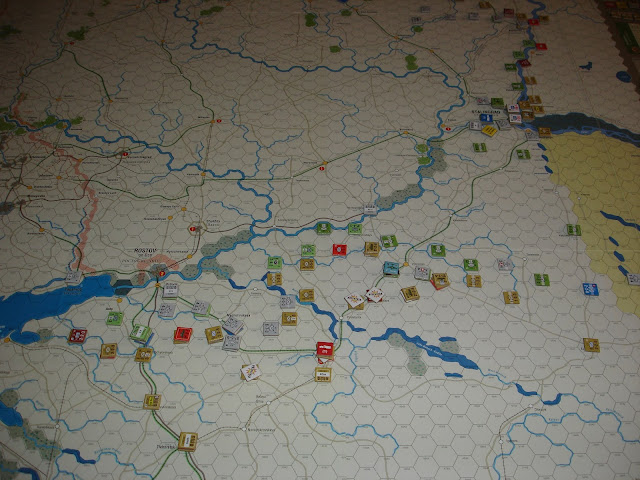 In the south an attack by the Axis has opened up a hole,
but they took heavy losses and perhaps might be a tad exposed?