Fresh off the rebasing board and onto the table.  Have they retained their fighting mojo?

Dave fielded Anglo-Danes and out scouted me.
I started to feel outnumbered...
He also used aggressive deployment.
My confidence returned somewhat. 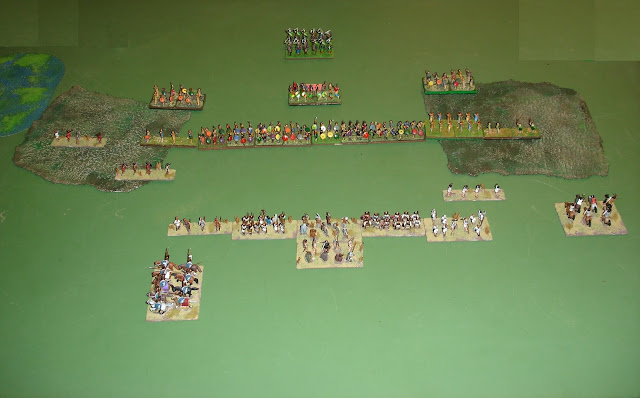 They advanced.
I pushed forward my wings. 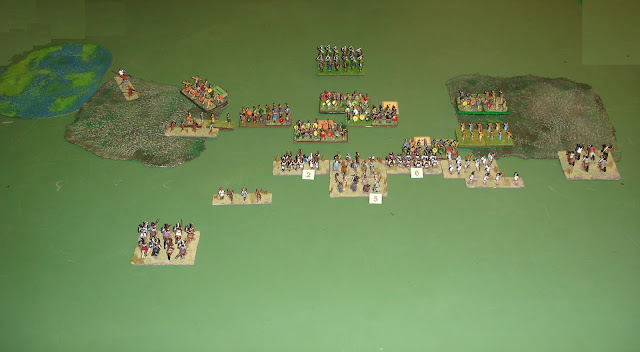 Charge!
The Anglo-Danes got a little bit too close and the Carthaginians charged.
A bit of mutual destruction on the left (both threw sixes for the Cohesion Tests)
but much better on the right. 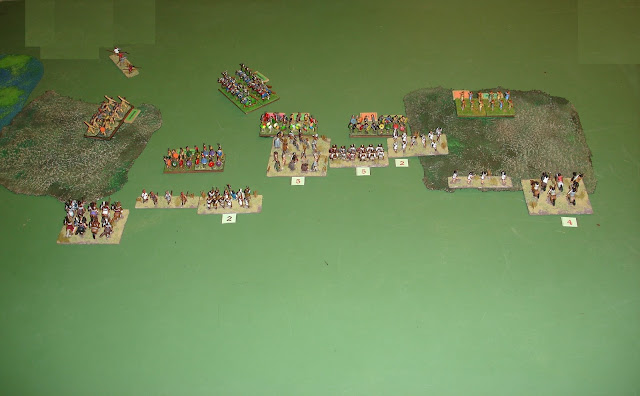 The Carthaginians hang back on the left,
but push forward in the centre and on the right. 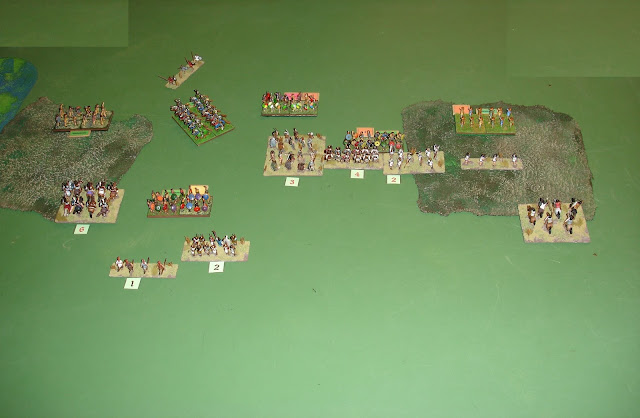 The Anglo-Danes are now close to breaking. 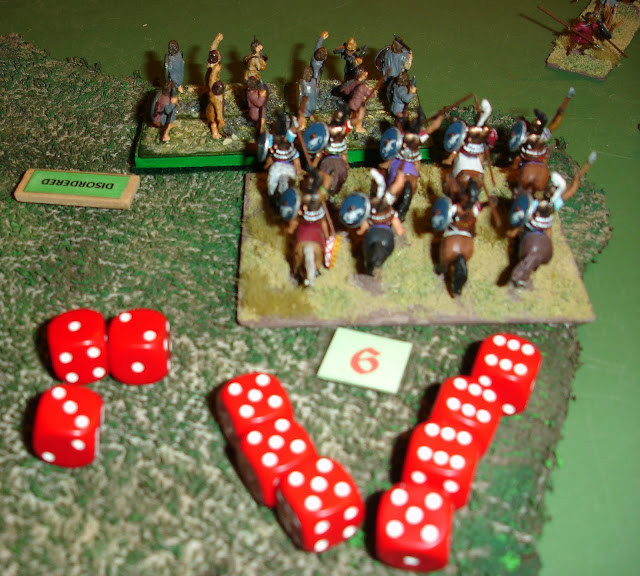 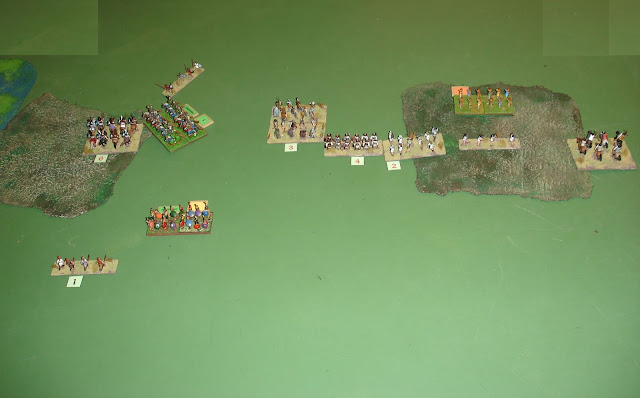 In a last spurt of fighting zeal,
the Anglo-Dane knights charged,
but achieved nothing.