The weather is becoming intermittently overcast.  No biggy, just the Luftwaffe can't fly so many missions. 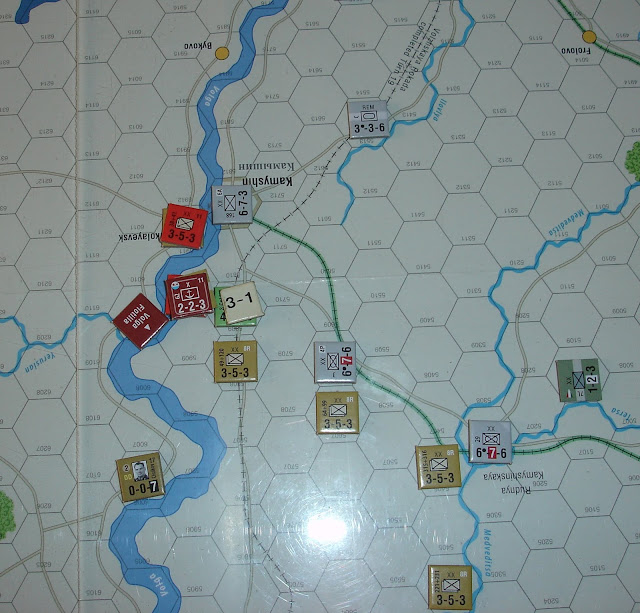 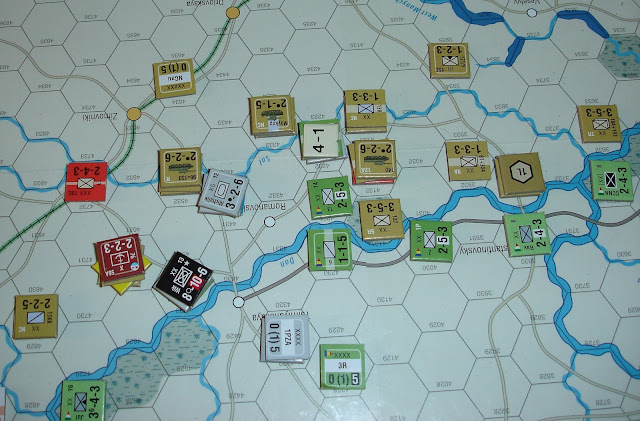 Down south it is a Rumanian that gets some attention. 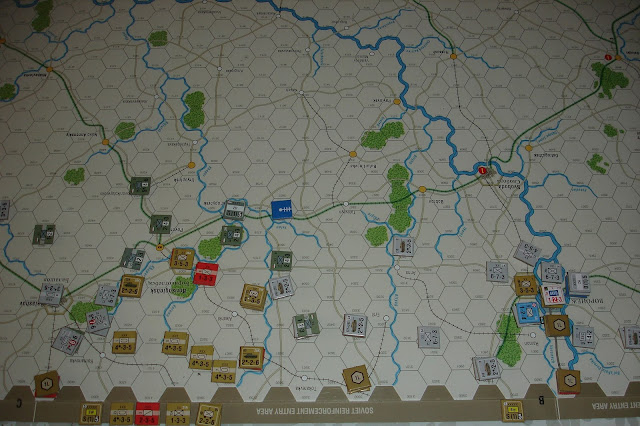 In the north there is still a sizeable Soviet presence. 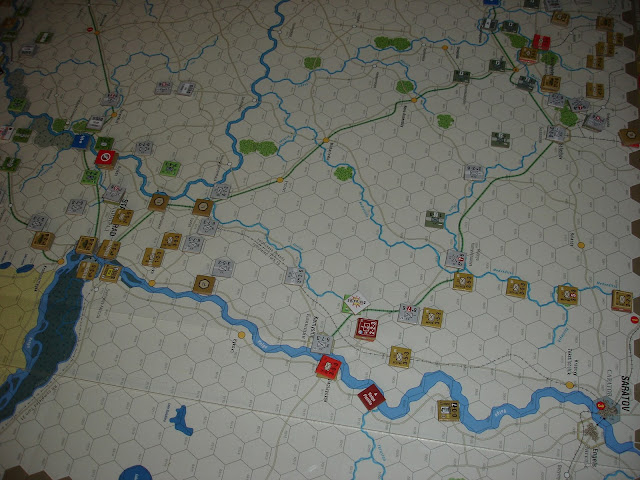 In the centre the Stalingrad defences are holding firm. 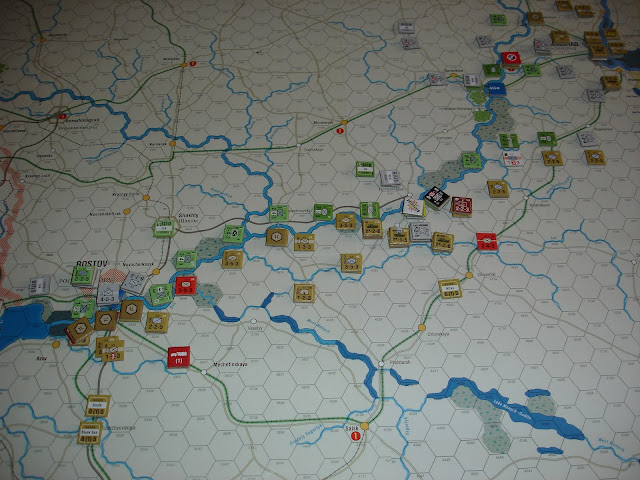 Down south Rostov has finally fallen,
but the pocket further along the Don has been contained. 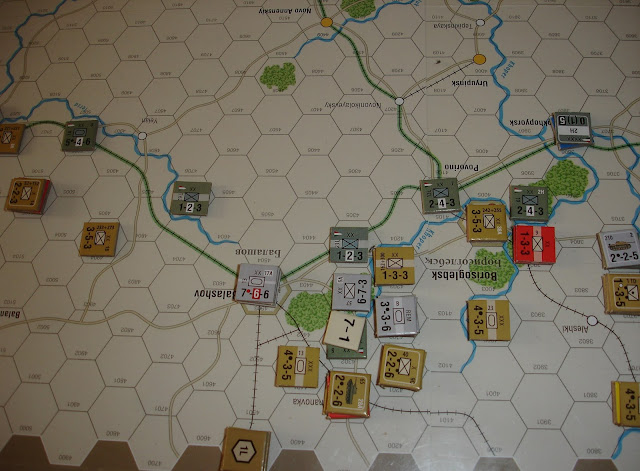 The Soviet concentration in the north strikes a lone Hungarian unit. 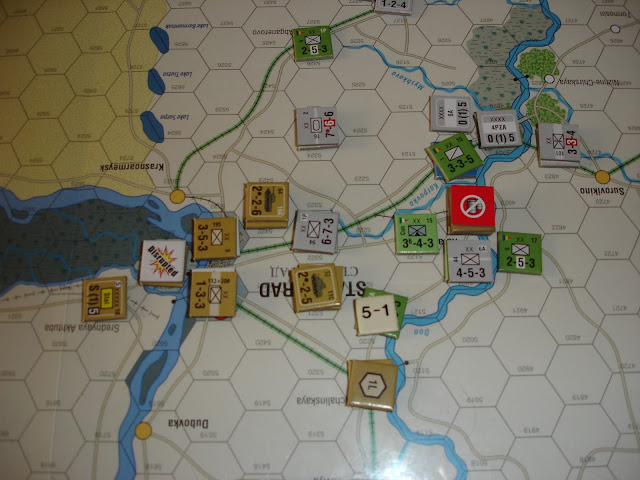 Keeping up the theme another Axis ally is attacked near Stalingrad. And so it goes down south.
Italian this time. 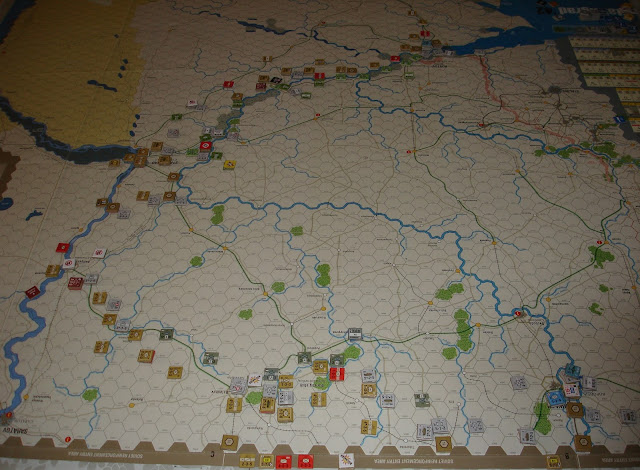 The big picture.
Apart from Rostov, where the Axis have been able to get across the Don,
the other fronts are holding firm. 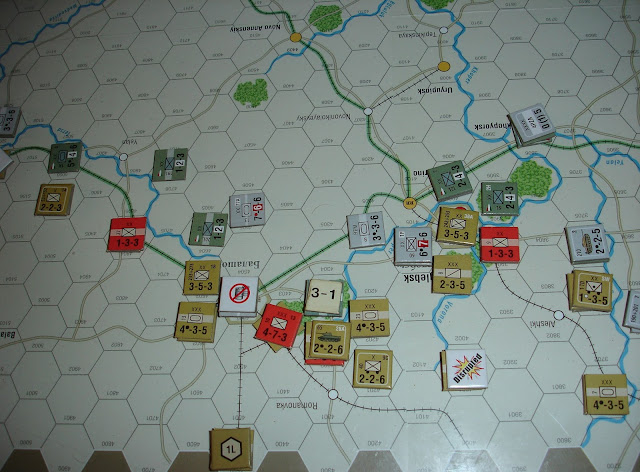 In the north the Soviets now attack a German unit
(well there is a Hungarian stacked with it). 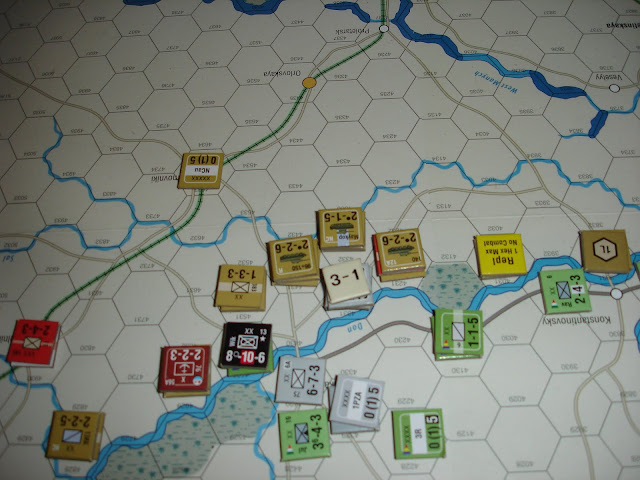 And in the south as well. 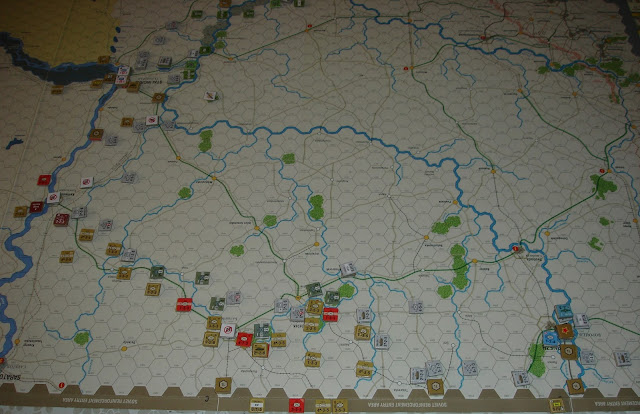 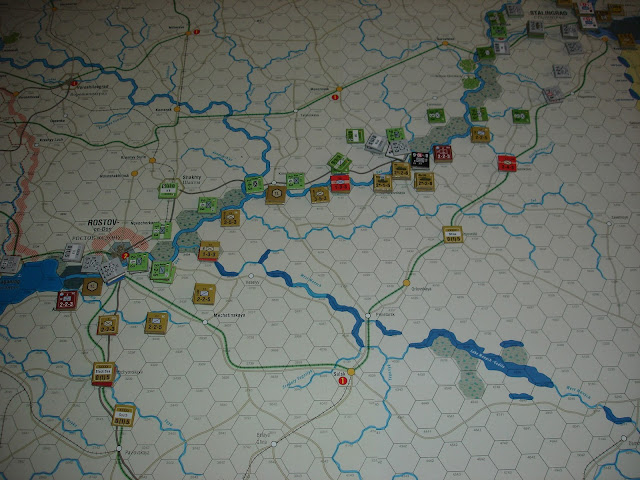 In the south the Axis have made progress in breaking out of Rostov,
but further up the Don they have been seriously pushed back.
At Stalingrad the Axis have approached the city's outskirts. 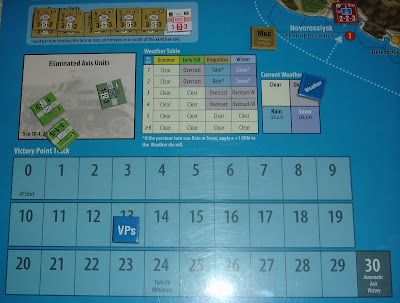 VP count so far for the Axis. 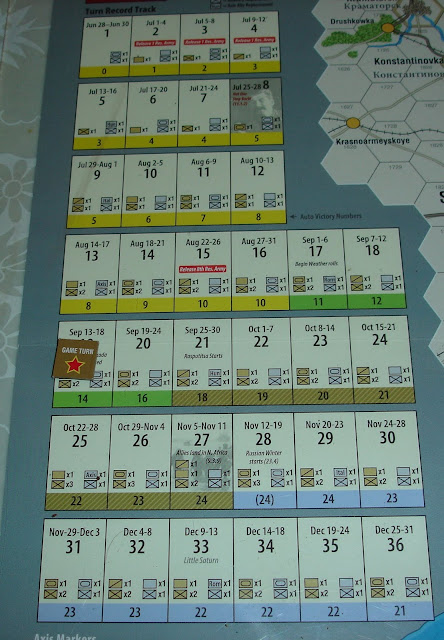 Turn 19 has just completed.
The VP tally is almost historical.
The Axis will need to capture more and quickly as the weather is a changing. 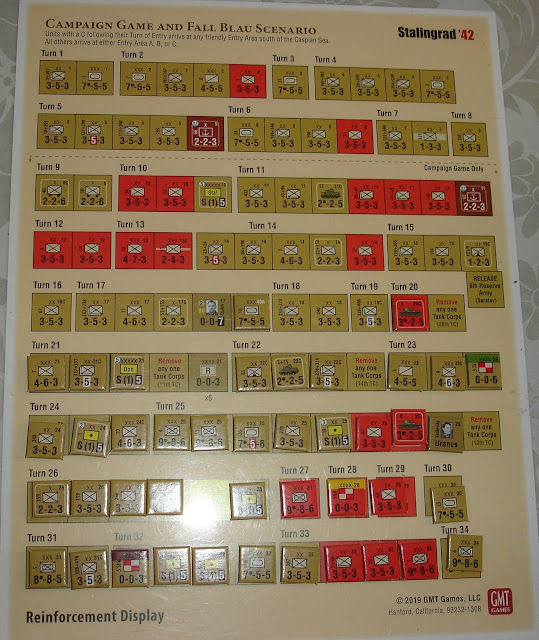 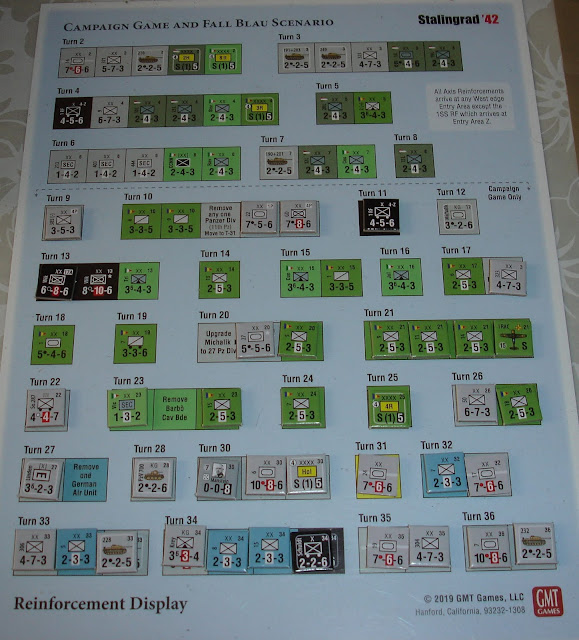 The Axis continue to receive reinforcements,
but some may arrive too late.