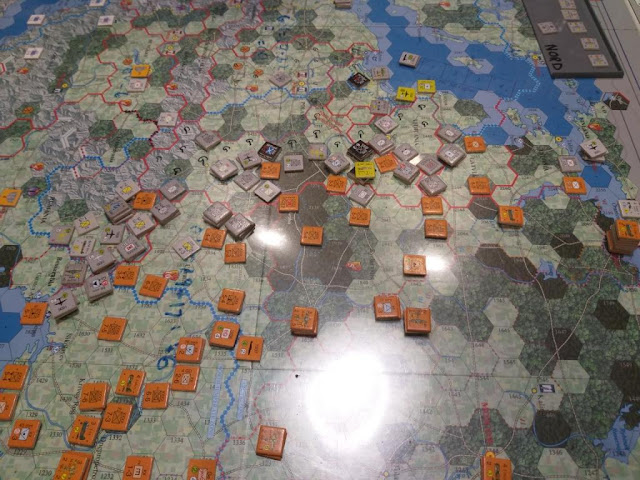 End of the first Allied Impulse.
Units are being sacrificed to slow the Axis advance. 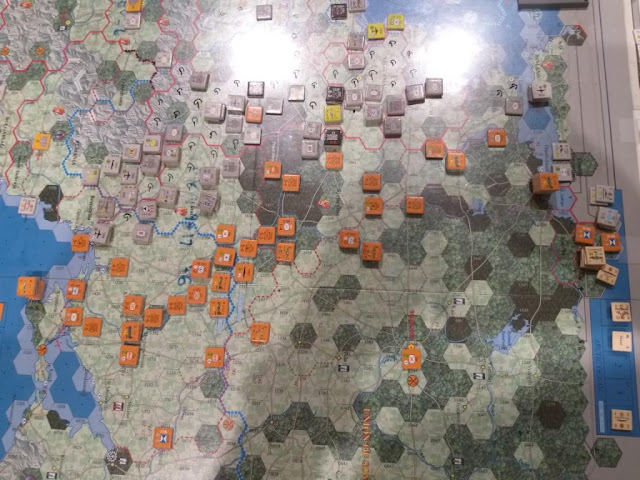 End of the second Allied impulse.
The delaying tactic has allowed a defensive position to be established in the south.
The north is a bit open,
but the Commonwealth have arrived and that will free up some USSR troops from the Finnish border. 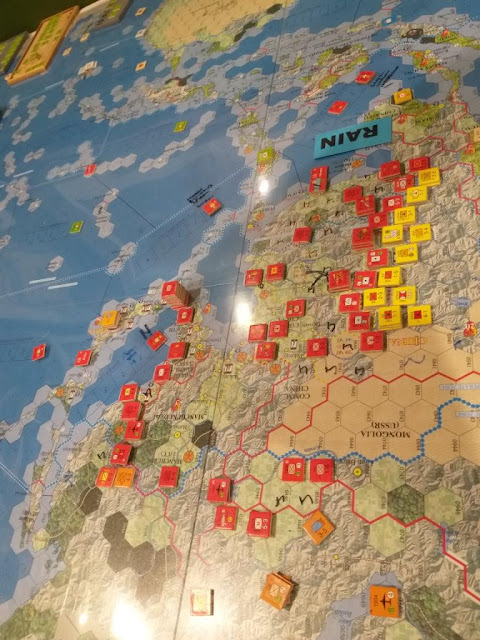 End of the second Allied impulse on the Pacific map.
The fighting is now on Mongolia
where the USSR made a counterattack against over eager Japanese mech units.
China has been bombed and shelled and the Japanese are just about to launch another attack.

We now enter the period of hoping for bad weather and a short term.
Posted by Sun of York at 3:04 PM