Another great scenario from https://www.hexesandminiatures.com/ww2-squares-rommel that Simon and I played out on Saturday at the club.  I had converted the map to hexes, but got the orientation of the hex rows wrong.  Doesn't matter in the scheme of things, just caused a little puzzlement at start.  The main thing was to have a fun game (achieved) and test out Rommel with hexes (perfect).  Only thing as you will see, my hexes are a tad too small... 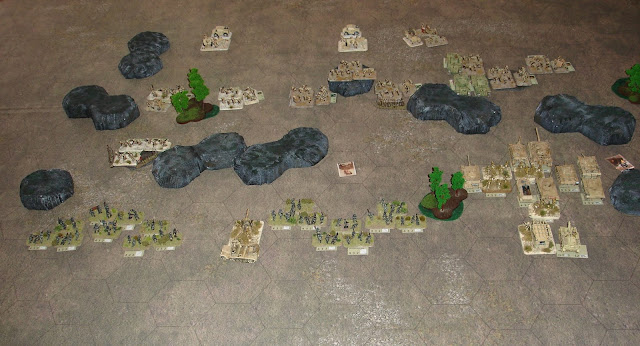 Deployment.  My hex mat provides a much bigger playing area than just 8x12.
But we just kept to the basics. 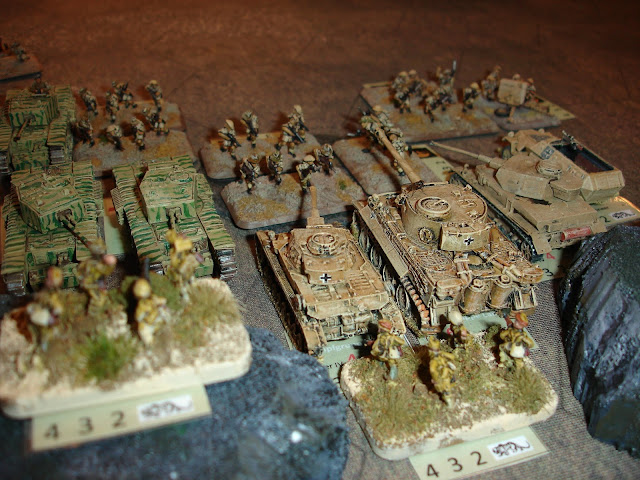 The problem with small hexes!
Pity. 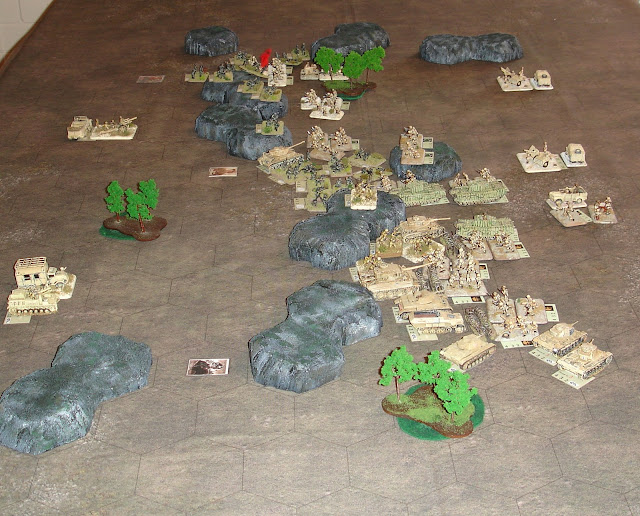 Kampfgruppe Lang had a hard time making an impression on the British defending Beja.

It was probably wasted attacking there and if I had given the objectives a bit of thought I might have opted for a bit of "road movement" to redeploy.  Even though the Rommel rules are straightforward there are still a few things we have not yet mastered - capabilities that we can turn into tactics (rather than trying to work out the rule or anything like that). 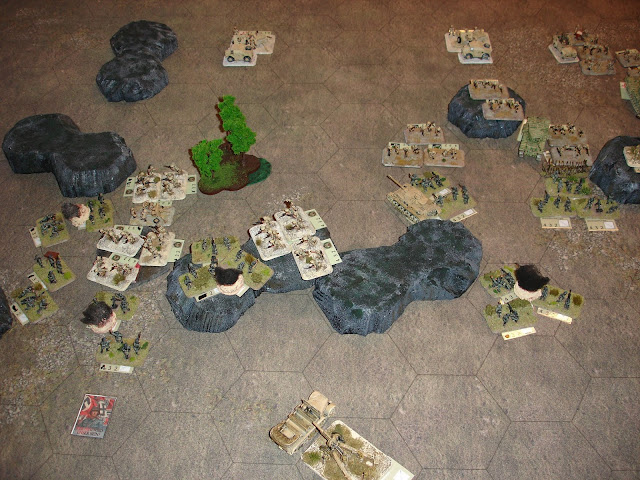 The fighting shifted to the other two frontline objectives
where the 754th and 755th Infantry regiments
were battling the British 128th and 138th Brigades. 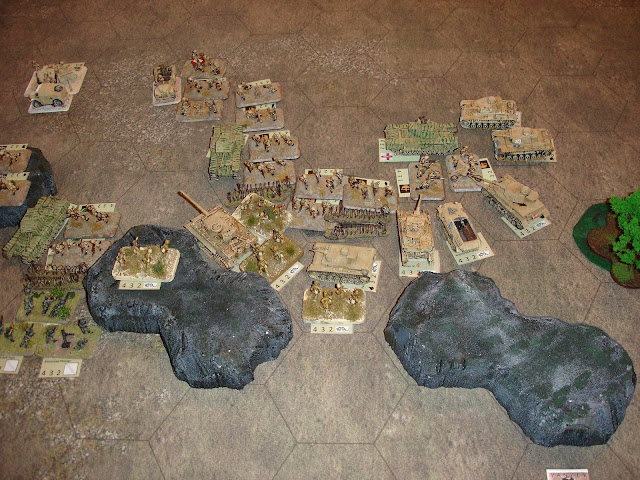 Eventually Kampfgruppe Lang switched its focus to the centre objective,
Tiger vs Churchill.
(first time these models have been used in action by me)

Black markers indicated spent units ("tipped"in Rommel jargon).
The red markers are a recent addition to indicate attacks and
essential in the confined spaces of this game due to the small hexes. 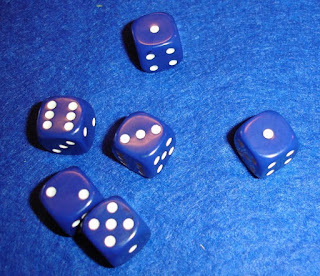 The low point of the Axis attack.
However the British had an equivalent roll near the end of the game
that robbed them of a chance at success. 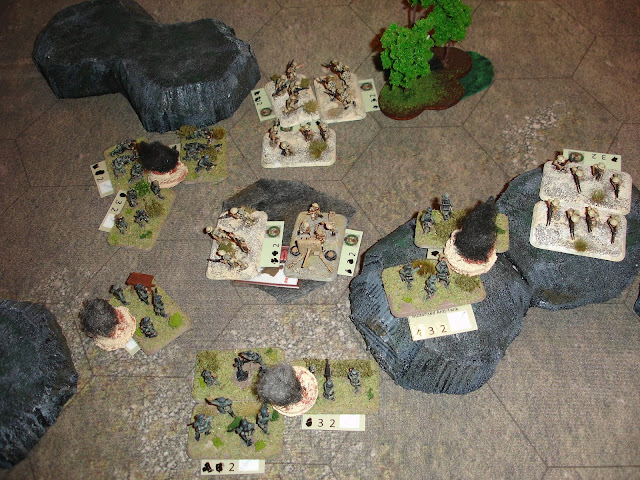 So close!
The two defenders are down to their last strength points.
The grey area represents an urban area.
The club building sadly had to be removed to facilitate play. 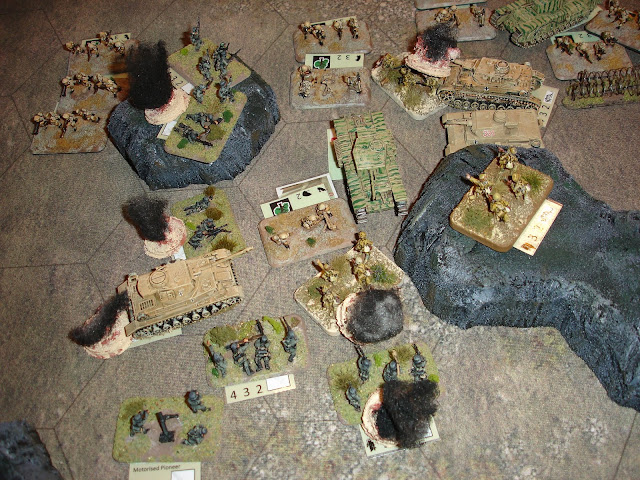 Again, so close to taking the objective.
The defenders are down to one step,
if only there were ops dice to make another attack before they can reinforce... 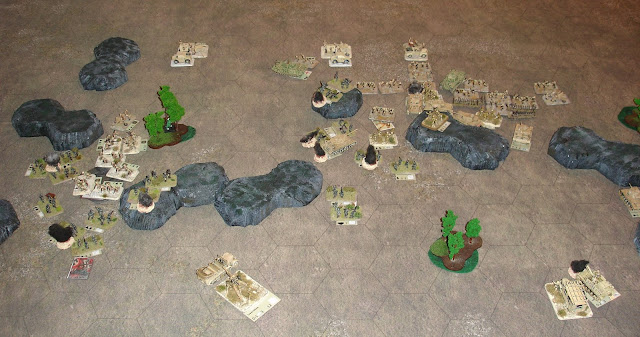 Both sides took a lot of punishment with about two thirds of the units being significantly reduced in combat power.  No objectives changed hands.

Great scenario as there was lots of thinking involved as how to best attack etc.

Apart from my hexes being too small, hexes are a good way to play Rommel.  The adaption was trivial and I think made a better game.
Posted by Sun of York at 10:06 AM