Last night at the club my Alexandrian pikes took on Dave's Indian longbow in a 500 point game of Impetus Second Edition.  We started a tad late, suffered a few interruptions and inflicted only minor casualties as will be seen. 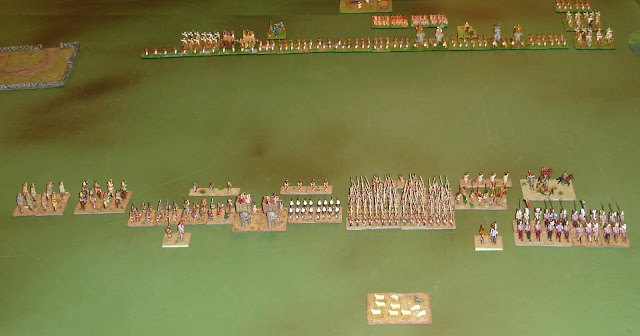 Deployment on the big table (6x4)
We rolled up three pieces of terrain each, two failed and the rest went to the flanks,
but as can be seen and will be seen they had no impact on the battle. 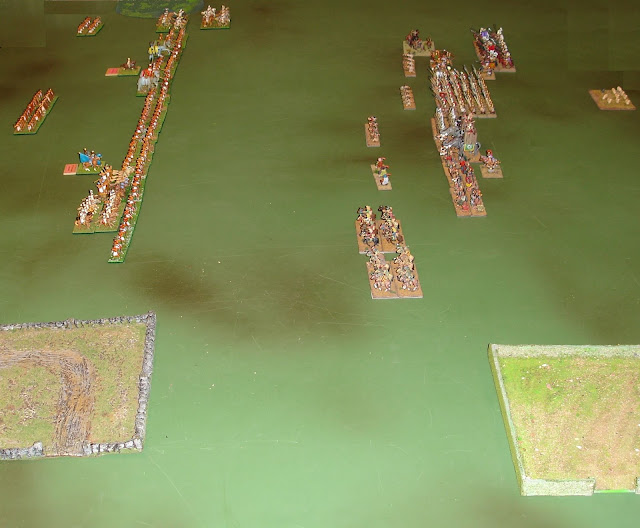 End of Turn One as seen from my left flank,
which is boldly advancing. 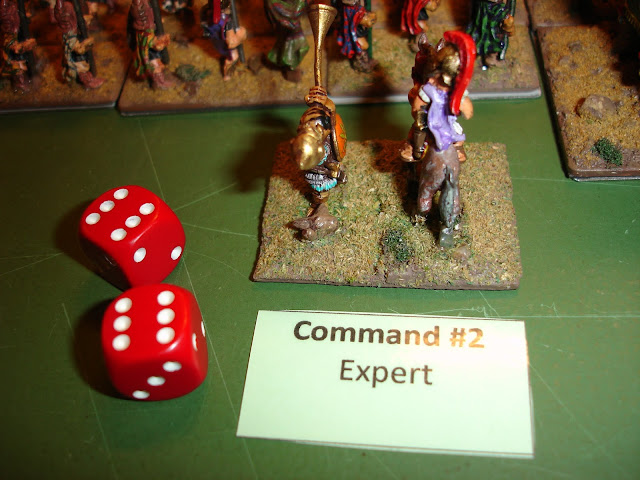 My left flank commander gets upgraded,
or rather has his expert status locked in. 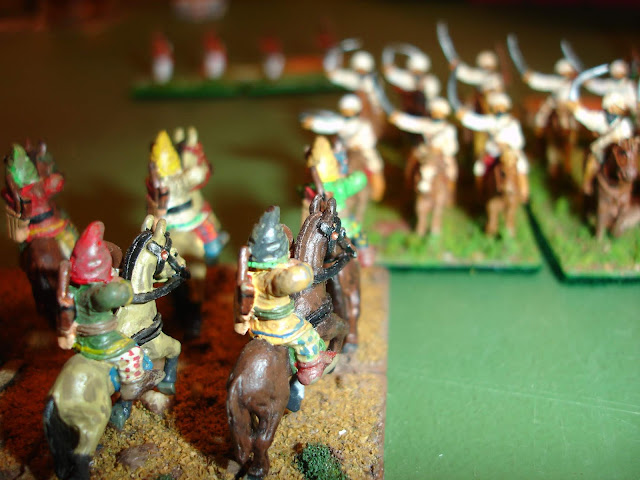 My Scythian Horse Archers start to make a mess of the Indian medium cavalry.
I asked Dave what they were armed with and he said "Nothing"."
Still, they died hard (using up a number of Dave's Tactical Cards in the process).

End of Turn Two as seen from the Indian side.
At this stage the battle is going well for Alexander. 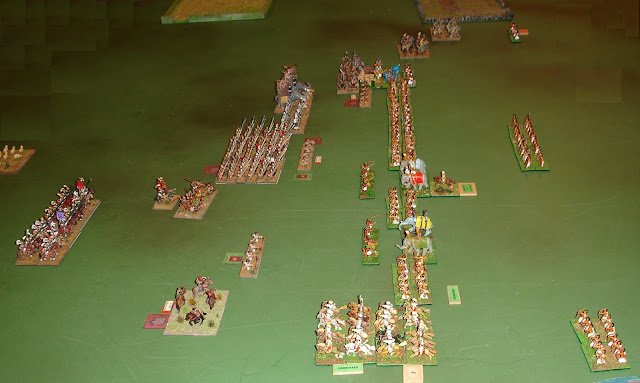 End of Turn Three seen from my right flank
which has just come a cropper.
The Horse Archers on this flank, despite the use of Tactical cards, failed badly.
My skirmisher screen has suffered much the same fate.
Time to close. 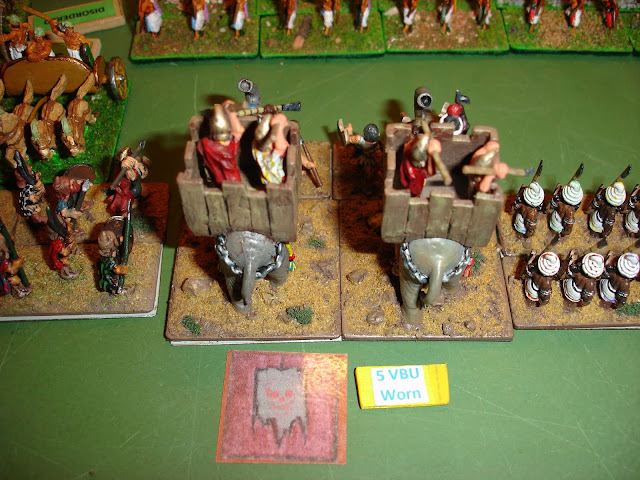 My elephants pulled off a perfect charge,
then, despite using three Tactical Cards on them.
failed to even scratch their opponents.
Disappointing! 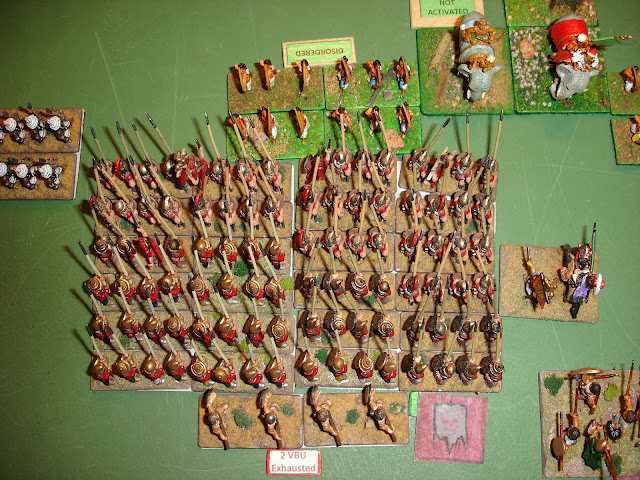 My pikes also had the same dismal outcome! 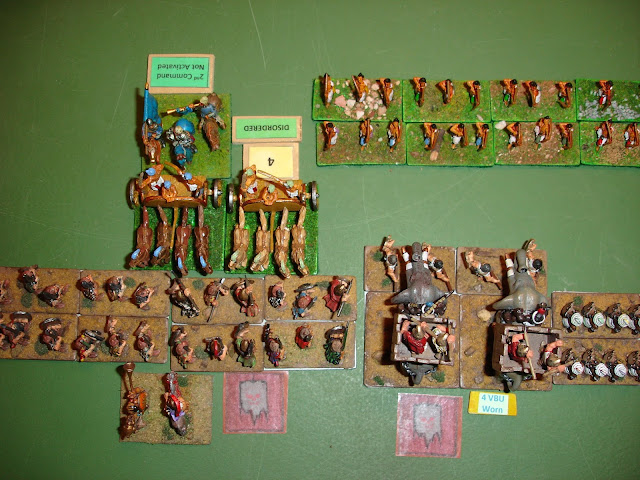 It was not all one sided with the Indian chariots failing to get a result.

At this stage we decided to call it quits.  Obviously a monsoon had hit and stopped the fighting. 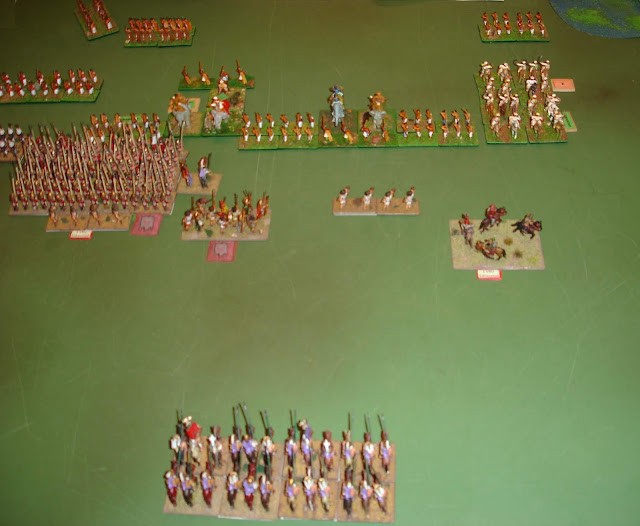 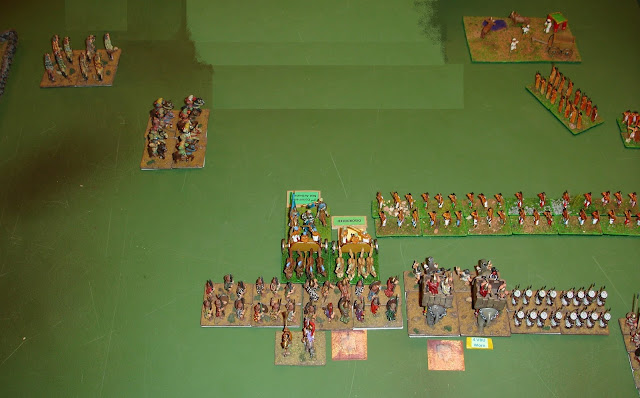 The plan is to try again next week, but with just 400 points.  Playing with the Tactical Cards has become a whole new level of game play and while they make for a longer game, they do invoke some more tension and decision process.  Often rerolls produce the same result, such is the fickleness of Lady Luck, and this always produces a good laugh.
Posted by Sun of York at 6:34 PM