Going back to 400 points, my Alexandrian Imperials had a tough fight  against Dave's Classical Indians. 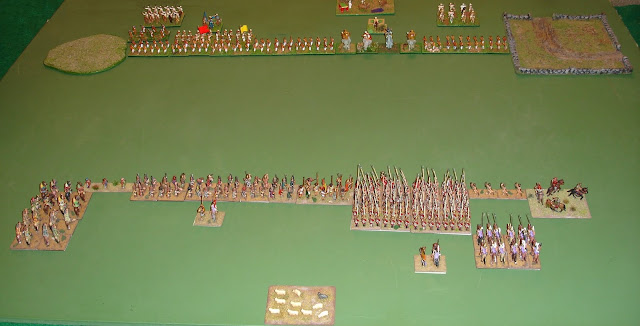 The "Heavy" command with CinC is on the right,
the "Light" command is on the left.
I got to deploy second and so lined up my pikes against the elephants. 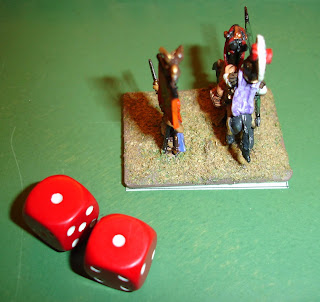 The Dice Gods didn't think much of my deployment
and straight away my CinC was downgraded.
Bummer! 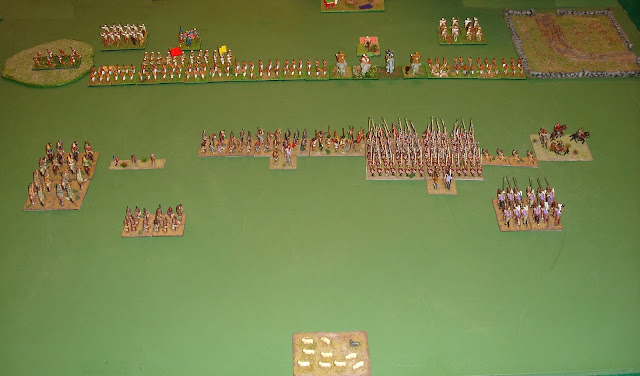 Not wanting to waste time under the shadow of the longbow,
my army makes a double move. 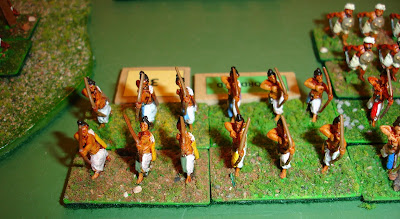 On the left I have some success. 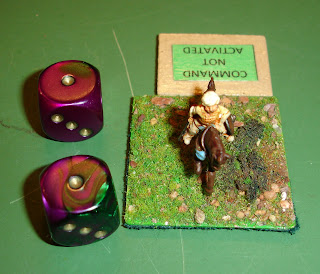 But things get better when the enemy CinC is downgraded. 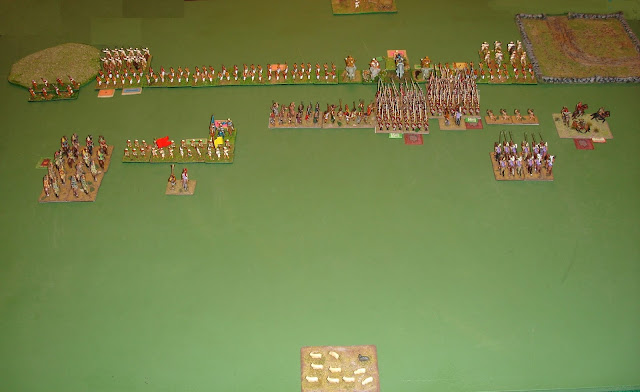 Turn Two and contact.
My pikes were less than successful.
They could do better :-)
On the left the Indian heavy foot ran over two of my Thracian light foot. 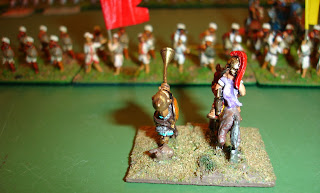 The left wing command is left wondering where his troops went.
And whether his command is now really broken OOPS! 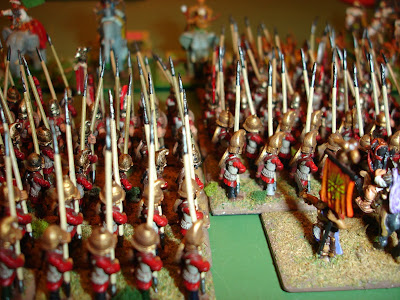 The pikes grind on. 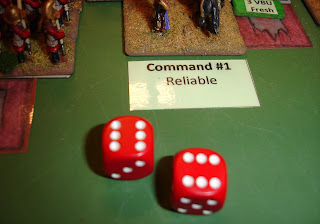 The Dice Gods change their minds about my CinC,
but it is too late,
the reputational damage has been done. 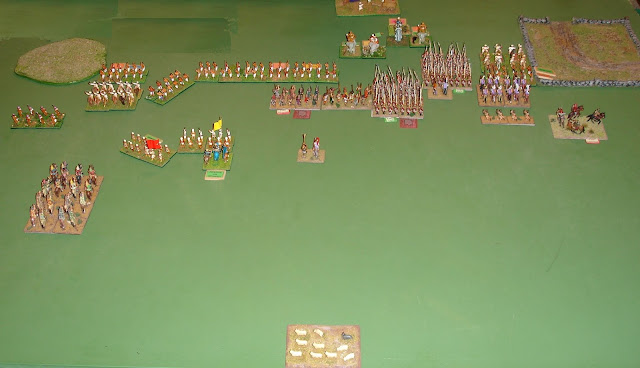 Turn Three and my left wing is about to collapse.
Maybe it already should have... 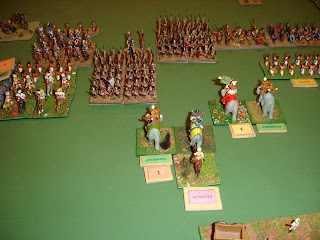 But the enemy elephants are in a sorry state. 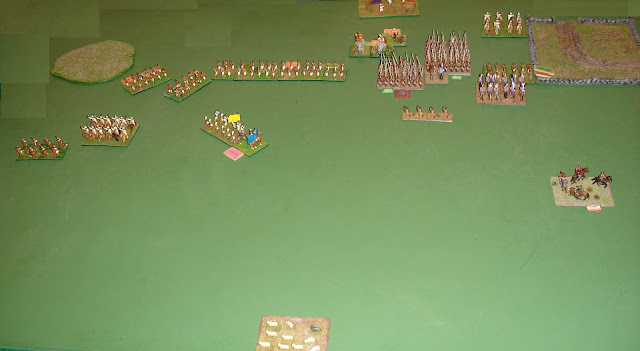 Turn Four and my left has shattered.
I just need to take out one more enemy unit on the right to break that command. 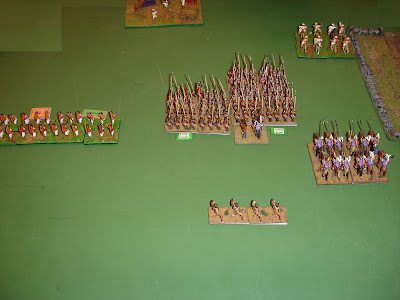 My elite cavalry took four goes to inflict a single killing casualty on the unit they had been facing.  The number of dice rolled were 9, 6, 6 and 6.  Only on the final roll did a six come up.  Thankfully my other troops had fought better.

Dave had five tactical cards, I had four.  All were used to good effect.

Great game, but it might have been a victory for the Indians depending on how we use the 33% versus 50% break levels.