After playing this scenario with Simon on Saturday, I was able to play it again with Richard on Thursday.  However I had made a big effort and drew up a 6 inch hex mat.  The previous game had been on my commercial 4 inch hex mat which had proved a tad squishy. 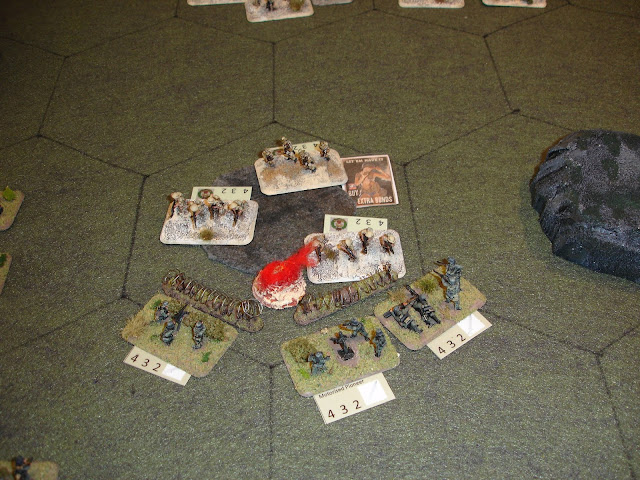 The first of many German attacks on one of the urban areas (C10)
and objective points. 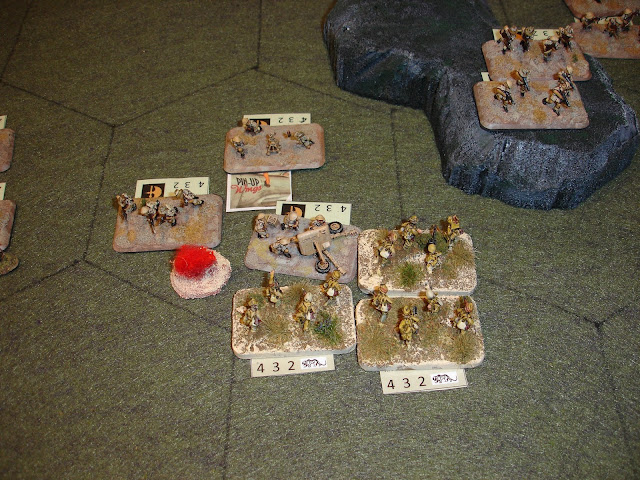 The panzer grenadiers of Kampfgruppe Lang make an attack hoping to clear a way to Beja. 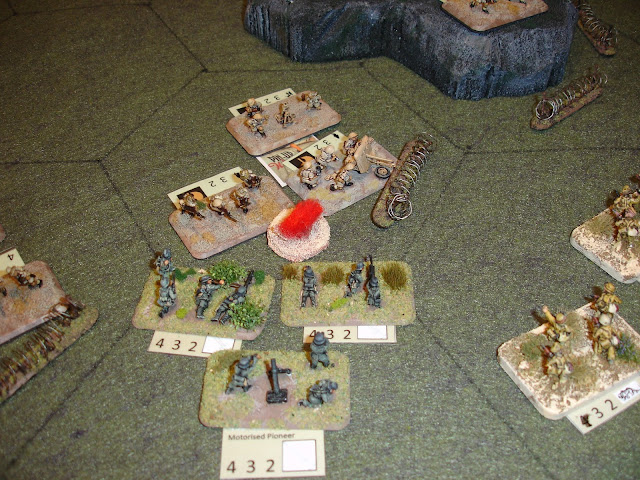 Another attack is made toward Beja, but the British have dug in. 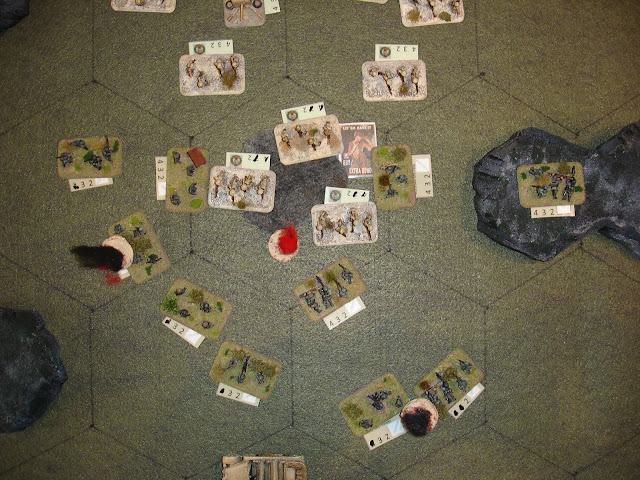 The Germans are having a tough time fighting for the urban area (C10).
It really has become a battle of attrition. 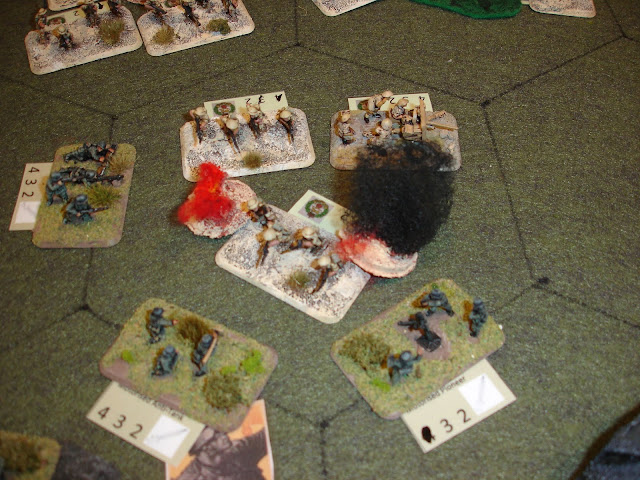 However it is captured and the German infantry press on. 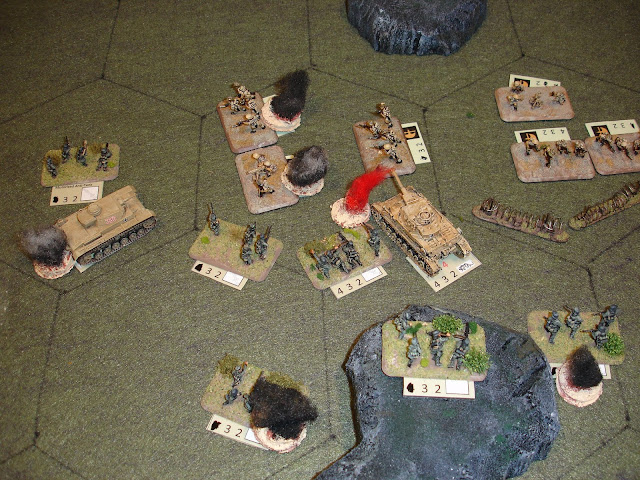 Back towards Beja and the Germans are trying to outflank the British defences. 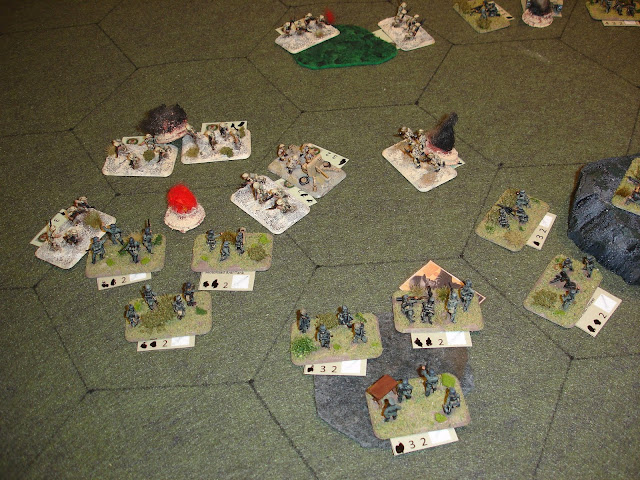 British counterattacks go in against the urban area (C10). 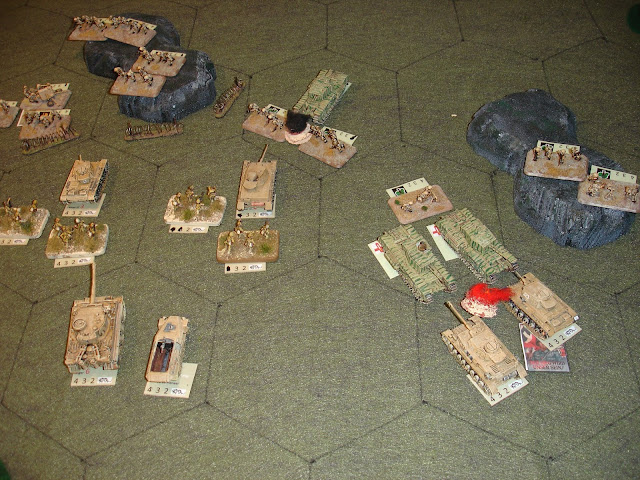 The Churchills come out to play. 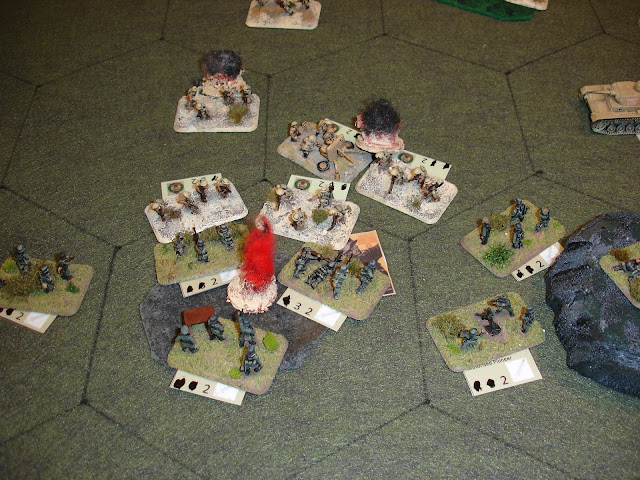 The last desperate counterattack to try and retake the urban area and the critical objective (C10).

The game plays much better on the 6 inch hexes, I just need to redo some of the terrain pieces.

The tactics needed for this scenario still aren't clear to me; a few more plays are required.

This was Richard's first game of Rommel and he picked it up quickly and seemed to enjoy it.
Posted by Sun of York at 11:21 PM