March/April 1941 gave the USSR an extra impulse to finish its defensive preparations in the west.  Unfortunately the Axis now have the initiative in the plus 2 box.

Builds for the Chinese were a cavalry corps (Com) and a garrison corps (Nat) (4BP - which were 2 plus 2 from cadres).  For the USSR a HQ, two motorised corps and a mech division (16BP) 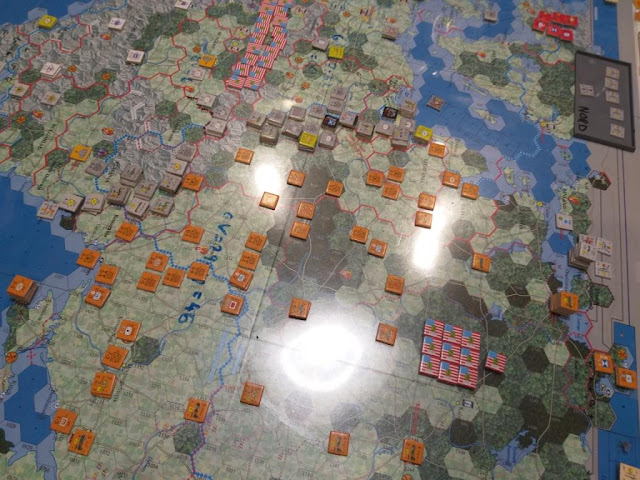 Not perfect, but it is basically what I had planned.
Would my plan survive the first impulse of battle? 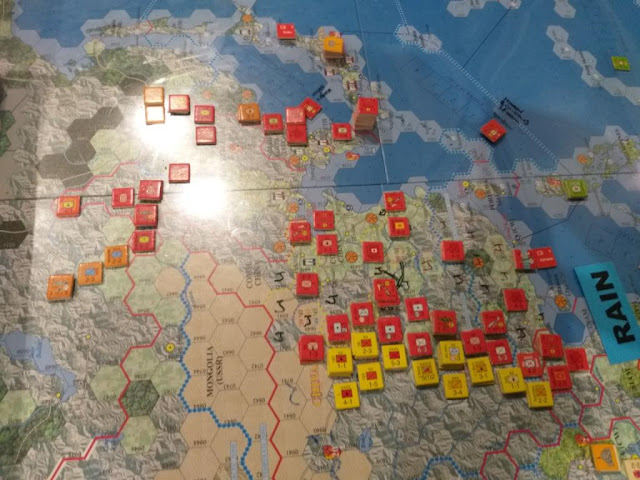 I had flipped about with my eastern defensive strategy.
This meant it was only half baked,
but I wrongly thought the Japanese were also unprepared ... 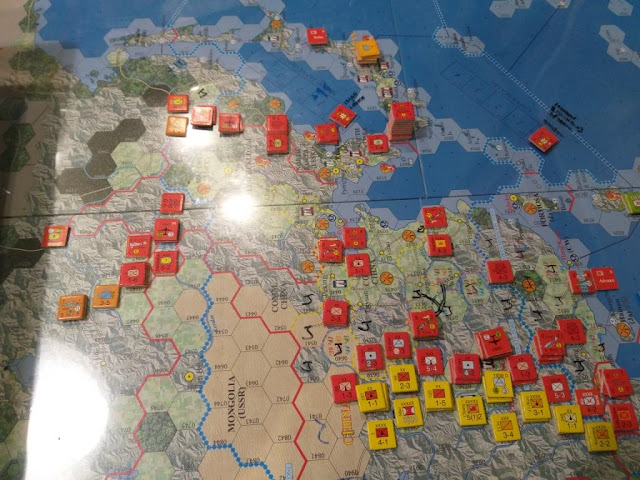 Defeat in the east.
With the loss of Vladivostok I can at least sue for peace and put this debacle behind me. 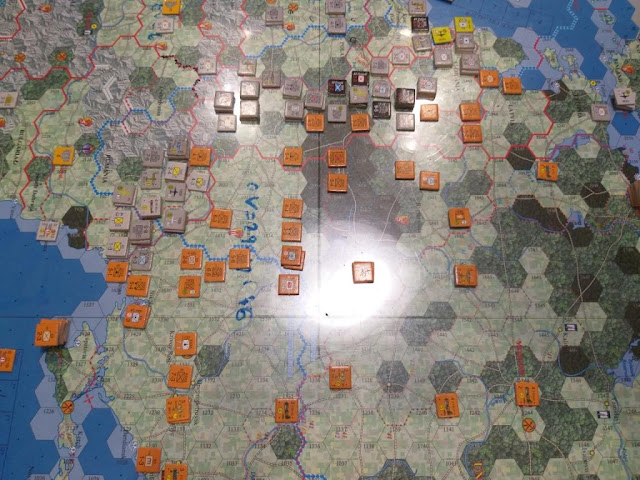 In the west my plan half worked.
I was surprised by a naval landing and a paradrop along with the Finns attacking Leningrad.
The Finns lost (phew!), the naval landing in Estonia will just hurry up the retreat from the Baltic.
The paradrop is more interesting...